Bread (behind her on the counter, in some photos) and cupcakes. Devyn had seen a Youtube video about cupcake decorating, and we went and got what we didn't already have to make them just like those. Hers are much prettier! 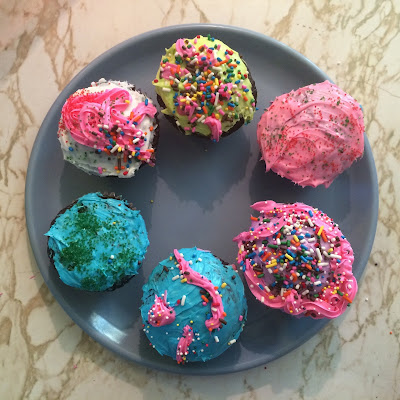 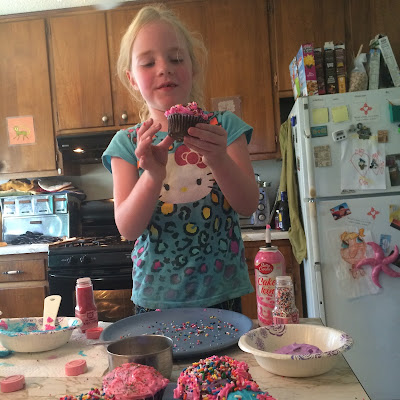 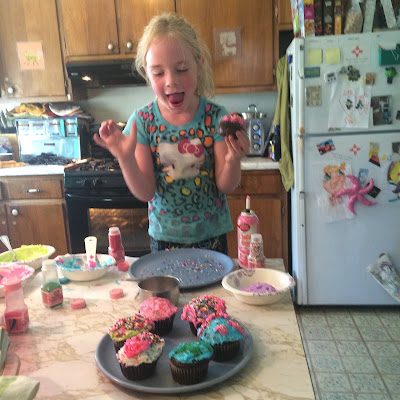 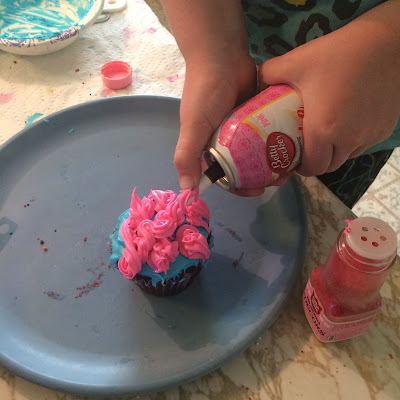 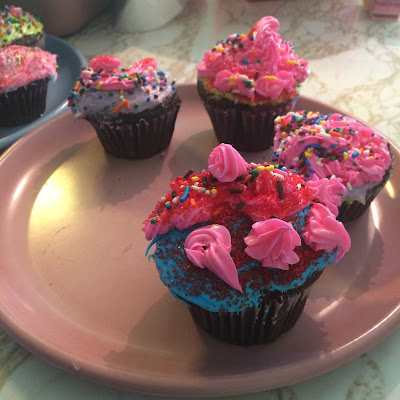 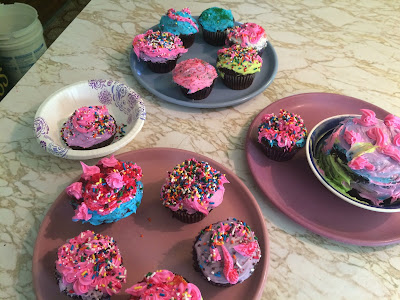 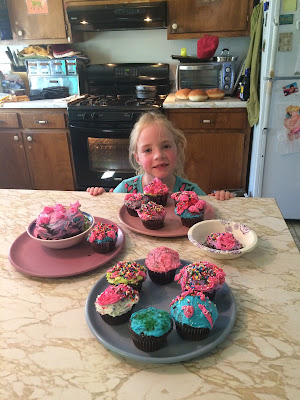 Sometimes I wish all the writing I did in discussions and on facebook came here instead, but life is as it is. I wish all the paper letters I had written to other people could be read and the facts laid out in chronological order for my kids. I wish many unrealistic things, many of a packrattish nature.

Two big things of a personal nature, and two big more public things came together. I had pneumonia for most of August. Keith was bedridden and in pain in varying degrees for most of this month so far. I wrote the foreword for a book by and for unschooling dads, edited by Skyler Collins. I was a presenter at an online conference involving powerpoint or slides, and those two things are done. Both might've been easier without the pneumonia and back injury, and doing those kinds of big-deal projects without witnesses seems odd to me. Keith knew I was doing them, and helped me with power point, but working all alone without others, without co-workers to have lunch with, without anyone ever seeing all that I do, is odd and sometimes lonely.

I just finished formatting and adding to a page that I started and forgot about. It was from 2006, and looked like two lumps of words with one bad link. It's better now:
What Proof is there that Unschooling Works?

Wednesday night, we went to see The Book of Mormon at Popejoy. Keith couldn't sit up long enough to see a show, so Bed Cady took his ticket. It was me, Kirby, Destiny, Devyn; Marty, Ashlee and Ben; Holly and Tyler/Bob. 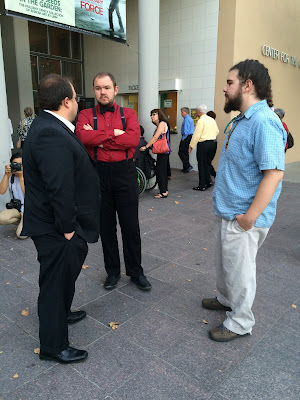 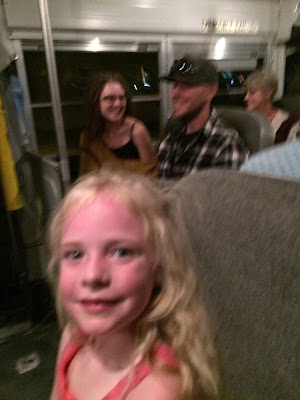 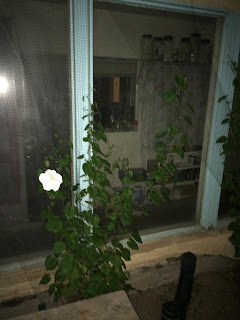 Outside my house, there are moonflowers blooming. Fall comes soon.

Kirby and Destiny have found a house to buy, only about 1/3 of a mile from ours. They will be transitioning there over the next few months, and plan to be in Dallas with Destiny's sister for Christmas.

Brett Henry married Susan Cady Friday night, in Algodones. Marty was the groomsman (one best man and one groomsman). Kirby and Destiny went, too.

Holly is moving gradually from Chama to Española, to live with Joshua, Kayla, their new baby (still to come) and Irene, at the end of San Pedro. She should be all moved by mid-October, when the trains stop running for the winter.

When I first got an iPad, I was messing with the camera and took a photo of the table in front of me, of chairs in my kitchen, with the brown background of the back of the center-island cabinets.

Later when I couldn't find it, I took a similar one. If I find that I'll bring it here, too.

This was totally unplanned and unposed. The other one, I think I cleared stuff off the table so I wcould only see the browns, and was probably more onscious of how the chairs overlapped.
Posted by Sandra Dodd at 11:47 PM No comments: