The antlers were in all the mirrors. If anyone wants large mirrors, the antique shop in Ashford, Surry, has Many. It was hard to see the mirrors, for all the odd treasures. 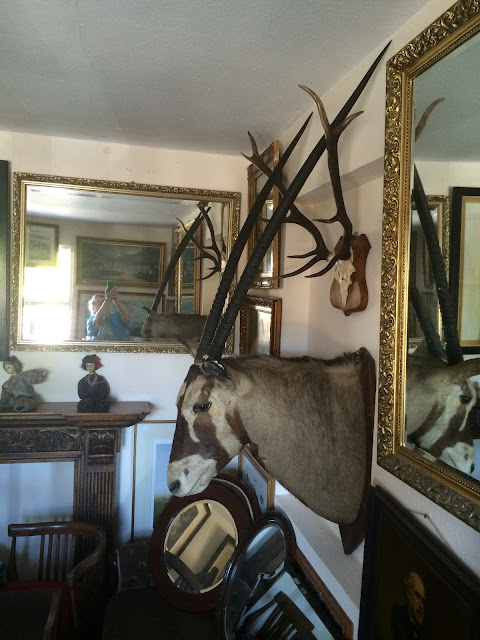 The building used to be a pub. The largest room has two skylights, which enabled Jesus to fit up among the chandeliers (and to have a nice lighting effect on his head, too): 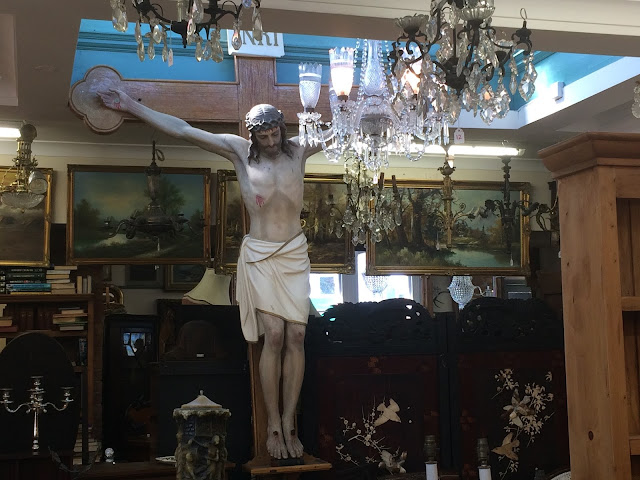 A mystery I'm pondering, rather than looking up. 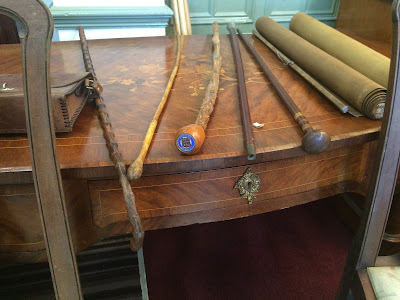 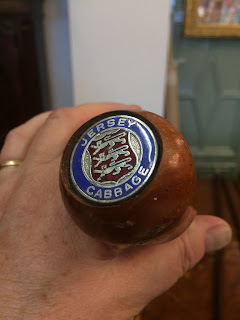 James says "cabbage" is not a term for the operation of a taxi service, but it does look like a gear-shift knob. And another of them seems to have a door knob as handle. I'll look it up when there's a lull, someday, maybe.

This seemed to be Indian workmanship, on thin metal attached to/around a wooden horse. Pretty wonderful, but impractical to own outside of the local area. 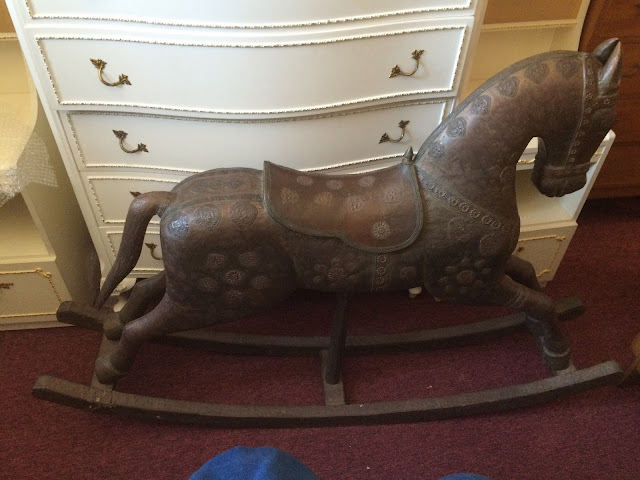 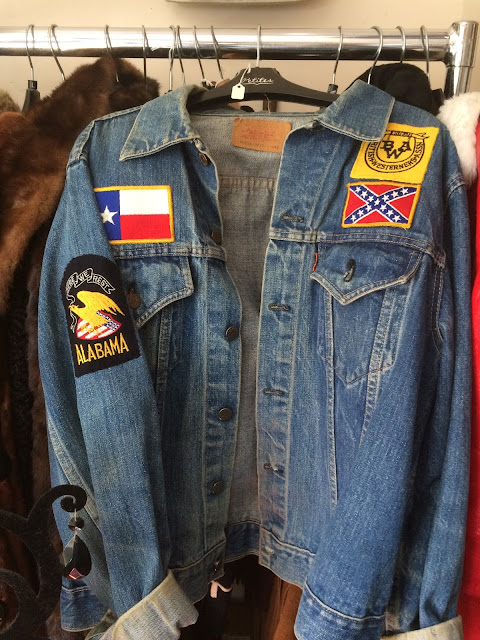 In the left breast pocket of that Levi jacket were two little bullets. I didn't photograph them, or some of my friends could surely have named them. I did look up the organization on that upper patch, and write to the editor of their magazine, saying that if there's someone near, they might want to go there and get it (with some directions about where in the shop, and where the shop is). Said maybe don't mention the bullets, when purchasing. So he wrote right back and invited me to a round-up in a couple of weeks. I will be RIGHT NEAR THERE, three days before. It's a group of people interested in U.S. history from 1700 on, mostly Western history. It would have been fun to be there, but the round-up is near The Wash (which I had never heard of it until playing "Articulate" with Adam, Meredith and Julie a few nights ago), and I will be in Brighton.

British Westerners' Association
Shops like this one are as good as museums for me. I can take photos, touch things, ask questions, and if something is really wonderful, I could potentially take it home—at least as far as Julie's house, if not to Albuquerque.

Outside was a beautiful old pump, and these are not all the cool things, but they're a representative sample of a thousand things. Carved chests and wooden buckets might get their own post. 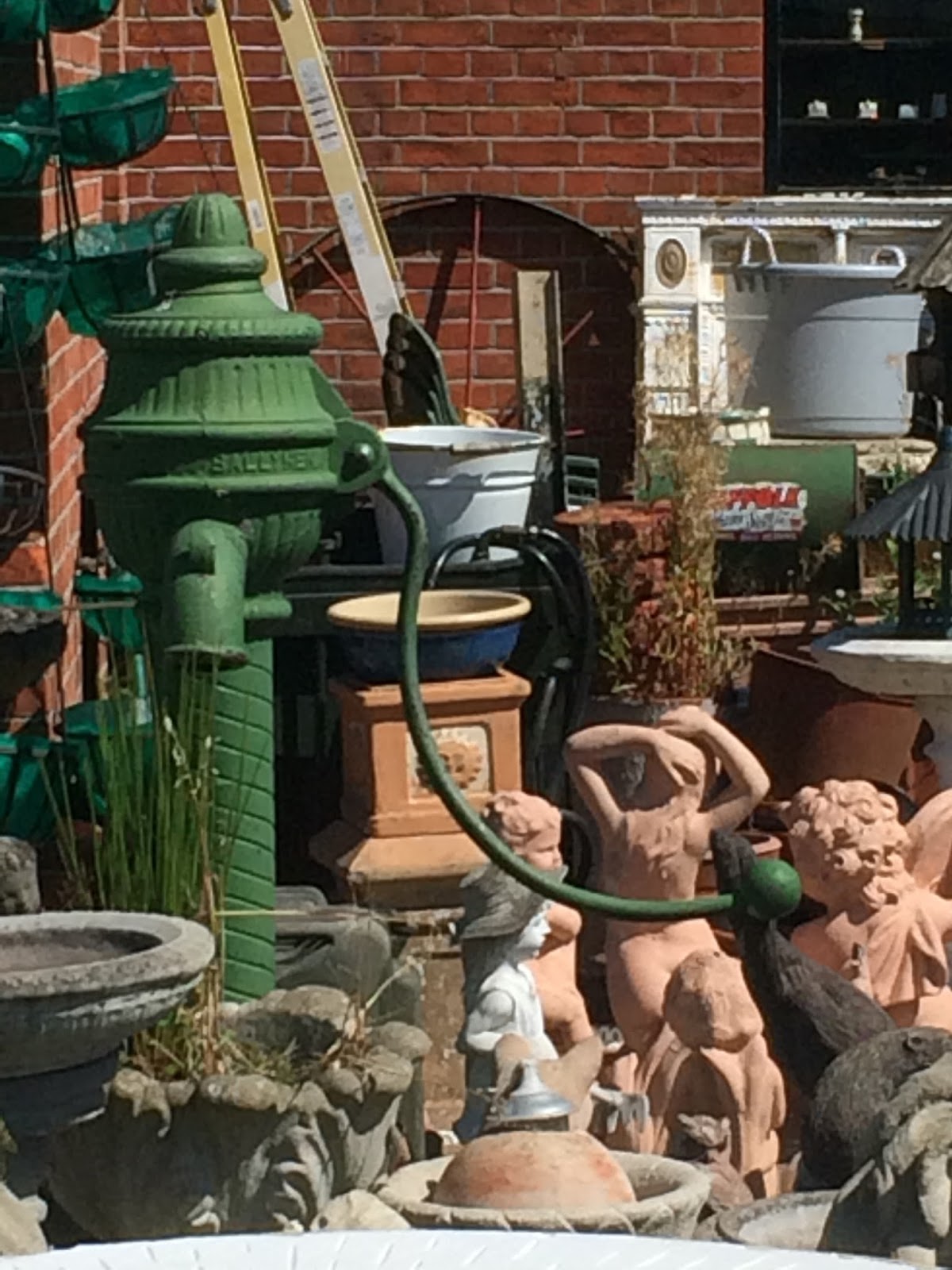