I brought a few small rocks with me that I picked up from gravel in Albuquerque. They were all river rocks (rounded), of porous and bubble-filled lava rock. Some were like these, and some *were* these:

Today in Liphook I saw gravel made of black slate: 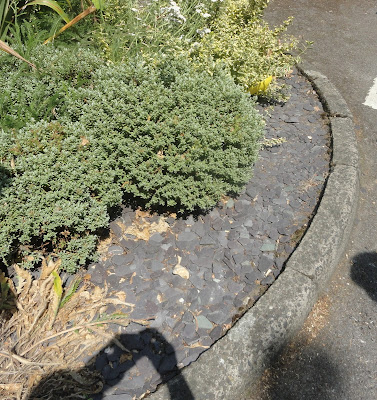 There is the shadow of my camera, and of two people wondering why I was taking a photo of gravel.

When we were in Zaltbommel, in the Netherlands, where they don't have rocks, and make their castles and bridges of bricks, there was a long path and a public area done all in gravel, of the sort they do have.


There was in the fountain, some regular gravel made of rocks. I don't know where they got it. I'm not exaggerating their use of brick. Roads, houses, walls, churches... brick, brick, brick. 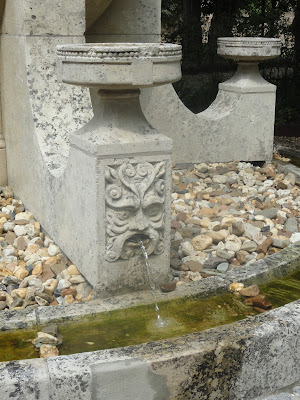