Today was busy and good, but not very photogenic. 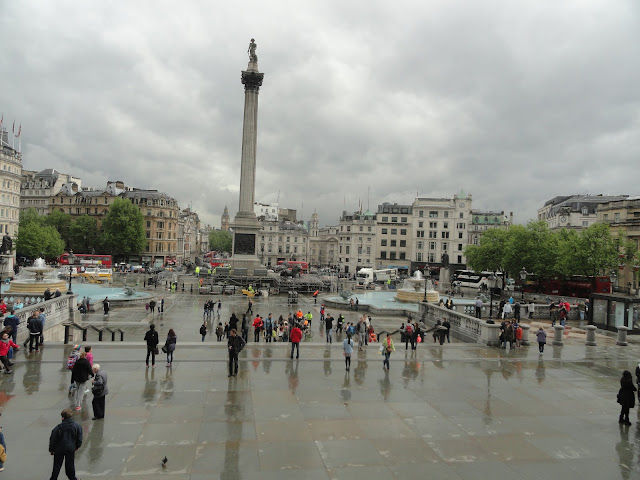 The National Gallery doesn't want anyone taking photos. I did take one, of part of the mosaic floor. It's all in the style of Roman mosaics, and in color and shape and all it has that appearance, but the subject matter is more pedestrian (to be chariotable). 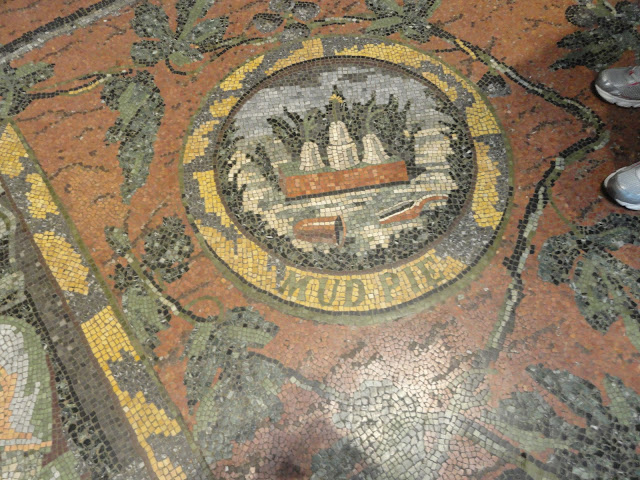 I saw some actual Brueghel the Elder paintings, and actual Vermeer. I saw several things by Gerard David. I wouldn't even know who Gerard David was, except he used the same basket twice, and I started a collection. I was sad NOT to see that basket in any of the several paintings of his at the National Gallery.

I saw another things related (in my own head, I mean) to my site: Venus at her Mirror, by Diego Velásquez, which wasn't on our list of things to see, but was in a room we passed through when we were on our way out. I was happy to see it.

The train on the way back wasn't very exciting, but I thought a few moments of non-excitement still might be exotic. I caught the Nero's coffee depository, and some skyline and some trainside, and other trains.

The second video is very short, but has the river.

I was hoping to get a big group of allotment gardens we had seen on the way there, but I missed them (slept through them, I think, second time).
Posted by Sandra Dodd at 3:39 AM