Kirby, my oldest, will be 20 years old this summer. He still lives with us, and I'm glad.

This weekend the rest of the family was off at Grand Outlandish, a big SCA campout not too far from us. Kirby would probably have gone, but he had two more pressing things. He was a groomsman in a big wedding in Santa Fe, and he's one of the main characters in a film being made here called "In Character," about gamers. He took two weeks off work for the filming. Rehearsals could be worked in around work and karate, for several weeks, but the filming schedule was tight and except for them scheduling his scenes to allow for his wedding-party duties, he worked every day for the past week and more. The morning after the wedding, he had a 4:00 a.m. call. Luckily, it was at the gaming shop where he used to work, which is just a mile away.

Kirby, more piratical than usual, with his friend Beth: 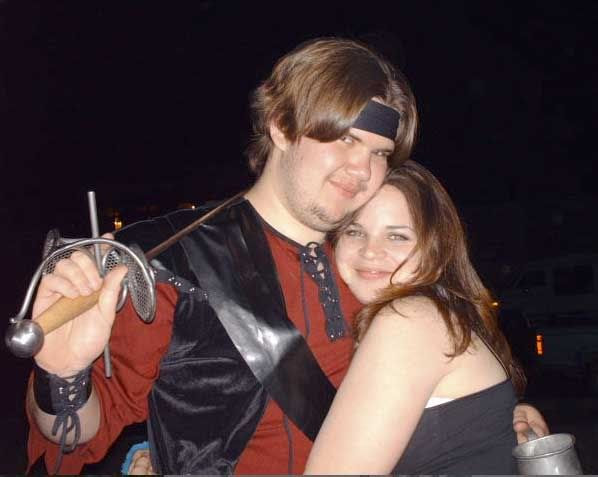 I worry. I worry that he will be inefficient or miss being somewhere. Except for being late for the rehearsal dinner (which was in a little community southeast of Santa Fe where he'd never been, and he left too late and then got a bit lost), though, he's been on time or early. My worry only hurt me and didn't help him at all. He sets his alarm and gets to the places he needs to be. The wedding was at Bishop's Lodge, north of Santa Fe. The meet-up with the groom and other groomsmen was at the Hotel St. Francis, south of the Plaza. The rehearsal dinner, the day before, was in El Dorado, practically to Glorieta. The filming was at a different place every day, some restaurant or university building or dorm room. I worried, but on the other hand, every day I knew where he was, and he has a cellphone.

Holly took some acting classes, and participated in a couple of plays otherwise, when she was younger, but Kirby never was interested or was too busy. Friends of his got him involved in this movie (a full-length indie film by locals who've done shorter things for festivals before), and he seems to be having a good time with it.

From my point of view (as that's where I am and how I see), this is big in a couple of ways. It's the first thing he's ever done that didn't involve me in the least. I haven't met a single other person involved in it. So that's a social landmark of some sort. And it's the kind of real-world opportunity I love to see happen, and I had absolutely nothing to do with it. Interesting. Vaguely uncomfortable, and I don't know for sure why, but also solidly wonderful.

Kirby and I watch the TV series 24 together. It's over for the season. He's way behind on his social life and his World of Warcraft, because of the wedding and movie doings, and he goes back to work tomorrow. I might never hear many stories about the wedding or the acting experiences. I'm becoming peripheral in his life. I knew it would happen, and it's happening pretty painlessly. All this flurry of activity, though, comes the week after Jack Bauer once again saved the world (or at least the U.S., or at least southern California). And this was cool: Last Monday Kirby told me the filmmakers were TIVOing 24 and he could watch it with them after the day's filming, but I should not forget to watch it. The last two hours, and I would watch alone. But it was understandable, and nice of him to have reminded me. Then, though, they were ahead of schedule, and though another friend had asked him to dinner, he said yes, IF he could be home before 7:00 to watch 24 with me. And that was nice. So he worked filming from about 6:00 in the morning to 5:30 or 6:00, went for Sushi with other-Brett (a.k.a. hyphenated Brett, who isn't Brett Henry/real Brett, cowboy Brett), and then watched 24 with me for two hours.

Not so many moms of nineteen-year-old sons had as good a day last Monday, I figure.

•••••••••••••••
Later note: Holly read this and says I have met two of the people involved in the movie. One who's doing tech and props is someone I've known nearly her whole life, and one of the actors was at a party here a couple of years ago. I don't remember him. I haven't seen anyone involved in the movie—Kirby drives himself and hasn't brought any of them over, though eight or ten of them went to see X-Men together the other midnight, and Marty went too. Still doesn't involve me. Info about the movie is here: http://angrytikimovies.com/
Posted by Sandra Dodd at 9:24 AM 1 comment: 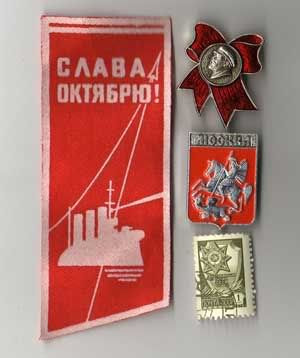 Last night I missed getting in the hot tub with Keith. I thought he was waiting for me. He thought I had said I didn't want to. It wasn't *too* sad, but the reason I was late was that Marty was asking me about Russia, and the Soviet Union, and the Ukraine, and why people didn't talk about that much, and the cold war, and space race, and WWII, and how what we call USSR they had called CCCP, and that what we call US, in French and Spanish is EU (and I didn't even think to wonder until just now how in French and Spanish they indicate "the European Union"). That conversation with Marty involved dusting off a globe and getting out a packet of "Barq's Soviet Stuff." We got two, but I only found one, and it was missing the temporary tattoo of Gorbachev's birthmark. The other, with the tattoos, is probably in the box of stuff for Kirby to have when he moves out. When the Soviet Union dissolved, Barq's Rootbeer offered little packets of real Soviet stuff (lapel or hat pins, ribbons for rallies, stamps) if you sent in some labels or parts of cardboard cartons from rootbeer or something. We got two. Should've (of course, the packrat in me says loudly) gotten more!
Posted by Sandra Dodd at 5:28 AM No comments: 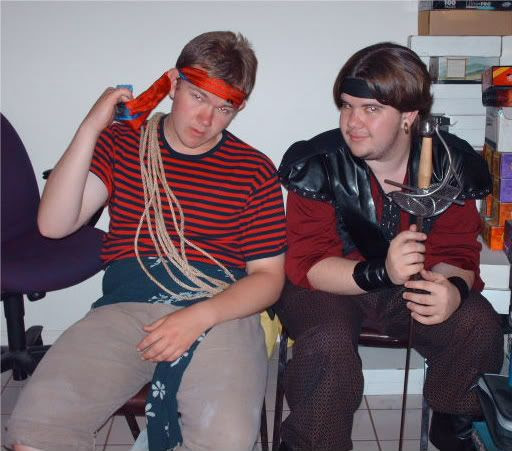 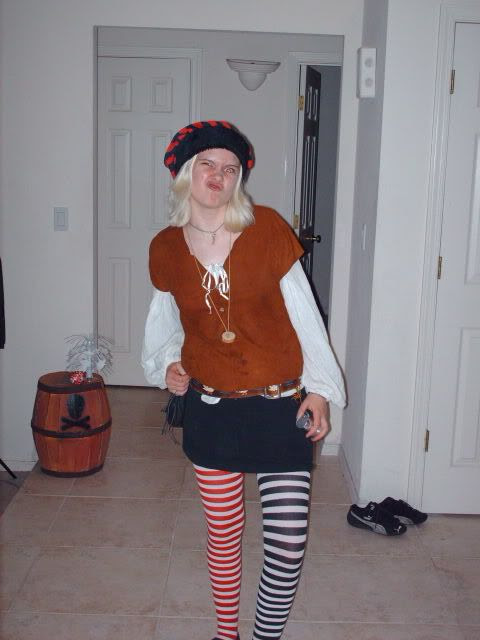 Holly's half-birthday hair and her own self 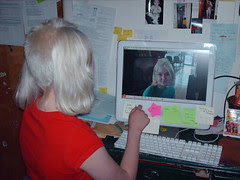 HollyHair
Originally uploaded by SandraDodd.
I just love Holly gigantically and swirlingly. Marty was commenting yesterday on how grown she is. I'm glad I am filled with memories of all ages of Holly, and we had many moments together, from the time she first came out to see the world. She makes my life sparkle.
Posted by Sandra Dodd at 8:03 AM 1 comment: