When Keith and I got married in 1986, my Uncle Rex sent four goblets, and I guessed them to have been made in Alaska, where he was living. Years passed. 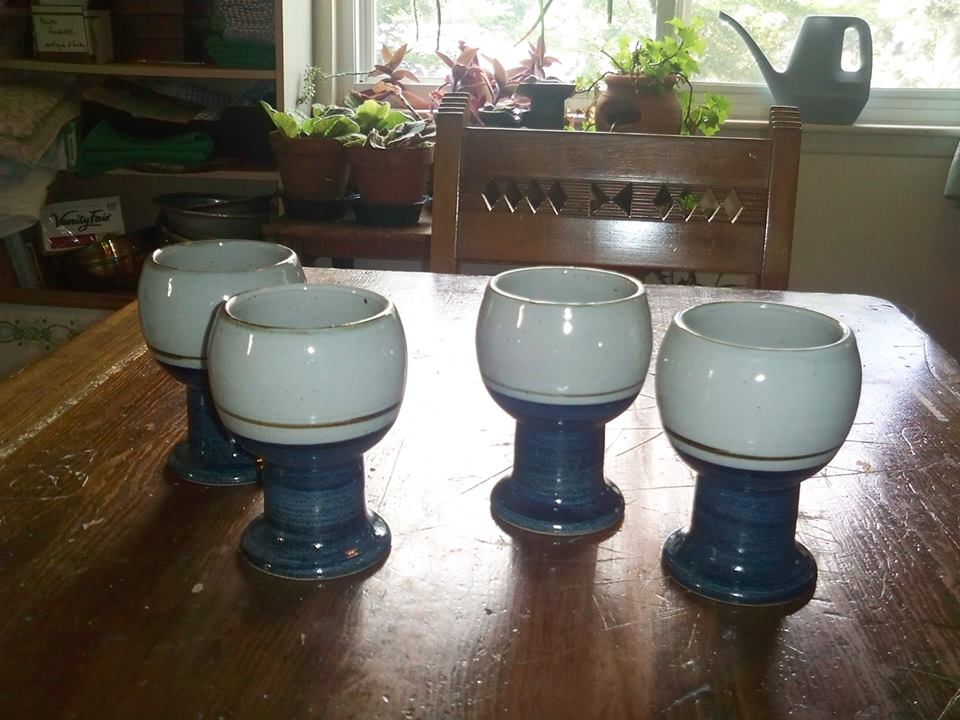 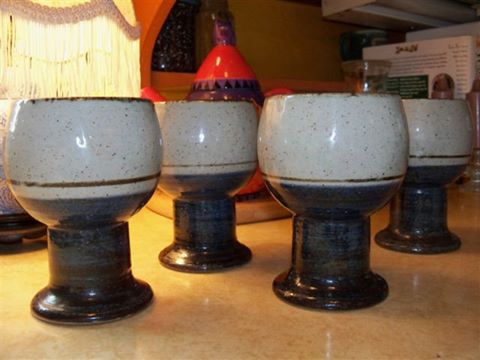 One from an episode of The Mentalist (on the desk—same mold, different pattern): 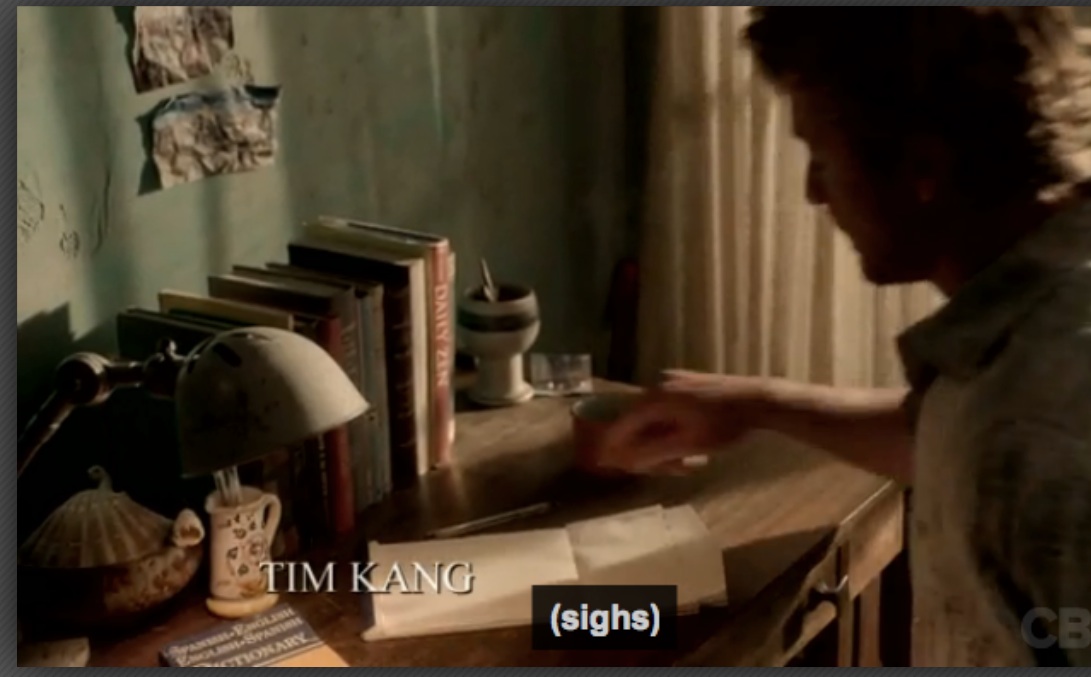 
When I went to get images, I found that there are dinner plates. (here)
I own a few, from thrift stores. I had never put a goblet next to one. Wow.
I hope I remember to do that at some point!

I had no idea they were related.

Below are some notes on the Japanese manufacturer:


Otagiri Manufacturing Company was an importer of Japanese stoneware and ceramics between 1958 and 1994. ...