Yesterday morning, Holly showed me that in some rearrangement in her room she had found a little gold-plated horny-toad necklace from years ago.

A while later, I saw that a facebook friend had posted something about horn toads, and I responded:
Sandra Dodd:

After the article she had posted, I'll tell the story of the biggest horn toad I ever saw, and it was not in Texas. It was just a minor story in my life, until I found out they're less frequently seen now. It makes my story more exotic, I guess.


The article was about the Dallas zoo releasing some babies "into the wild."
Dallas Zoo sets 46 horned lizards loose with its first-ever wildlife release

Because articles aren't always kept forever, I'll quote it. The author is Charles Scudder, of the staff of DallasNews.com

In a statewide effort to stabilize populations of the state reptile, the Dallas Zoo released 46 Texas horned lizard hatchlings on state land about 100 miles west of Austin earlier this month.

It was the zoo's first wildlife release.

We always want to put things back to the wild," said Bradley Lawrence, the reptiles supervisor at the Dallas Zoo. "It's just so rare that we get to do stuff like this. We would love to do that like every day."

At Mason Mountain Wildlife Management Area, a total of 139 hatchlings were released, including 93 from the Fort Worth Zoo, which pioneered breeding programs for Texas horned lizards.

For decades, the reptile has been vanishing from Texas landscapes. About 10 years ago, Texas zoos, Texas Parks and Wildlife Department officials and Texas Christian University researchers partnered to try to learn how to bring the critter back to certain pockets of the state.

As a side project in that effort, the Dallas Zoo works with wild populations of the lizard at the Rolling Plains Quail Research Ranch about 250 miles west of Dallas. That work includes collecting data on the wild lizards to help provide additional information for future reintroduction projects.

This September, Lawrence brought the hatchlings born at the zoo to the Hill Country and released them in a clearing surrounded by granite hills. Click here to read more about that project and how Texans are working to protect the Texas horned lizard.

In 1972 or 1973, that school year, I was at the University of New Mexico, and was living in a house near Lomas/Carlisle/Monte Vista. Four of us went up into the Sandia Mountains one day, to a little picnic area that no longer exists, on the east side of the road. People live around there now, but then not nearly as many.

We were able to climb up some, and then there was a huge vista, over toward what is now Edgewood. Not as many people lived there, then, either.

One roommate had gone to babysit us. She had brought a book, or homework or something. We needed a babysitter, because we were there to take LSD.

We got up there, and Alan and I were lying on our backs, looking up at trees. I remember saying "Look at that airplane, sneaking through the trees." Seemed like that. We were tripping.

Then Dev came back from his exploratory adventure saying "I think I found a horn toad!"

Dev's carrying a margarine container, out of the picnic stuff. Margarine used to come in plastic bowls with snap-on lids in the early 1970's. The bowls were about 6" across.

We looked, but the clear plastic lid was steamed up. Something live was in there, for sure, and it was heavy. It was as big as the bowl, whatever he had.

We opened it to see the biggest horn toad ever. It was twice as big as any I had ever seen. It was a grandaddy horn toad king. Poor guy was scared, too, but he was absolutely a horn toad, and we apologized to Dev for not believing him sooner. We held it a while, showed him that if you turn them over in your hand and rub their bellies they'll go to sleep (playing dead is probably what they're doing), and then he took it to release it. This was in the days before photos were easy to take, and before disposable cameras, and we didn't have a camera with us.
I was very apologetic to Dev for having doubted him, but also shocked at the oddity of the find. I told that story later to someone who lived on the south side of Edgewood, and she said they had seen horn toads on their property.

II have two more stories now, that go both directions from that one.

When I was two or three, before my sister was born, I saw snow on TV and asked my mom about it. We were outside of Fort Worth in those days. She described it to me, beyond what was on the black-and-white TV. Not long after that, she was taking a nap (pregnant, maybe; drunk, maybe) and I was looking out the kitchen door window and saw what I thought was snow. I ran and woke her up and said "It's snowing!"

She was never nice about waking up. Whether I woke her up or she woke up naturally, I always got blamed, but she was the only one there to tell. She got mad and told me it was NOT snowing, and to leave her alone.

It hardly ever snows there, and she thought (reasonably, too) that I was trying out a new word I had learned. I went back and watched that "not snowing" some more, and when she woke up she hugged me and apologized and said that it was snow.

Somewhere there used to be a snapshot of the little snowman my dad made for me when he got back from work. It was him squatted and smiling, posing next to a little metal can, like vegetables come in, that he had tried to stick snow on, with a little snowball about 3" across stuck on the top of it. So it wasn't much snow, but it was snow.

Story #3 is that when I lived with Jimbo in La Mesilla, an area southeast of Española, between San Pedro and Arroyo Seco, my friend Michael was visiting us. So mid-70's. Maybe 1975. We had told Michael about "child of the earth," a odd, big alien-looking bug that people find once in a while, when they're digging in dirt usually, and it comes out of the dirt clean, and looks like it would glow in the dark, and looks kind of like the bugs in "Cootie" games, and nearly as big. Seriously. Scary and weird.
It was nighttime, and I went in the next room to get something to show him, and in a box of music books was... a child of the earth. I had never seen one inside a house. I had never seen one when I needed one to show someone. I caught it in a pan or something and we looked at it and let it go outside.

Lots of times in my life I've seen something that I had just lately been talking about, or heard a song that I hadn't heard for a long time when it would have the most effect, or met up with someone in an unexpected place, but these two stories of a creature appearing in an illustrative way are among the coolest things that ever happened to me.

The most recent story I've heard of a child of the earth was from Toby Tsosie in Santa Clara. Last month, one walked over his foot. Whoa. In Santa Clara Pueblo, which is just across the river from La Mesilla. I think he was sitting outside. Good.


Those photos are links to more info. 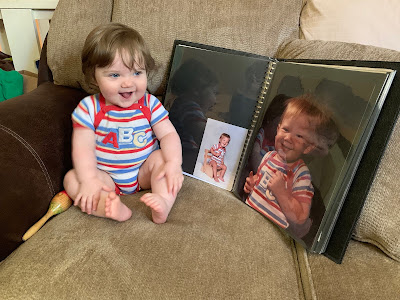 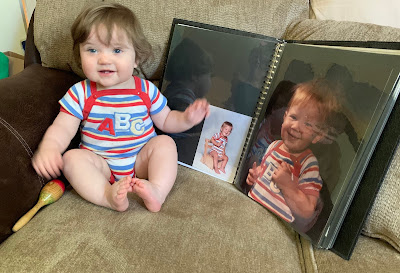 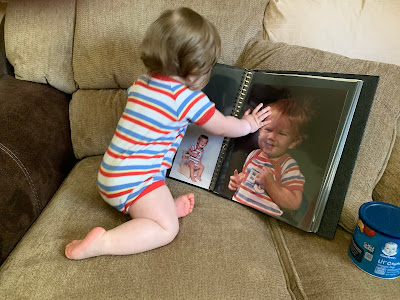 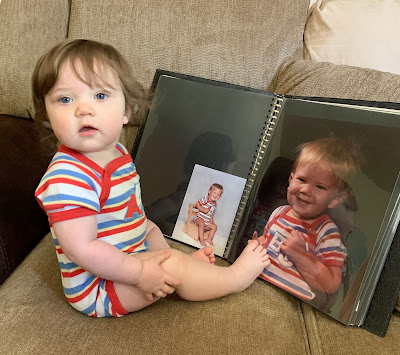 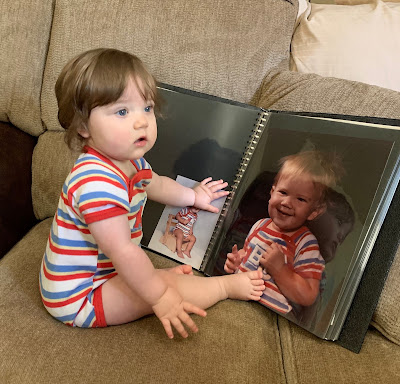 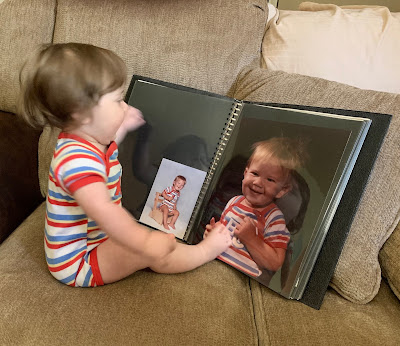 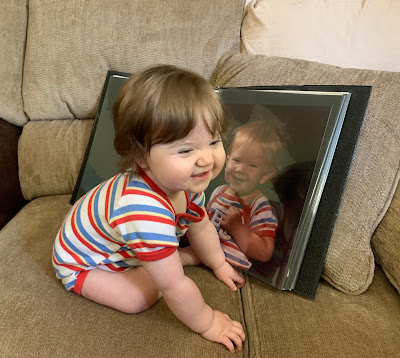 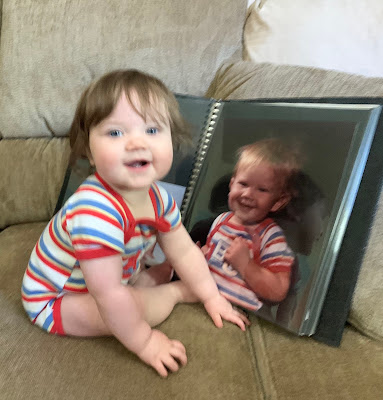 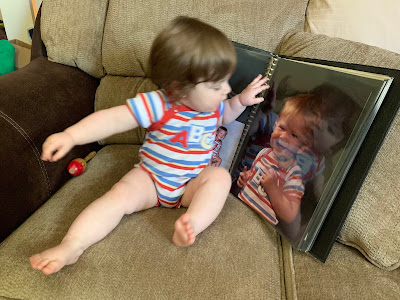 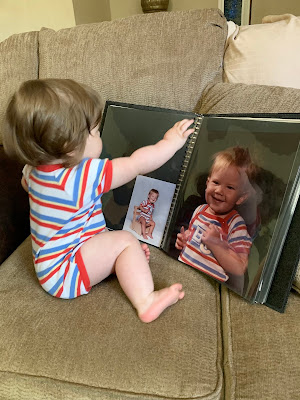 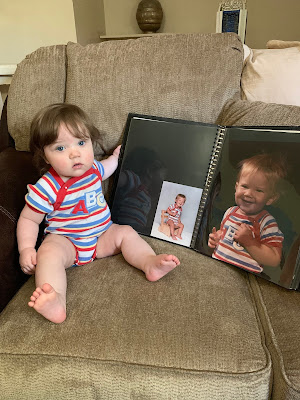 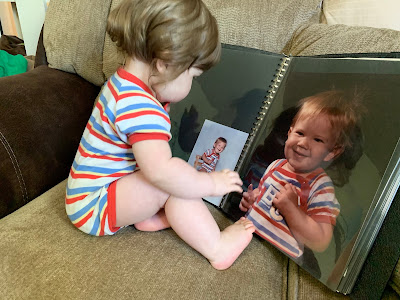