I took over 300 photos today, and many will be thrown out, but I like this one. It was a quiet moment in a long, loud, busy day at a steam engine museum, Hollycombe Steam in the Country, near Liphook, Hampshire. It's not a place tourists could find or get to easily. I read through eight pages of the guest book and except for one "Switzerland," everyone else seemed very local but me. It's kind of down small roads in the relative middle of nowhere. But if you get a chance to go, it's pretty wonderful.  I'm grateful to Julie, James and Adam for taking me to such a cool place. 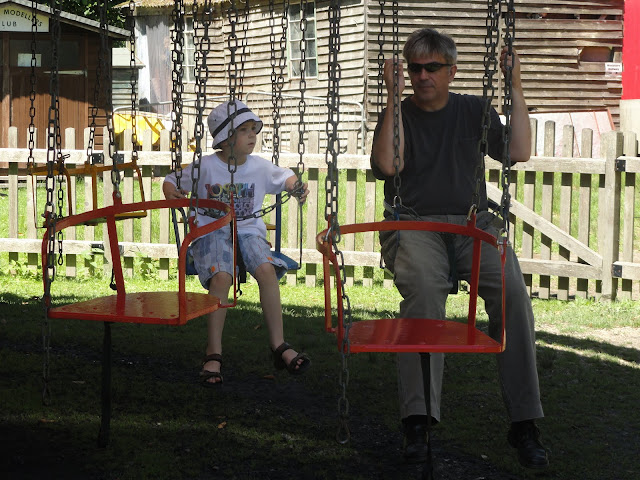 Other photos will eventually be on my travel blog (some) and here (the full collection, which you can view as a slideshow, when they're there, which they aren't yet): http://s26.photobucket.com/albums/c111/SandraDodd/Europe/Sandra2011/June26%20Hollycombe%20Day/
Posted by Sandra Dodd at 6/26/2011 No comments:

Little peeks, have to go

On the little manila envelope in which I keep my most important cards (which was lost for a while yesterday, but was found in "a safe place"), I have written (not all at the same time):

Zidane
worm kefir
Hatton Cross
Later I might come back here and defend those writings.

Here is part of a McDonald's in Staines (click it), and below is a portrait of a Jaffa Cake milkshake—an awesome thing. 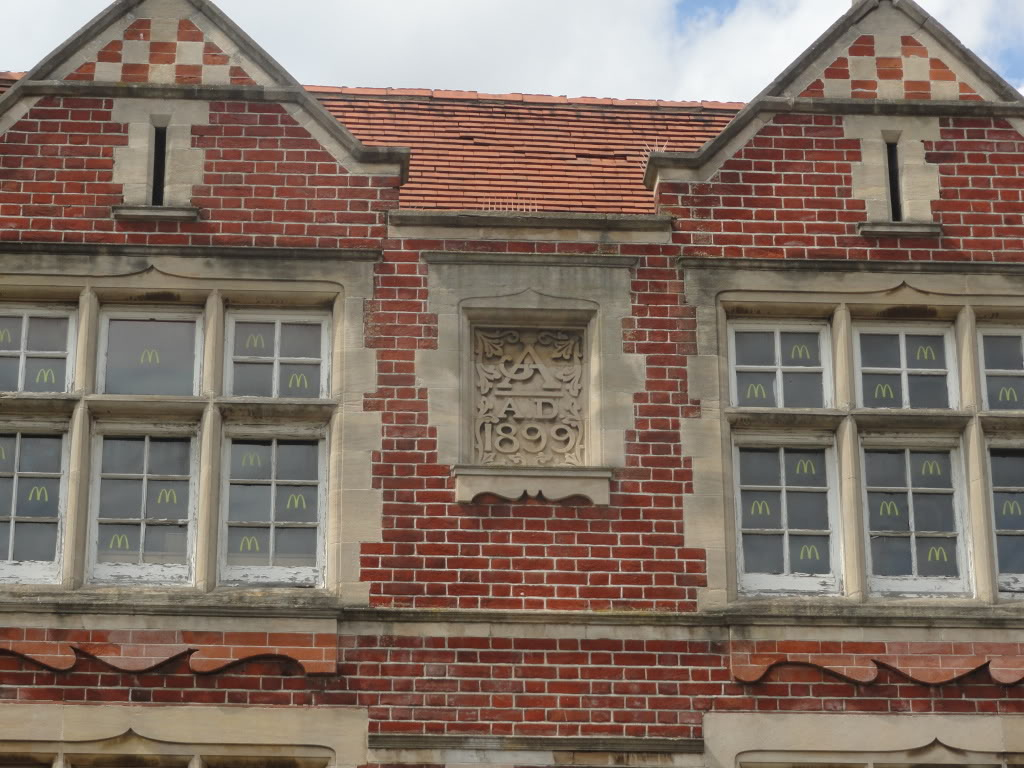 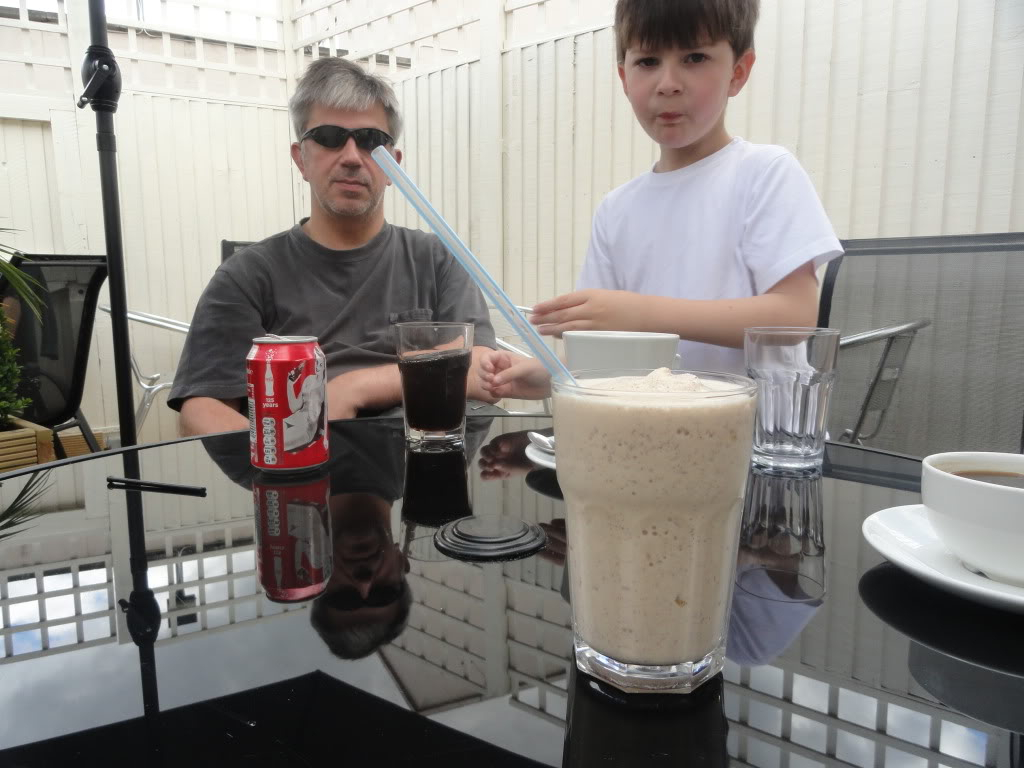 James and Adam Daniel are in the background.

Elvis lives. We saw him at Jack's fish'n'chips shop last night in Ashford. He performed two sets, with a costume change. You should've been there. But no, it was all sold out! (You might've could've peeked in the windows; this is the second best thing.)

We're going to a duck tour (not to tour ducks, but to tour part of London in an amphibious vehicle) and to ride on the London Eye. We need to make the 11:11 train. Sounds like a good train. So I need to go now, and I'll be back to share some more of my wild adventures far from home.
Posted by Sandra Dodd at 6/21/2011 No comments: 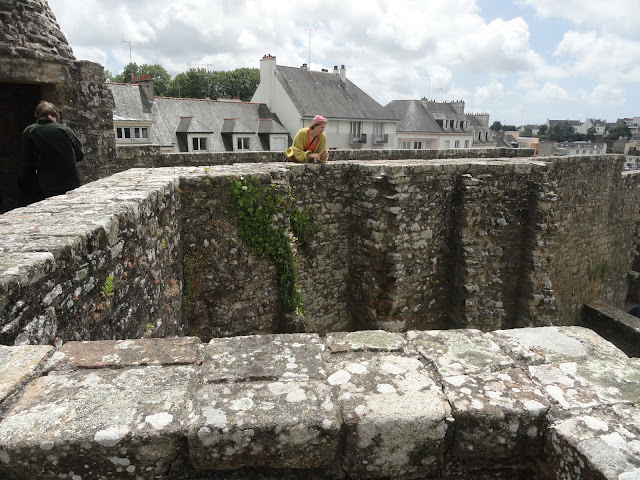 Schuyler, on the medieval wall in Hennebont today. David was taking a photo of her at the same time.

I haven't been able to upload videos here in Baud, but I will when I get back near London.  There have been other photos added at the travel blog here:    http://sandraeurope2011.blogspot.com/

Our hostess, Helene (Helena the Fortunate, for my SCA readers), went into the hospital Friday afternoon for pneumonia.  There's been a little cold going around here, but it hit her hard and fast, and she'll be in until at least late Sunday.  So the Waynforths and I will go back to the UK without having said goodbye to her.  I got to talk to her sister, Veronique, today when she called and Leon wasn't home.    The Waynforth and McNeill kids have gotten along really well.
Posted by Sandra Dodd at 6/18/2011 No comments: