I'm so glad I found these while I had a scanner and a website. First I put them on Facebook at "Española, do you remember when?" but that's a closed group. Then I put them on my webpage. I'm hoping people who are in the photos, or their kids or grandkids might find them. Click one to go to some notes and names, and when you get there if you click the image twice, you can zoom in on people. 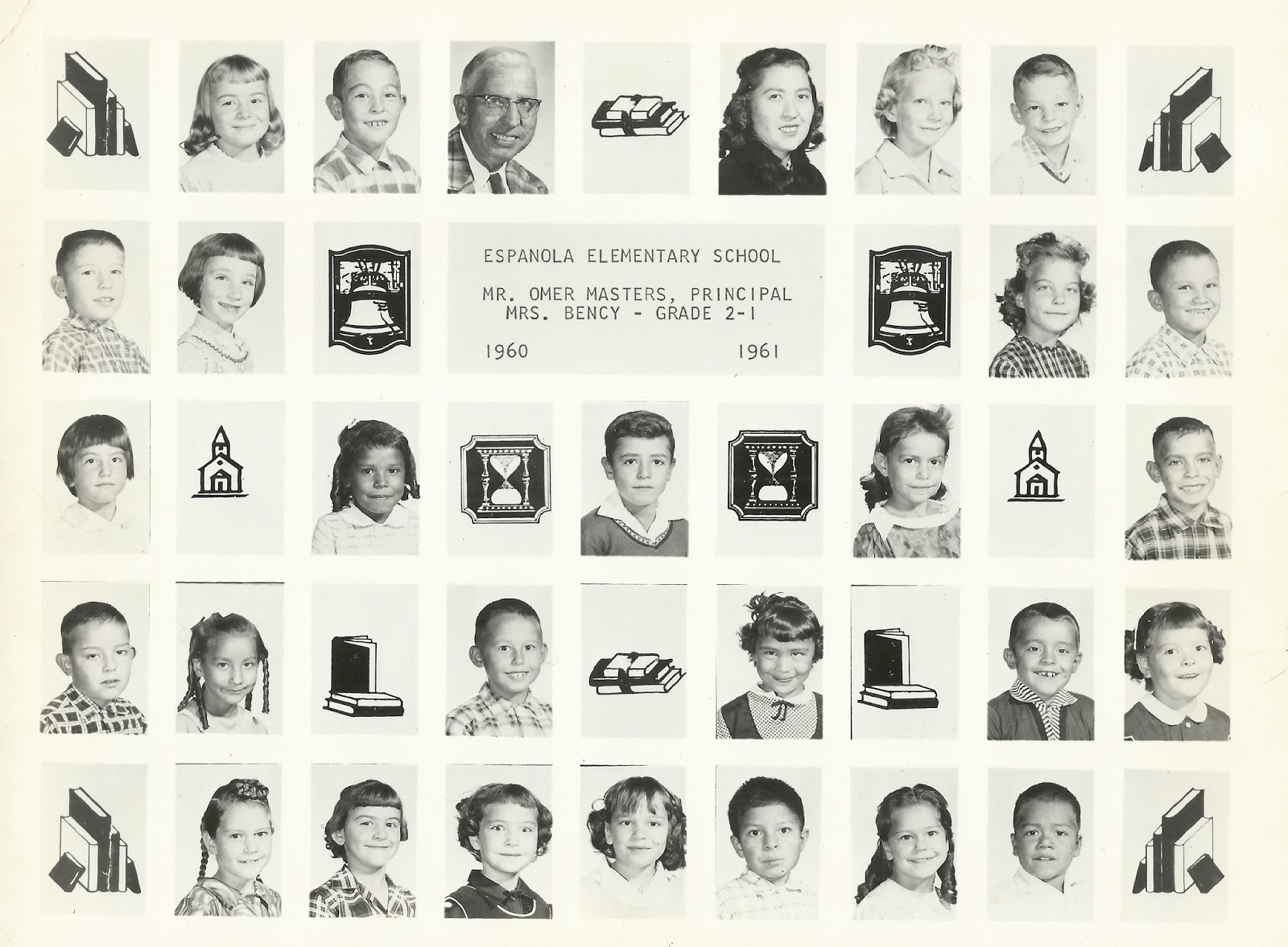 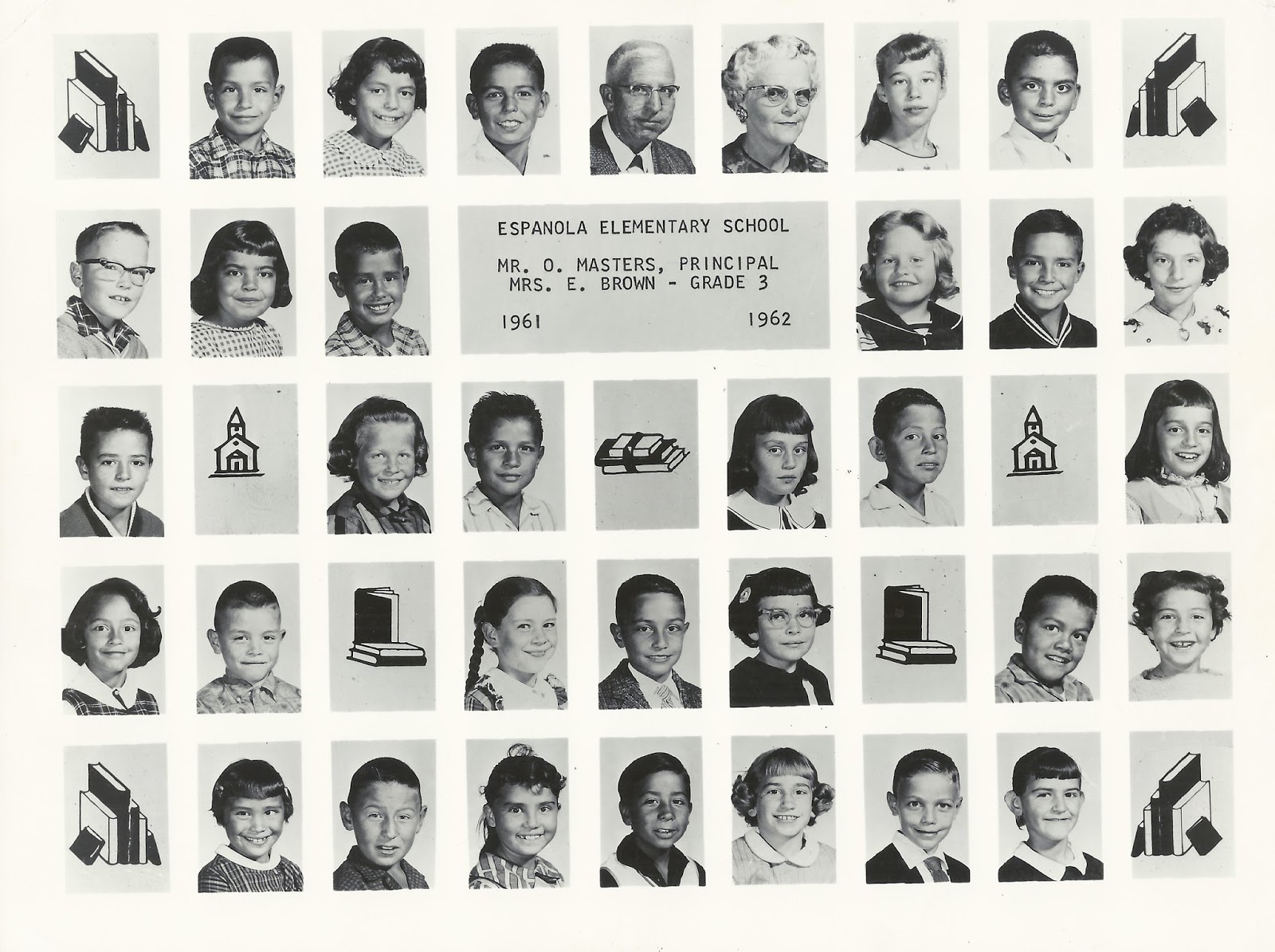 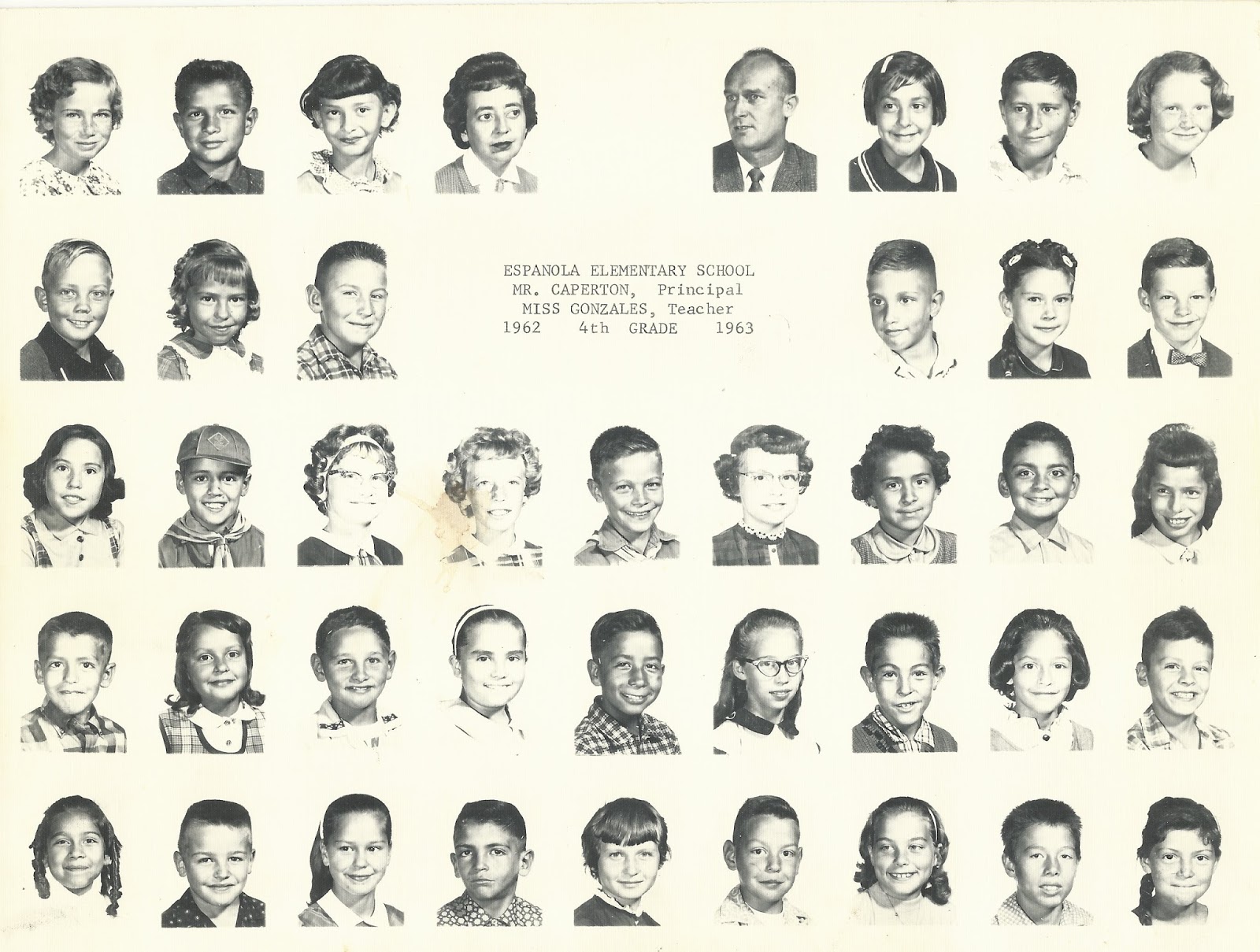 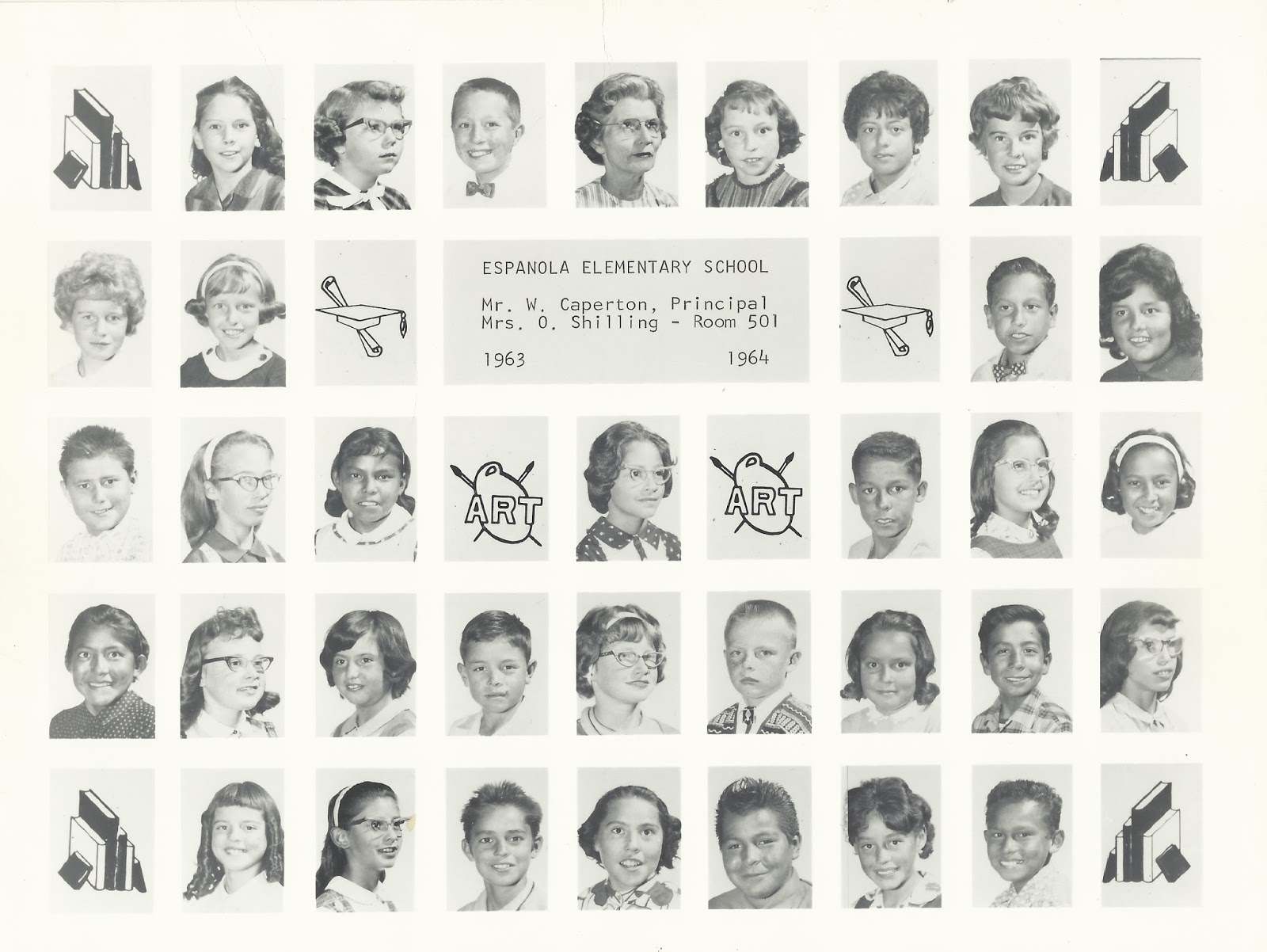 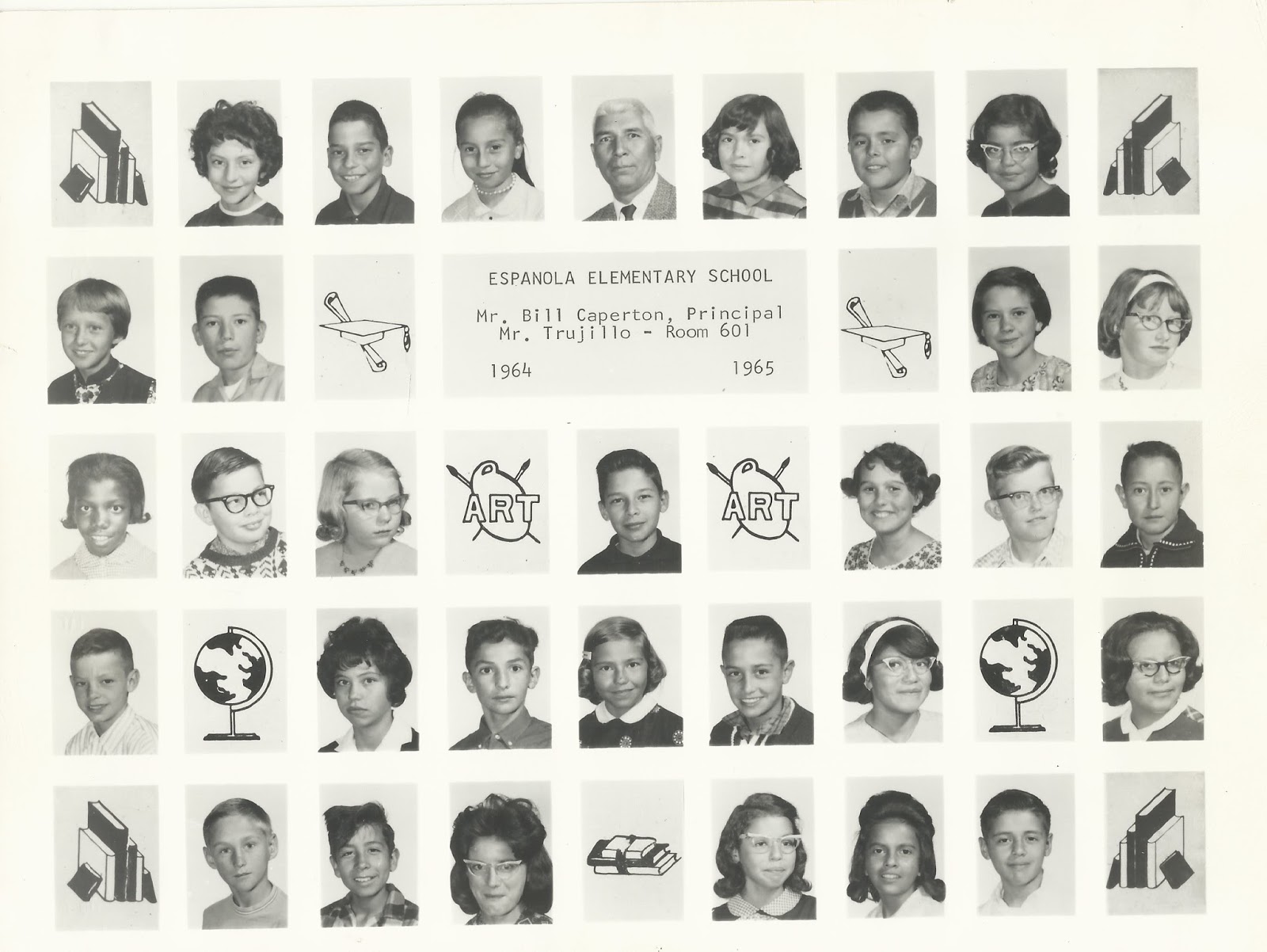 Posted by Sandra Dodd at 8:50 PM No comments:

Because David Bowie wrote me a long, sweet letter when I was a teen and he was barely an adult, others have sent me David-Bowie stories and art, but this one is worth saving and sharing. I had seen it once before, but this time I thought I should put it in a safe place and connect it with the letter.

I responded:
That combined with the letter her wrote me make a really nice picture of what kind of guy he was.

Yes. I thought the story is plausible because of the letter he wrote you!

And it really paints a picture of who he was. It was heartwarming, like the letter.


My friend told me a story he hadn’t told anyone for years. When he used to tell it years ago people would laugh and say, ‘Who’d believe that? How can that be true? That’s daft.’ So he didn’t tell it again for ages. But for some reason, last night, he knew it would be just the kind of story I would love.

When he was a kid, he said, they didn’t use the word autism, they just said ‘shy’, or ‘isn’t very good at being around strangers or lots of people.’ But that’s what he was, and is, and he doesn’t mind telling anyone. It’s just a matter of fact with him, and sometimes it makes him sound a little and act different, but that’s okay.

Anyway, when he was a kid it was the middle of the 1980s and they were still saying ‘shy’ or ‘withdrawn’ rather than ‘autistic’. He went to London with his mother to see a special screening of a new film he really loved. He must have won a competition or something, I think. Some of the details he can’t quite remember, but he thinks it must have been London they went to, and the film…! Well, the film is one of my all-time favourites, too. It’s a dark, mysterious fantasy movie. Every single frame is crammed with puppets and goblins. There are silly songs and a goblin king who wears clingy silver tights and who kidnaps a baby and this is what kickstarts the whole adventure.

It was ‘Labyrinth’, of course, and the star was David Bowie, and he was there to meet the children who had come to see this special screening.

‘I met David Bowie once,’ was the thing that my friend said, that caught my attention.

‘You did? When was this?’ I was amazed, and surprised, too, at the casual way he brought this revelation out. Almost anyone else I know would have told the tale a million times already.

He seemed surprised I would want to know, and he told me the whole thing, all out of order, and I eked the details out of him.

He told the story as if it was he’d been on an adventure back then, and he wasn’t quite allowed to tell the story. Like there was a pact, or a magic spell surrounding it. As if something profound and peculiar would occur if he broke the confidence.

It was thirty years ago and all us kids who’d loved Labyrinth then, and who still love it now, are all middle-aged. Saddest of all, the Goblin King is dead. Does the magic still exist?

I asked him what happened on his adventure.

‘I was withdrawn, more withdrawn than the other kids. We all got a signed poster. Because I was so shy, they put me in a separate room, to one side, and so I got to meet him alone. He’d heard I was shy and it was his idea. He spent thirty minutes with me.

‘He gave me this mask. This one. Look.

‘He said: ‘This is an invisible mask, you see?

‘He took it off his own face and looked around like he was scared and uncomfortable all of a sudden. He passed me his invisible mask. ‘Put it on,’ he told me. ‘It’s magic.’

‘Then he told me, ‘I always feel afraid, just the same as you. But I wear this mask every single day. And it doesn’t take the fear away, but it makes it feel a bit better. I feel brave enough then to face the whole world and all the people. And now you will, too.

‘I sat there in his magic mask, looking through the eyes at David Bowie and it was true, I did feel better.

‘Then I watched as he made another magic mask. He spun it out of thin air, out of nothing at all. He finished it and smiled and then he put it on. And he looked so relieved and pleased. He smiled at me.

‘'Now we’ve both got invisible masks. We can both see through them perfectly well and no one would know we’re even wearing them,’ he said.

‘So, I felt incredibly comfortable. It was the first time I felt safe in my whole life.

‘It was magic. He was a wizard. He was a goblin king, grinning at me.

I kept asking my friend questions, amazed by his story. I loved it and wanted all the details. How many other kids? Did they have puppets from the film there, as well? What was David Bowie wearing? I imagined him in his lilac suit from Live Aid. Or maybe he was dressed as the Goblin King in lacy ruffles and cobwebs and glitter.

What was the last thing he said to you, when you had to say goodbye?

‘David Bowie said, ‘I’m always afraid as well. But this is how you can feel brave in the world.’ And then it was over. I’ve never forgotten it. And years later I cried when I heard he had passed.’

My friend was surprised I was delighted by this tale.

‘The normal reaction is: that’s just a stupid story. Fancy believing in an invisible mask.’

But I do. I really believe in it.

And it’s the best story I’ve heard all year.

Here's the 1967 letter I received that complements this story in revealing a thoughtful kindness in the man: You can read more about that letter here: David Bowie Letter: Images, Notes and Follow-up