The worst thing about homeschooling

The worst thing about homeschooling is being associated with fundamental Christian homeschoolers.

A few dozen times over 25 years the years someone has tried to pressure me by saying that I should support ALL homeschoolers equally, or that I should use my influence to promote all homeschooling methods and philosophies.

I have never done so, and never will. I will tell a couple of stories, but first will link a post by someone who was homeschooled, revealing some truths about the HSLDA. Some who read it already knew these things. Others might be surprised, or amused.

I Was Trained for the Culture Wars in Home School, Awaiting Someone Like Mike Pence as a Messiah, Kieryn Darkwater on January 26, 2017

At dinner in restaurants, friends have sometimes asked a question about homeschooling that shows their assumption that we were doing something, anything, like fundamentalist Christian homeschoolers were. My plate, on the table, was pointed out to represent school. The sale, or a fork or something, is set on one side, and I'd say "Christian homeschoolers think school doesn't control kids well, and gives them too much information." On the other side of the school/plate, I would say "Some people think school controls kids too much, and doesn't give them enough information. We're on the far other side of the school. We're not doing the same thing at all."

People have criticized me for "only" caring about unschooling and not promoting their more conservative projects or ideas in my discussions or on my blog or whatever, but I still don't promote them, and I haven't. I've irritated a lot of people who can't tell the difference between learning philosophies and political movements.

A couple of times I have said this, but haven't put it in public before, so here it is. Not only have I not wanted to support Christian homeschooling, with their dishonesty and creationism and revisionist history, I have said that I would rather they be prevented from doing what they're doing, even if it had meant having my own kids in school. They are stealing their children's chance to learn about the world, and to meet people who aren't of their own very narrow beliefs. And that's not so broad as "fundamentalist Christianity." There are MANY subgroups, and there are families that didn't let their children be in playgroups with other kids because of some slight difference in dogma. Anyone who doubts that should look up "statement of faith homeschool groups" and "legalism in Christianity."

To find a samples, I searched for "legalism Christian homeschooling" and here are a couple of interesting things:

I feel like the homeschooling community is coming to grips with the long-held misconception that homeschooling our children is the ticket for all of us to get to heaven. If homeschooling were the answer, why would we need Jesus?


There is dangerous trend in several homeschool movements that focus on obedience to man-made rules instead of God’s rules. Legalism is essentially opposed to grace.

Biblical submission teachings are distorted to the point that family life centers around the father of the home rather than on Jesus Christ.

The webpage of Patrick Henry College, founded by the same person who runs the Homeschool Legal Defense Association, is a good read. Read about Libery University after that, if you're still in the mood.

Patrick Henry College ("for Christ and for Liberty") was founded in 2000 with a vision to restore America by educating the best and brightest Christian students to take their place as future leaders of the nation and its culture. Its Mission is to prepare Christian men and women who will lead our nation and shape our culture with timeless biblical values and fidelity to the spirit of the American Founding.

"God is officially a grandmother"

I saw an amazement in the sky yesterday afternoon - the sun had a baby! 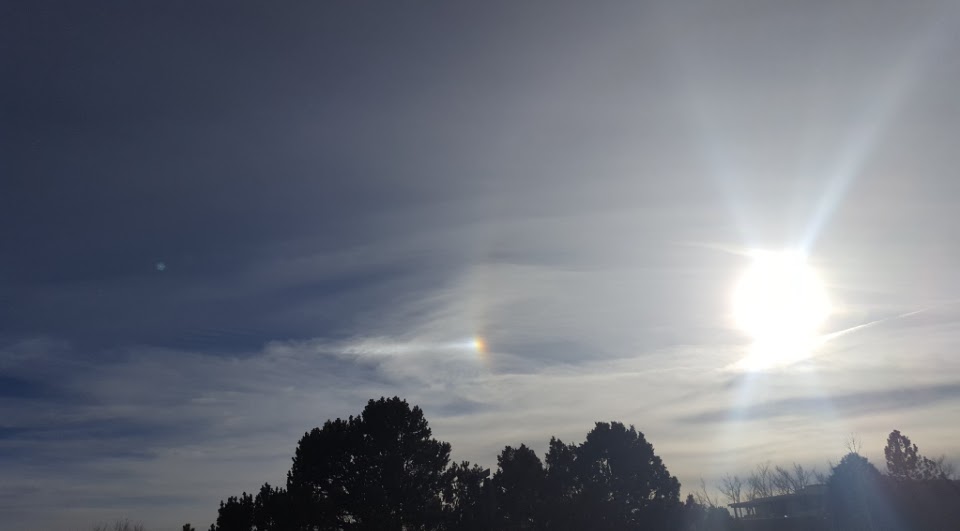 A guy calls me a closed-minded educator and an idiot

I got e-mail from someone wanting me to promote something vague:

I want to share my "learning that excites, learning that sticks" absolute radical unschool program. It was 30 years in the making, but it is like no other as far as how much it is loved by students.

I have been wanting to connect with the unschooling movement, so any information you could send would be greatly appreciated.


I've removed the e-mail and phone number, but left the website.
At the same time he had applied to join Radical Unschooling Discussion on facebook, but one of the other moderators flicked it away without me even getting there to say "same guy, different name." He used a made-up name and had a page promoting something vague, but I hadn't known that yet.

I looked at his site and searched for more, finding one youtube video that he had uploaded but hadn't made, nor had he credited. So I responded, by e-mail:

Typical response of a closed minded educator. Only can see the negative. Unfortunate. My presentations are loved by students. Your loss.
And, I don’t need your permission to use the term “radical unschooling”! Ha! Like I need your permission? You are an idiot.

So if he's contacting other unschoolers, don't feel guilty about ignoring him.
Posted by Sandra Dodd at 1/03/2017 4 comments: