These days Joyce Fetteroll has a small group of witnesses and perhaps assistants, for a book she and Danny are working on. She's bringing (alphabetically) a word and we make up definitions, and when she tells us the real one, we use it in a sentence. There's art involved, and humor, too.

Today she had defined "latrinalia"

Just the other day Holly quoted me the traditional "If you sprinkle while you tinkle, be a sweetie and wipe the seatie."

I asked if she knew of the equivalent one for men's rooms. She did not.

We aim to please.
You aim too, please.

At a roadside candle outlet in North Carolina or Virginia, on a road trip with a friend of mine many years ago, I chose one of several toilet stalls. While sitting, I read "I love Keith Dodd" in someone else's handwriting. Someone else's Keith Dodd, no doubt. Quite a great coincidence.

Including Joyce's deposit of a word meaning bathroom writings just a few days after Holly and I talked about that a bit, I've had three of them this week.

Because I bought some things from China and Holly was here when they arrived, I told her about the government-subsidized postage and China's 20 years or so of moving toward capitalism. She and Keith brought a bottle of mead they bought because a friend's brother owns the company. It was good. I couldn't remember his name and when I did, I googled and found his dad, who was an atomic researcher and I didn't know so much cool stuff about him. In an interview about early atomic research in Los Alamos, he was asked about a co-worker who had moved to China. He said she was disappointed about China's eventual movement away from communism and toward capitalism.

Yesterday at lunch, Keith was asking what I knew about labyrinths in churches. I did know some, and a friend of ours designed and oversaw installation of an outdoors one at a church not far from us. Later that day I turned on the Sherlock Holmes audible book I'm listening to, and the word labyrinth popped up.

There's a word for that—words or factoids popping up—but I don't remember it. It's one of the many magically fun things in life.

And I posted that somewhere and someone gave me the word, and then...
I can't remember where it was provided, or who.

Gargoyle and an airplane

June 29, 2011, I put this on facebook. So it will be a race between whether this blog platform will last longer than facebook's photos do. 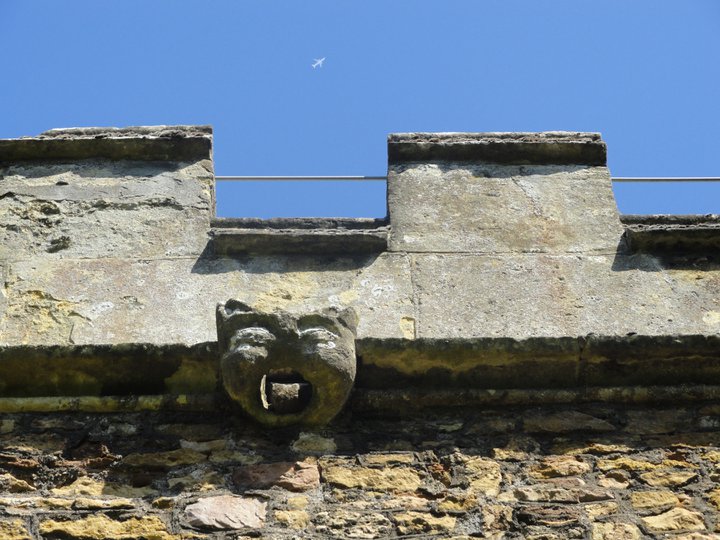 Water spout—not a fancy gargoyle. Look up above in the sky, though. This I caught on purpose, but I've had some accidental catches nearly as cool as this. This is the roof parapet at Henbury Parish Church, in Bristol, where I also got to play the pipe organ. The caretaker pressed me to do that. I played it as though it were a piano, because my feet don't play organ and I couldn't figure out how to turn on the lower keyboard, but I did it! I played something I didn't know, in 6/8, with only two harmony lines at any one time. Coool.

Same place, same day, Alison's boys showed me the "King of the Castle" song/game, which I have on video somewhere and should add here.

This photo isn't new. Summer, 2013. I was looking for a photo of a chain of office for a discussion about the word "Whiffler," and ended up looking through photos I took in Chichester when I was there with Joyce Fetteroll, Julie Daniel and Adam Daniel. It's always hard for me to say what I love about England, but this is an example of it. This was the view from the window of the women's room in a restaurant, in Chichester. 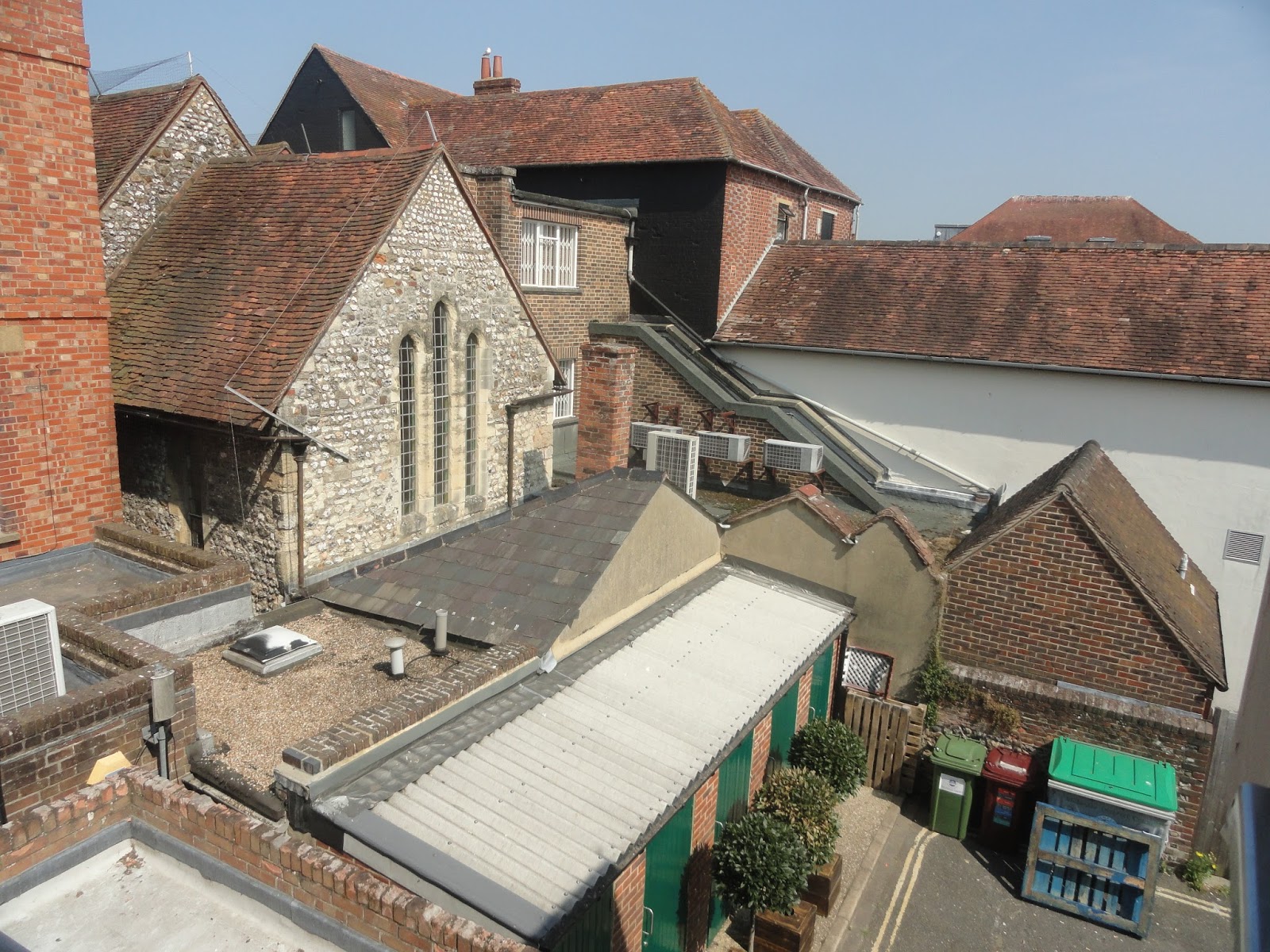 The roof lines, the building materials, things added, clues to things having been chopped off, or repaired, or modernized, different kinds of roof tiles and panels and treatments... Candid, "back stage," not spruced up for tourists. :-)