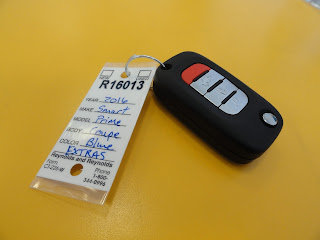 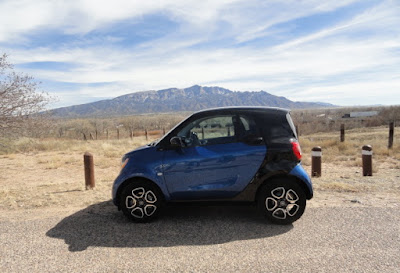 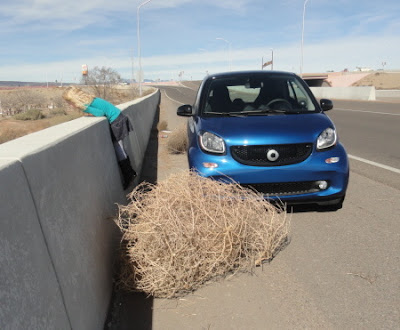 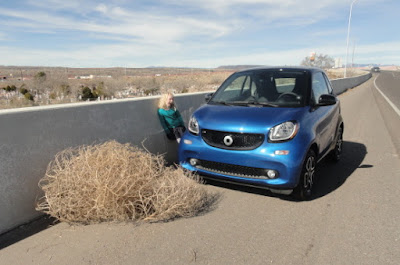 City on the Edge podcast

On February 3 (2016) I was interviewed by Mike Smith and Ty Bannerman, for their City on the Edge podcast, which is fairly new. I'm episode #8! It was a realy fun conversation. It's out, but I haven't listened yet, as I write this. I heard the end of it. 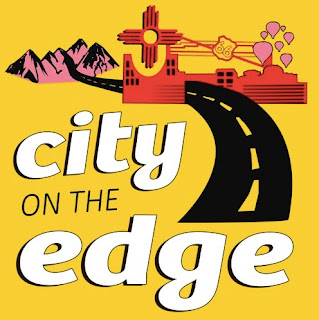 But here's where I want to put clarifying notes here, as I listen. I have one already—I didn't lose sleep over it, but I was sorry to have said something unfair.

Mo's my next door neighbor, I said, and it sounded like is, but it was a "was." She moved in next to us on Princess Jeanne, when my kids were little and she had her grown son and daughter, and two granddaughters my kids' age living with her. Currently she's Marty and Ashlee's next door neighbor. We've always stayed in touch, and I hope Mike and Ty will have us as guests on a podcast together someday. I love Mo's stories.

The room I grew up in Española had "just two steps down," I said. I didn't say that one was about 12" down, onto concrete, and then there was a 10" step or so. That top "step" was a hinged storage box, sort of. It was like a climb or a jump down.

And it was The Chelsea NEWS, not "Times." I should've had more notes with me. :-)

I said that James Daniel had been in a band, but I meant to say it was called Perfect Vision.

The links I said I would send are all in another blogpost of mine here—to the articles from January 11 and 12: http://sandradodd.blogspot.com/2016/01/david-bowies-passing.html [and links to some of the publications from 2009 when Letters of Note printed the letter are here: Bowie Letter]

I don't think my dad said "fire-proof paint." He probably said "heat-proof paint." The company was called M.I.C.A., Mineral Industrial Commodities of America, and the plant was in east of the highway, south of the businesses in Pojoaque, up against the sandhills, on Pueblo land, so at school each year when they checked how schools would be funded, one of the questions was whether a child lived on Indian land, or if the parents worked there. So my dad working there must have gotten some federal funding for the Española Public Schools.

Near the end there, I said that my friend's parents didn't want her to date Indians. That was never stated, and I shouldn't have said it. They didn't want her to date ANYbody. Another neighbor who lived between our houses, though, had specifically been forbidden to continue a relationship with a boyfriend from one of the pueblos, for that reason. He was in the same band as one of my boyfriends. [Yes, it IS a small world!!]

In Española, in those days, there were some Hispanic families (older local families who had or had had money, it seemed to me—"good families) whose prejudice against the local Indians was longstanding, inherited, not personal. Anglo families didn't have that. For whatever reason(s), I was allowed to hang out and socialize with any of the kids, and I often had a car, and time...

That ending was added later, elsewhere. I did not get a taco on a warm night, but I got to to Mike's house on a freezing night, and have a ton of fun.


I did NOT end up telling two first impressions of Albuquerque. I told one, and then got to two concerts I went to. :=) Sorry, guys! But I can tell, next time, maybe, my early memories of the NEW Theatre at Winrock, and of the zoo, when there was only one modern enclosure. If there's another chance, I will tell more first impressions. OH! The businesses that were advertised on TV. And Keith says to mention the airplanes. I'll leave this here for notes for myself for next time.

And the part that I couldn't remember was the two incidents that gave me courage to read the letter aloud.

1. The letter had been read aloud by someone else at an event in London
2. I wrote the foreword to ta book and it was made an audio book, read by a man. I had passages of my writing read aloud by women, or quotes, but hearing it in a male voice was different. And there was one difficult phrase that he understood and read the way I would have.


That's "the best thing I was ever going to say." If I find the article about the London reading, I'll bring dates and the name of the reader. He's famous, but I didn't know who it was.

Q: If you were to die now, at this moment, what would you think of as the best thing you've ever done in your life?


Sandra: Helped people think more clearly and to see their possibilities.
Posted by Sandra Dodd at 2/03/2016 No comments:

Sometimes I come across my name in a list of names. It's fun.

Looking for the re-print date of one of my articles in Pathways to Family Wellness, I found this, instead, by Dr. Peter Grey:

Of course, I am far from the first to cry out that the Emperor is naked on the issue of schooling. Indeed, many have been saying this longer than I, including such pioneering thinkers as A.S. Neill, John Holt, John Taylor Gatto, Sandra Dodd and Daniel Greenberg. We need all such voices, and we need them to be heard. So, here goes… - See more at: "Schoolhouse Rocked"

This is nice beause I came first, and because that magazine is no longer around, so the page will be gone soon.:

This national magazine is published quarterly by the Homeschool Association of California (HSC).

The Homeschooler is filled with helpful articles and resources for homeschoolers. It includes regular columns by prominent homeschooling writers such as Sandra Dodd, Wes Beach, Michelle Barone and others... *

These are fun because I found them by accident, and I feel a little thrill, and that's all. :-) I've brought them here to look at again, someday.