This happened in October, but I'm moving this photo here because things on Facebook are washed away in the flood of words and images.

Marty was married first, of our children. Holly is still single. 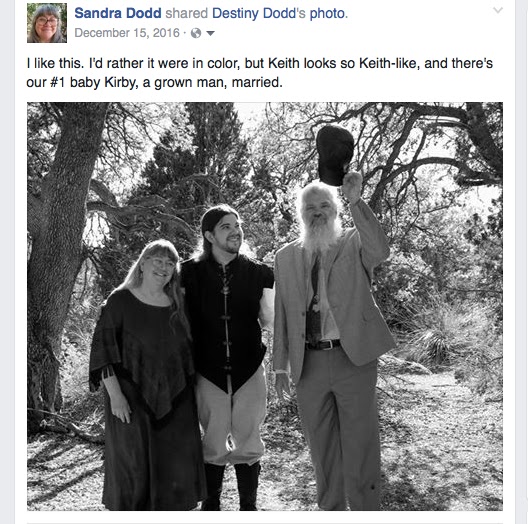 Anniversary of my Korean Drama interest

"February 8, 2015, a Sunday, I started watching faith. All day Monday, I watched that show. Keith brought me food. I finished it Tuesday, February 10."

My notes are here, and now that time has passed, I wish I had left clues to myself of which I would recommend, or watch again, but I think if I recommend my very favorites, people who try them can find their own way into other dramas. Sometimes by genre, sometimes by following one actor or writer or director. Sometimes by recommendations from the friends you will find if you start watching them.

I don't recommend these to people with young children or busy jobs, because they can draw you in and hold you, but with my kids grown, it has been a very interesting new hobby which has led to learning I never would have expected. I have no interest in Korean food, and I don't want to go there to visit, but still there are connections to things I had known before, and things I'm glad to know now, about culture, religion, language, laws and literature. There are ways in which their cultural expectations are like ours, and ways in which they're as foreign as foreign can be.

Most shows begin with a rough incident or situation, which will be overcome or smoothed over as the story progresses. Most begin with irritating characters, so there can be growth and redemption. Often there's an underlying mystery about the childhood of one character or another that isn't revealed until several episodes in, and the solving of that becomes part of the plot and of the interactions.

Unlike a two-hour movie, a twenty-hour story can give you depth of character and time to think, as novels can. The writing and acting are better than I'm used to from American and British TV and movies.

I didn't publish this on the day it should've been scheduled. This poor blog! I did post on the korean drama discussion, and on facebook, and I forgot my own once-most-favorite blog. I back-dated it. :-)