Luck (but is it good or bad?)—and another Korean Drama review

I will write a review without spoilers. I did it before for Faith, a.k.a. The Great Doctor (which I've now watched three times through, and the good parts more than that).

But first I want to go back and talk about my resistance and acceptance of some other types of art.

Seven years or so back, I wanted to watch some anime, so I asked Joyce Fetteroll for a recommendation. She suggested Fruits Basket. (Don't read that if you want to watch it without knowing the plot.) I loved it! When I tried other series, they were just okay, not as sparkly, not as engaging. But I was happy with what I learned and experienced with Fruits Basket.

For a couple of years, Pam Sorooshian recommended Audible.com to me. Finally I subscribed, in June 2009. The first book I got was The Help, unabridged, by Kathryn Stockett, narrated by Jenna Lamia, Bahni Turpin, Octavia Spencer, Cassandra Campbell. I listened and loved it. I've never heard another book there that was nearly as good, which has made audible a "downhill since then" situation. The candidates for second best come in about 75% as good as that reading. Mostly, I avoid fiction and use it for autobiographies read by their authors, and non-fiction, and I'm quite happy with it, but every book is "not as good as The Help" in my mind. Poor things.

So when I decided to finally pay attention to Alex Polikowsky's near-constant buzz about Korean dramas, I watched Faith and it was STUNNING. I wrote (in the review linked above) that it was the best thing I had ever seen. A month has passed and I still feel that way.

It was good luck (or taking the advice of people I had reason to trust), that gained me these too-big-to-top starting places, and that makes it bad luck for the other examples. Bad luck for me, to try to find something so wonderful. But had I started with something lame, I would not have made it to Fruits Basket, The Help, and Faith/The Great Doctor.

To see whether it was just me and my enjoyment of feudal/medieval stories, I figured I should watch something modern, and some more historical. I've done that. I've finished six series and dabbled in a few more. I don't know everything, but I know something.

The other historical things I've seen are not as good as Faith is. So I thought maybe it was the music that did that, and I watched The King's Face, which has the same composer. No. The music is wonderful, and is well utilized in Faith, but it was more than the music. [CORRECTION: I mixed up two series. The same composer didn't score The King's Face, but Master's Sun, so I'll think about the music if I watch that series.]

I thought maybe I should try something by the same screenwriter, so I watched Healer. BINGO! Even though it's set in cutting-age fantasy current days (James-Bond style gadgetry and backup), the story is similarly intricate while still being easy to follow, and the characters are revealed in similar (and maybe better) ways—better because of photographs, in part. One certain photograph is central to the story.

Within eight minutes we've met three main characters and we know something about their attitudes, skills and personalities, in eight minutes, because the writer, Song Ji-na, is really good. The plot, characters, dialog, the clues shown visually (in objects the people have around them, in what they're doing when they're alone, when they're with others) is something I can't remember seeing so clearly elsewhere. Maybe an occasional token view of a bedroom or a work desk, or clues in costume or mannerism, but not like this show.

ANYway...
One aspect of Korean drama by what I've experienced directly and been told is that some characters start off more irritating than they'll be later. Some shows need three or five episodes before they can hook you. And I have dropped a few I tried to start. But both Faith and Healer grabbed me right up, and so I'm a fan of Song Ji-na.

Halfway through this second pass, I wrote "I'm watching Healer the second time, and there are many things I missed the first time, or didn't have a hook to hang it on yet. I fully endorse watching it twice! SO intricate and sweet and spooky and well-constructed."

At the end... "I just finished Healer for the second time, and I love it even more than the first time. The first time I was trying to follow mysteries and relationships and figure out who's who and what's what. This time I could think about philosophical issues and that's the best part of it."
_______________________

Having let this settle for a week, I think that objectively, Healer is better than Faith/The Great Doctor. Faith gets big points for having armor, swords, feudal politics and Lee Min Ho. But assuming that someone didn't have a balance-tipping preference for those things, Healer is smoother, tighter, funnier, sweeter and has clearer morals and a more satisfying end.

In Faith, Choi Young is constant, steadfast, unchanging. That's good, for that show.

Healer is about someone trying on different ways of being, disguises and transformations. Seeing Ji Chang Wook switch from one guise and stance to another is wonderful every time. 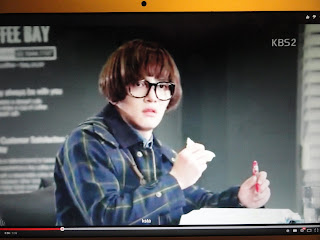 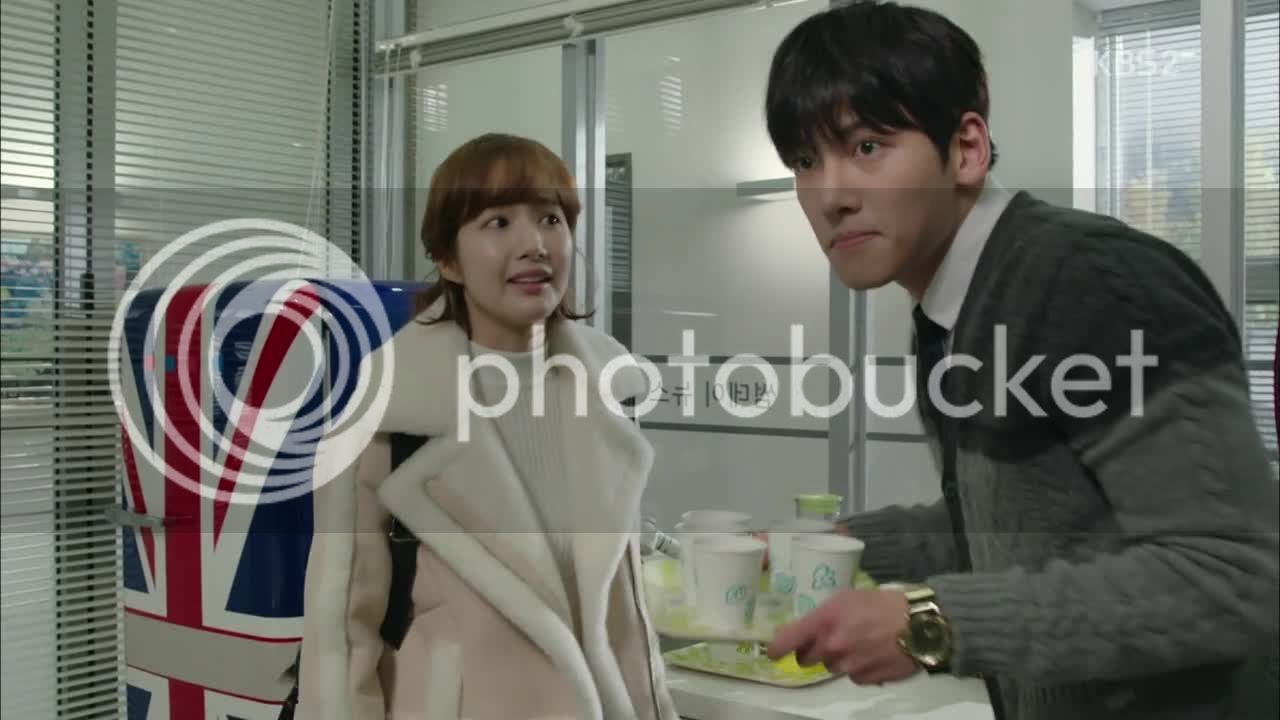 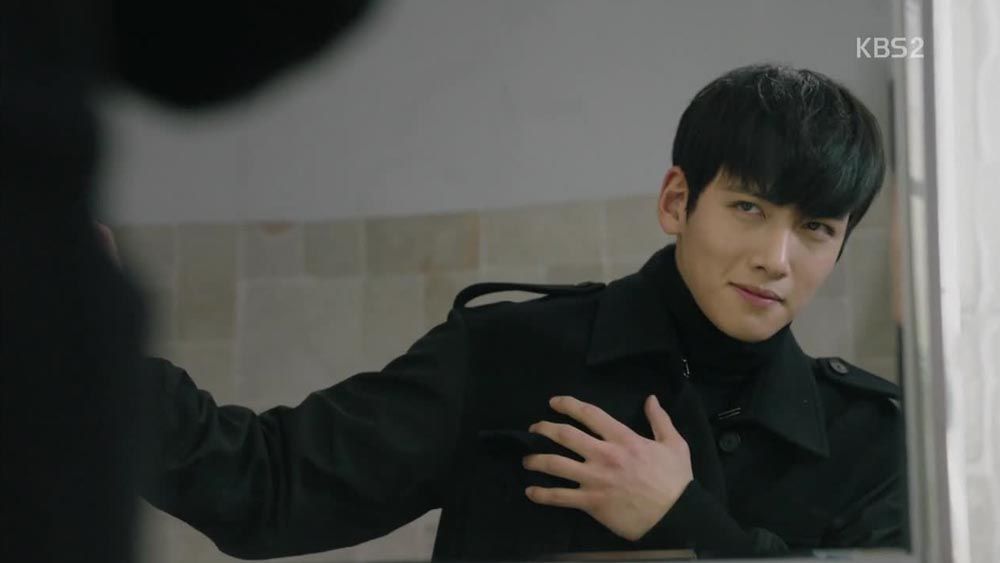 All but the second of these photos are all from the photobucket account associated with Drama Beans which has GREAT recaps and commentaries on every episode of Healer and Faith. Here's Healer, Episode 1. VERY nice blog, and I'm glad Dramabeans has gathered such great images.

Because it's difficult to get to one recap post without seeing something you might not want to have seen, I have a list with links to them in order. Healer can be confusing. This can help: Healer—a few notes, and links to recaps in order.

The first bit of this video, especially the blinky eyes at 1:20 is a great match for Bruno Mars playing Devyn the Intern at Pandora here. While they're similar in stills, they're just about identical in motion and posture. It's a fun comparison. And if you haven't seen that SNL sketch with Bruno Mars, please do before it's gone again.

All the images are links. 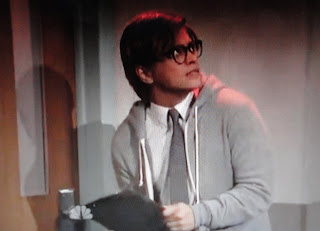 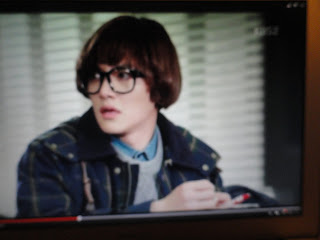 Here's what these guys look like without being disguised as dweebs: 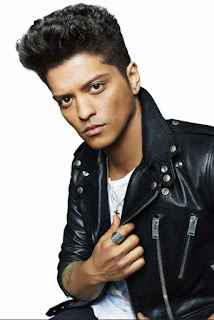 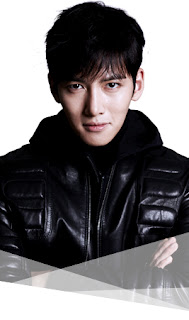 Bruno Mars (hard to find a photo without hat or shades) and Ji Chang Wook
Posted by Sandra Dodd at 9:45 PM No comments:

Credit: Video made in Vietnam, by "severinh20" at Fiverr
https://www.fiverr.com/severinh20

Posted by Sandra Dodd at 9:00 AM No comments: