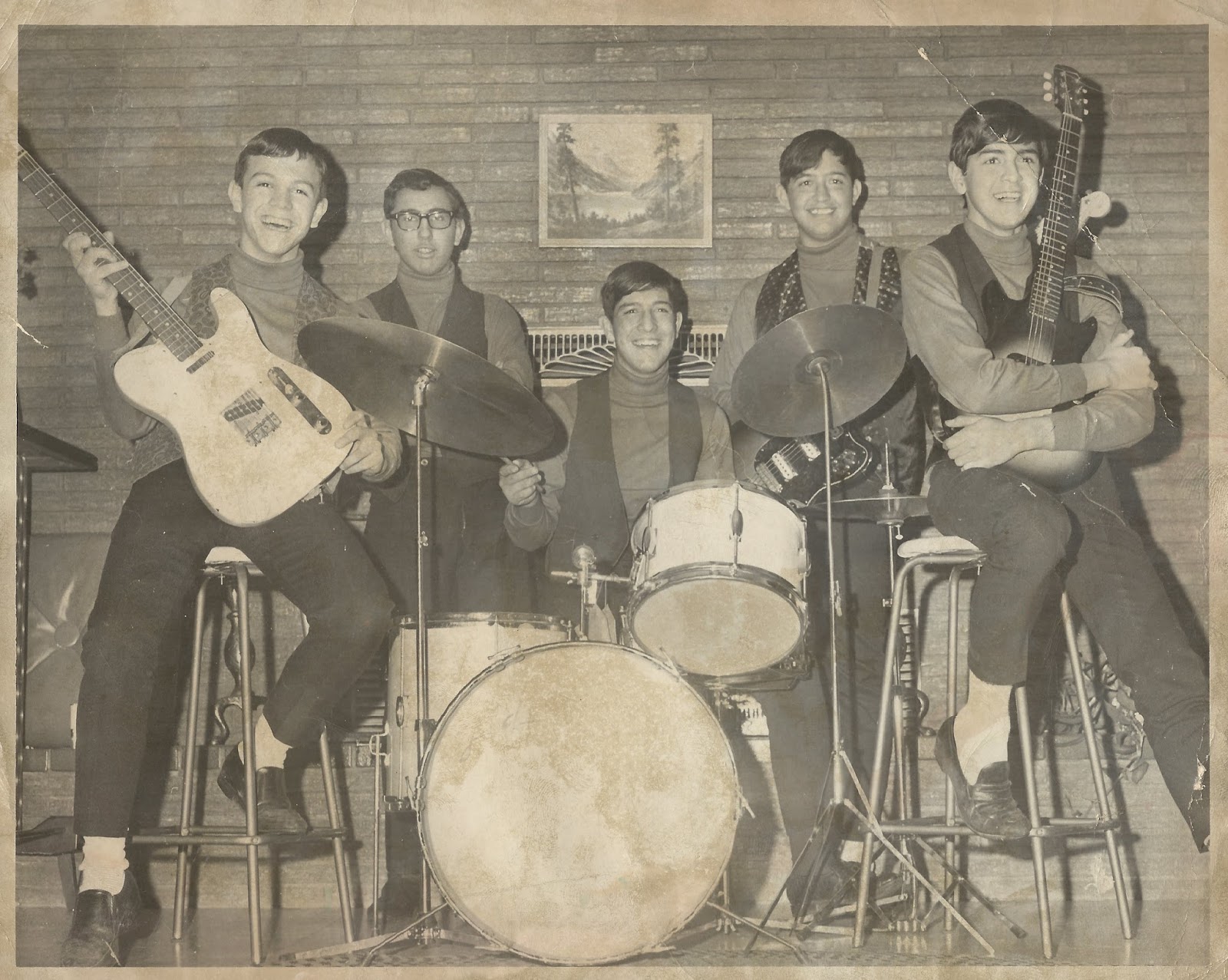 I've had this photo since the 1960's but only scanned it lately.

Earl is (again, or has been more than once) Governor of Ohkay Owingeh Pueblo. His mom was of that Pueblo (San Juan Pueblo, at the time) and his dad was Hispanic; they lived just across the river. His mom had beaded a guitar strap for him with a star and a duck to represent his Indian name. Earl was one of the photographers for the annual, so it might have been take with his camera, but I don't know who to credit for this, if not Earl. Norman Rhee, the other possibility, didn't take it.

Matthew became an attorney and inherited his dad's office and client base. He is now deceased.
Matthew's younger brother, Michael Chacon, was head of another band called The Bitter End. Both bands played regularly at shows and dances at various venues and schools in several town around. Michael's band also included Jimmy Powers, Jimmy Green and Robert (Bubba) Torrez.

I wasn't a member of Up With People, but a school friend was—Jon Tsosie. His sister, Betty, had been, too, and they toured once and stayed on Mackinac Island in Michigan. Jon told me it was the most beautiful place he had ever seen and he wanted to go back and live there.

Years later, I met (and later married) Keith Dodd, who had been in a local Sing-Out group in Alamogordo. They went on a road trip once to a gathering, convention, or something. He wasn't in a touring group of Up With People, but it seemed all to be the same thing, somehow, musically and as to focus and intention.

The other day in a moment of curiosity, I looked up to see whether the group was related to the Mormon Church. That would not have surprised me, because Jon's involvement started when he lived in in Utah—I don't remember now which suburb of SLC, and he and Betty were recruited as Native American cast members. There were other Indian kids, too.

Jon, middle of five; Betty not appearing in this photo. 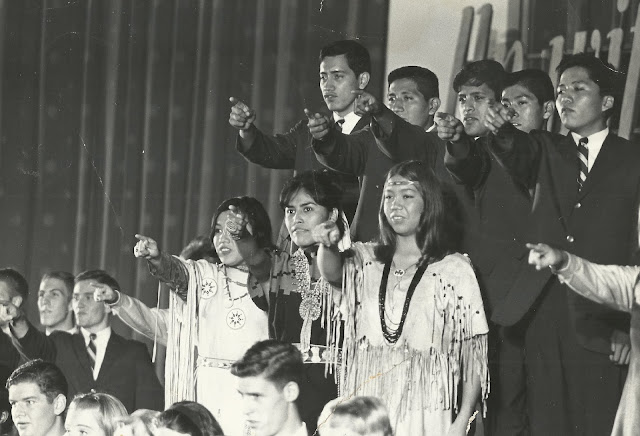 By the time I knew Jon after he had moved to Santa Clara (where his mom had grown up), the Up With People participation had come and gone (maybe partly because he was not in Utah anymore—I didn't think to ask more).

It wasn't Mormon, but there was a religious seed, according to this article:
The Hidden Story Of The Up With People Singers. From that article:

Up With People emerged from the controversial religious movement Moral Re-Armament (MRA)—a cult-like organization that preached honesty, purity, unselfishness and love—so it’s no surprise that the groups bore more than a passing similarity. In fact, Up With People founder J. Blanton Belk was heir apparent to Peter D. Howard, a British journalist who succeeded Frank Buchman as MRA’s leader in 1961. But Belk broke away to incorporate Up With People as a non-profit after President Dwight Eisenhower urged him to distance himself from the dreary image of MRA.

Whatever started it, both Jon and Keith really liked the songs they learned, and they got to travel because of it, too.
Posted by Sandra Dodd at 10/04/2017 No comments: