Albuquerque, and The Ace Festival

Today I went to the grocery store, thinking of the ACE Festival. Adam Daniel (who is five years old) and I corroborated on a name. Adam did most of the work. It's the Albuquerque Chatting and Exploring Festival, planned for January 7-10, 2011.

Adam said that when his mom was younger, people would say "that's ace!" rather than "that's cool." Yesterday I was watching "As Time Goes By" (a British sitcom, or Britcom), and the character Alistair, who is usually modern-to-futuristic in his slang, said "that's ace." It was partly to show that he was slowing down and being more himself. And because of my correspondence with Adam, I knew that.

This morning at the store I saw this: 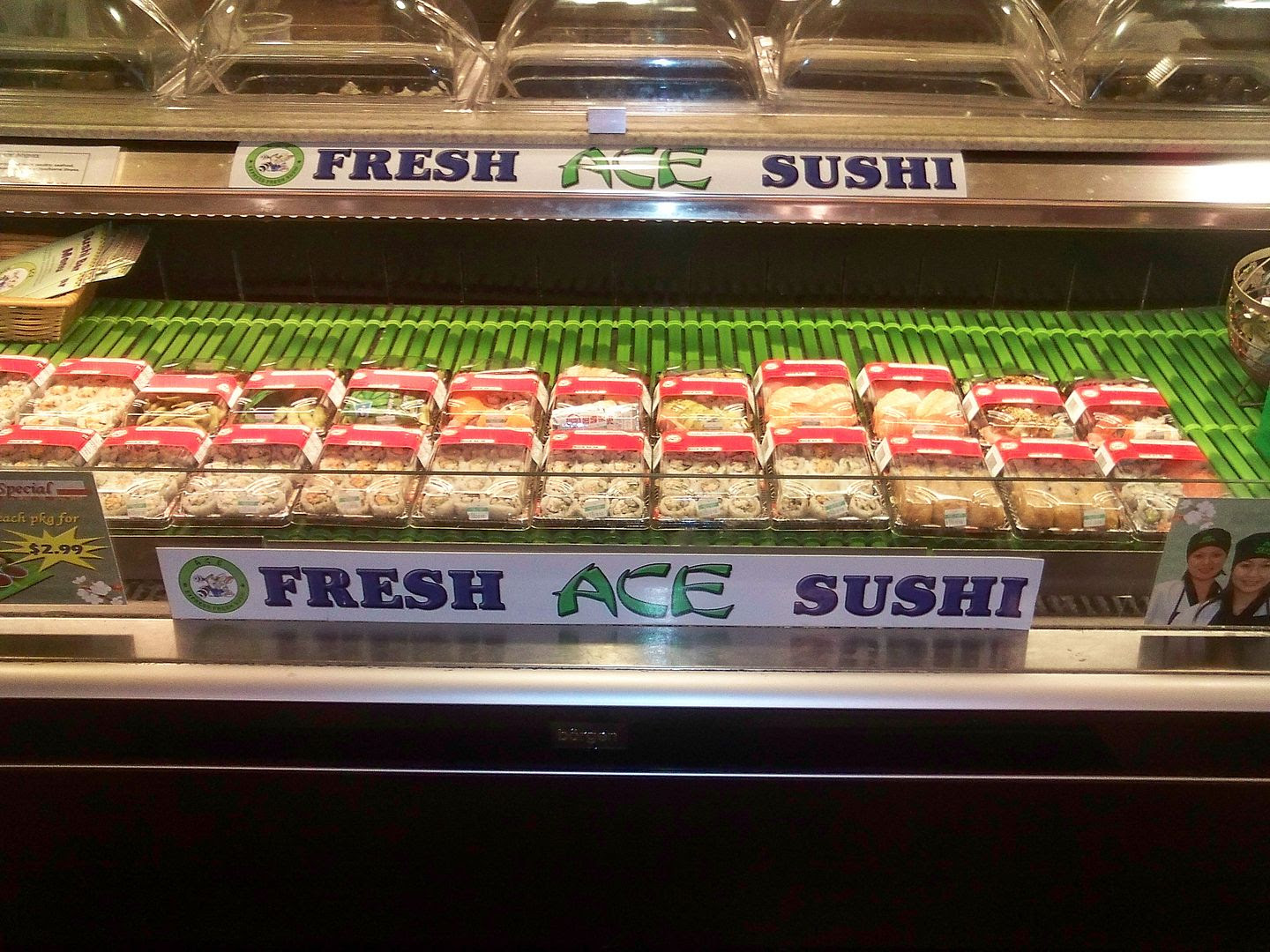 And going out to the car I saw the parking lot in such glory that it would have been perfect for out-of-town guests, but I was the only one there, so I whipped out the cameraphone and brought these images: 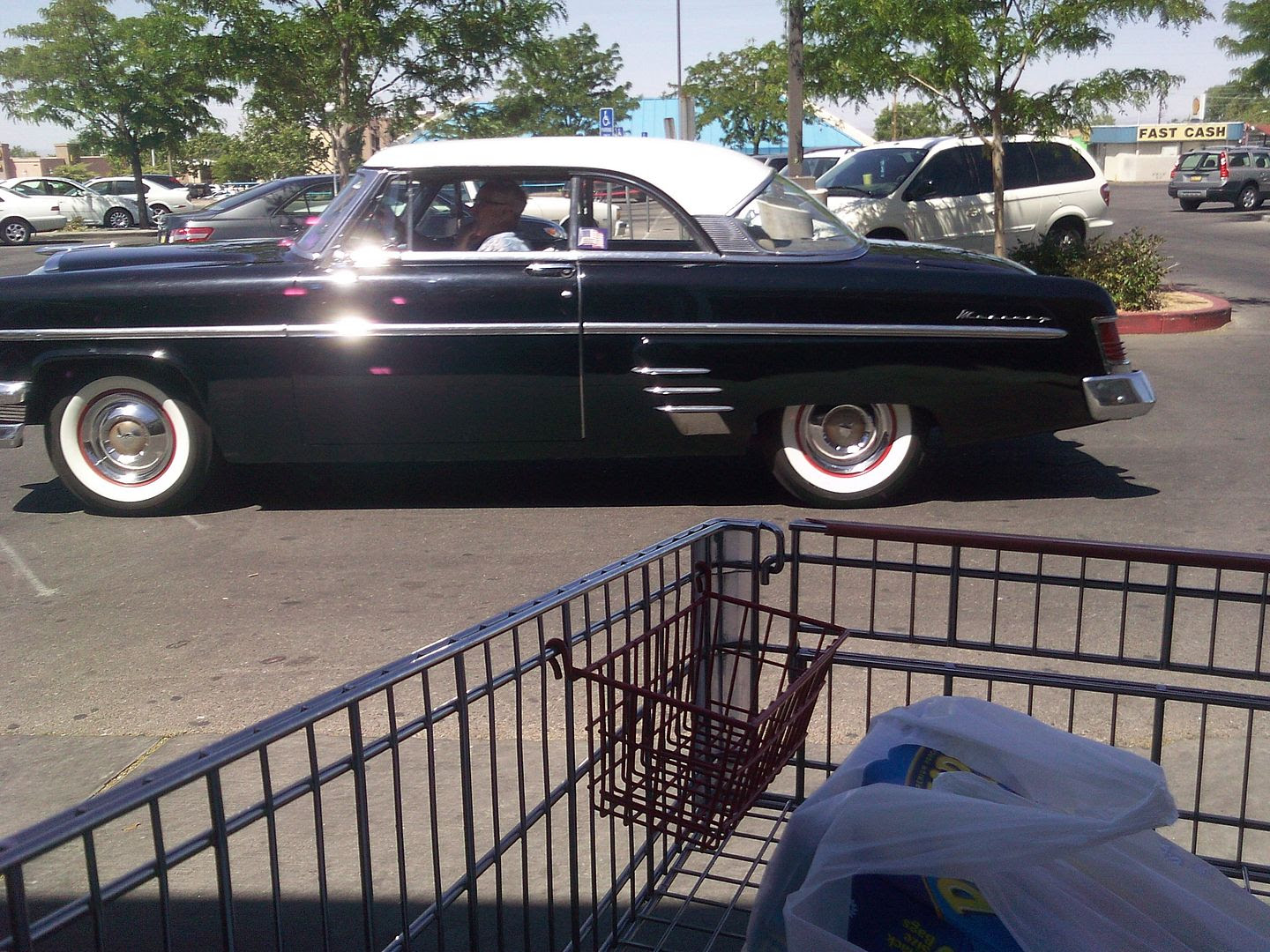 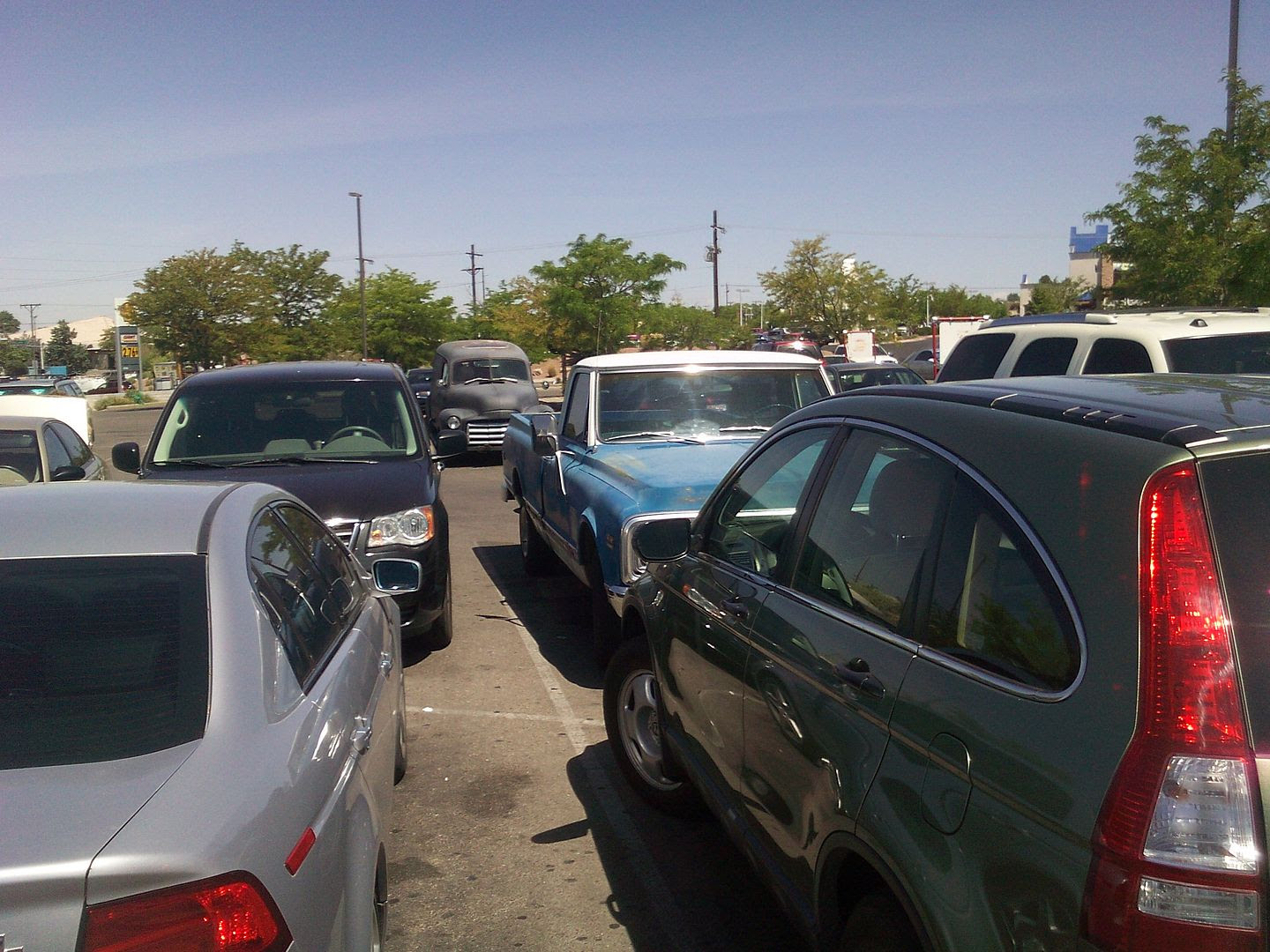 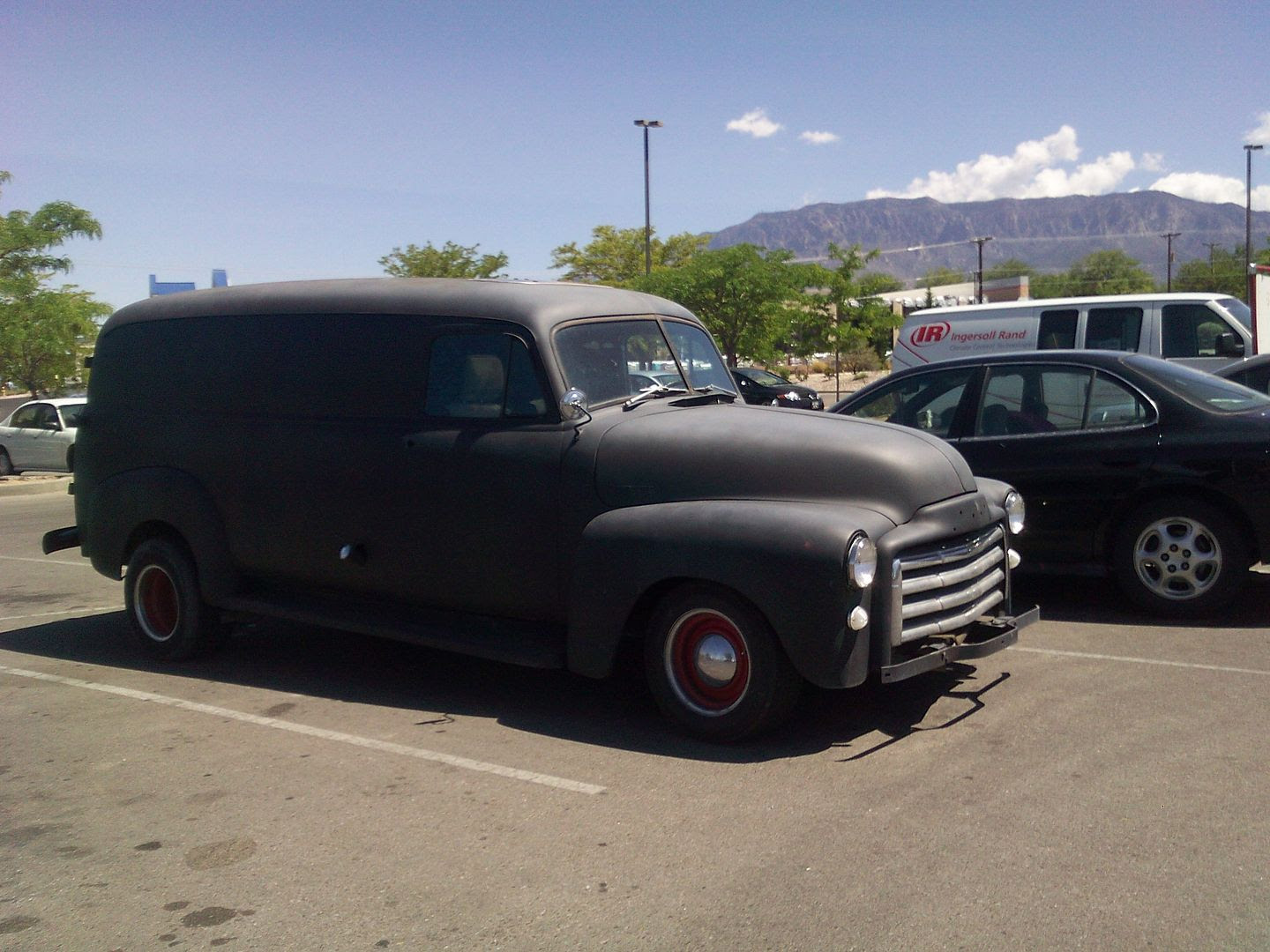 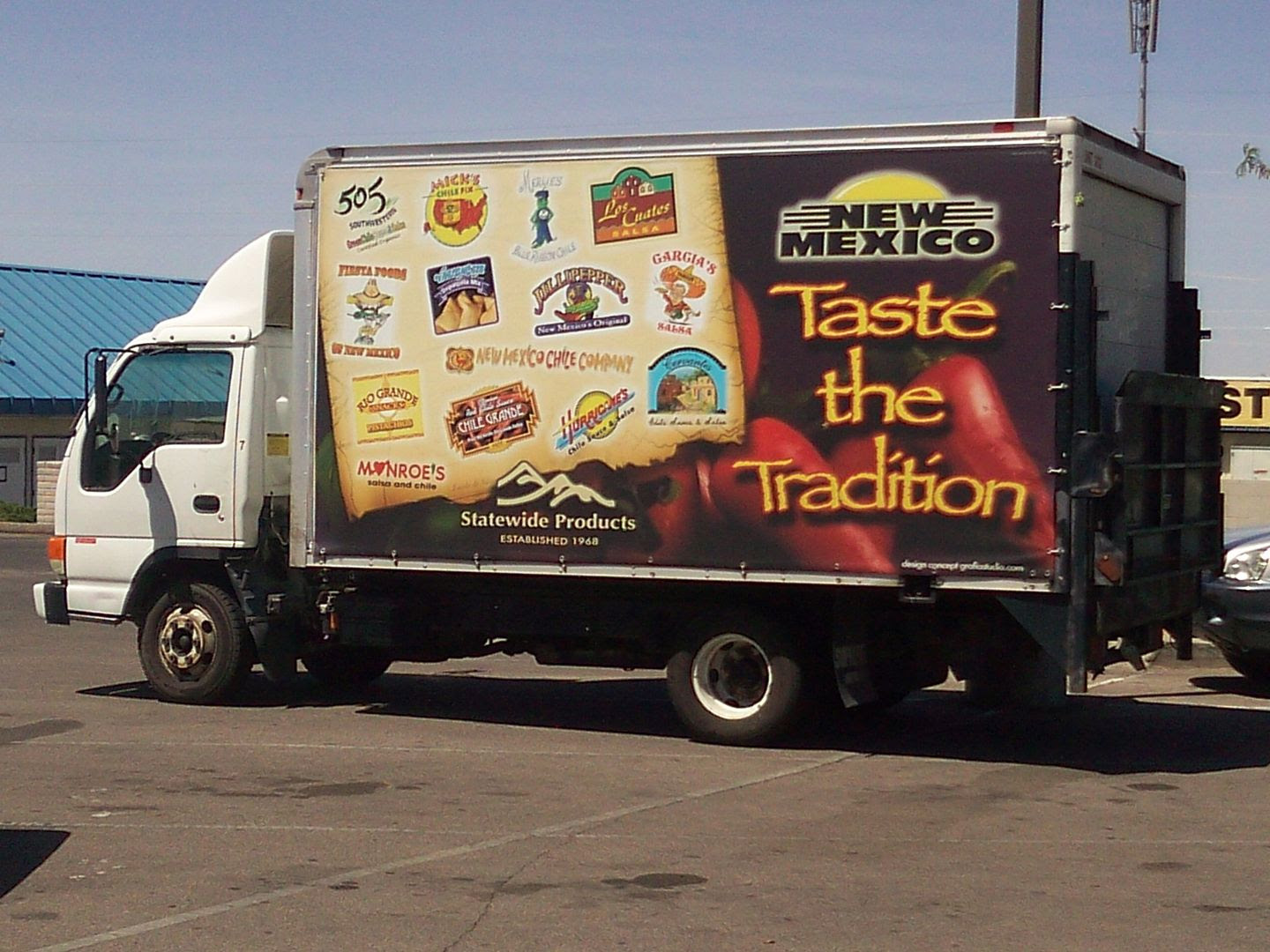 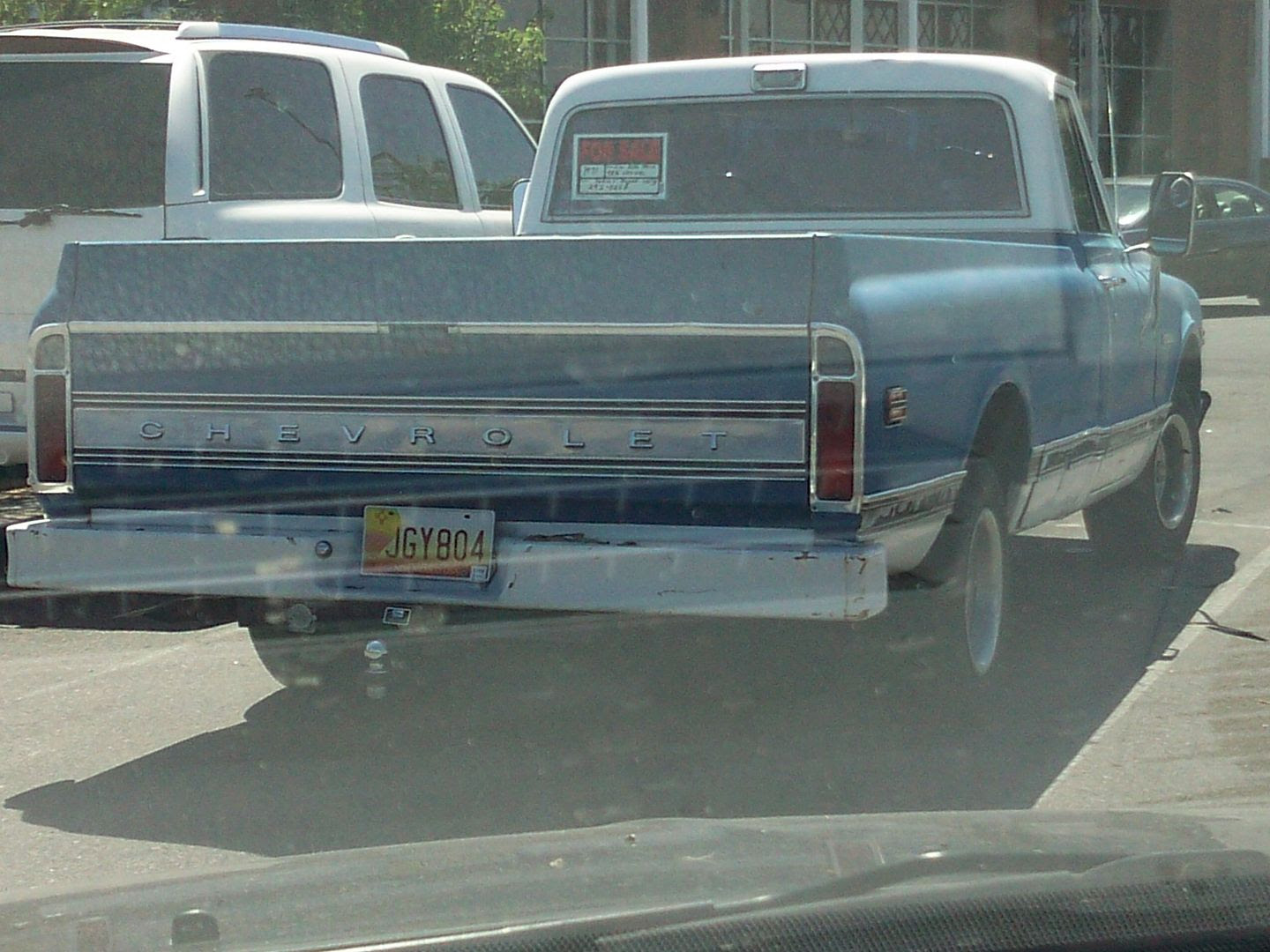 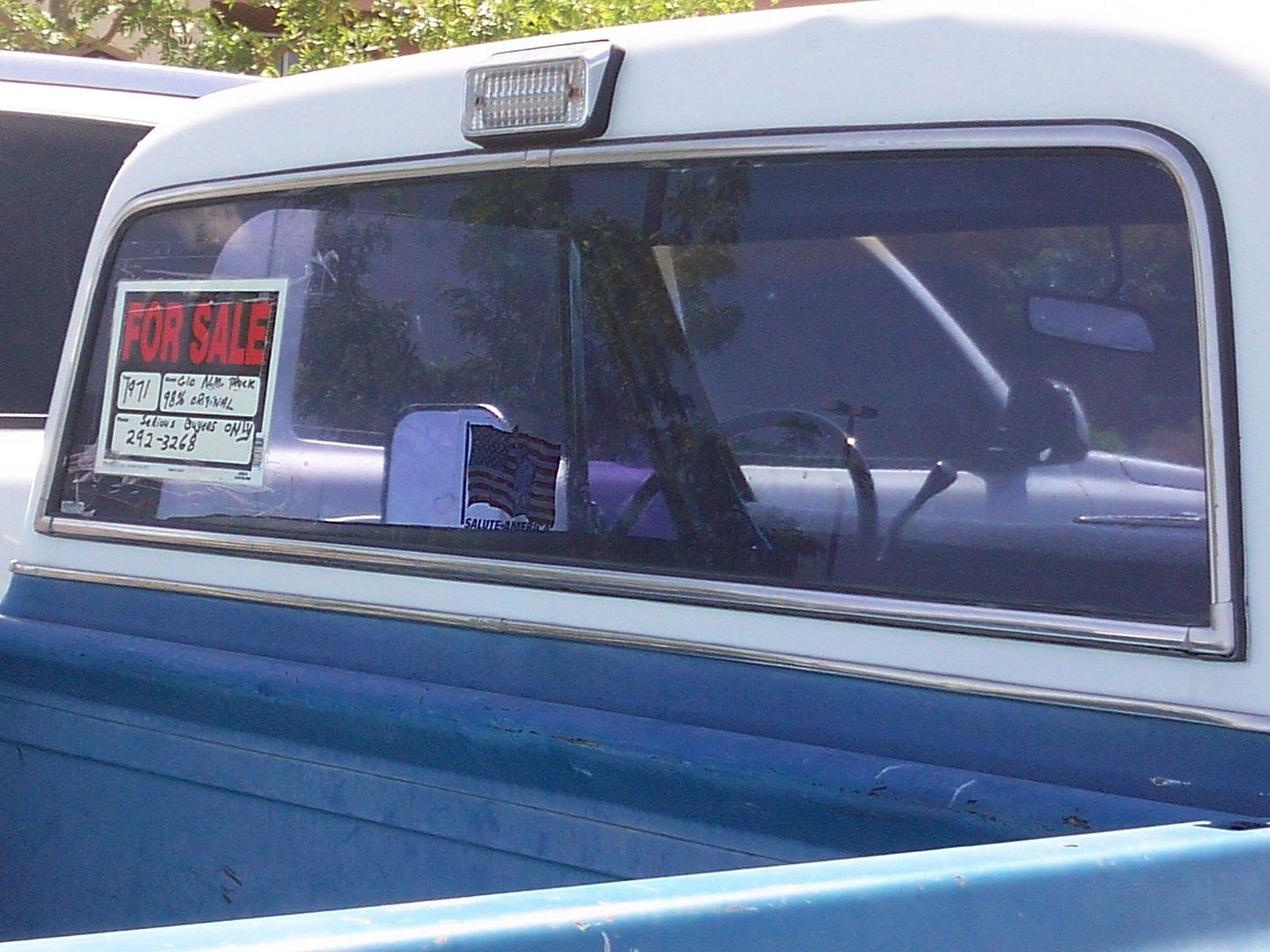 I didn't have to go out of my way. That's my cart in the first one. I was headed toward my car when I saw the old panel van, and the new delivery truck. The pickup for sale was parked right next to me.

http://sandradodd.com/ace There will be a logo but it's still in process.
Posted by Sandra Dodd at 1:00 PM

There's also Ace (different fruit flavors) Cider, which as far as I'm concerned is the nectar of the gods and about the only alcoholic beverage I drink any more. You could have a scavenger hunt (before or during the festival) to see how many Ace brands people can find.

Turns out there's a pushy Christian curriculum called ACE, so I'm trying to counterbalance that. Hard cider and sushi carry some weight there. :-)

Not "evolution," but maybe like as though SUSS and the Monkey Platter Festival had a baby...

Great pictures!! Thanks for sharing. I like the idea of finding a "feast for the eyes" right in a parking lot!