Our friend Vincent King was credited (in an intro speech, and in the movie credits) for a "full dome" animated movie called Tales of the Maya Skies, which had a reception and special screening tonight at the New Mexico Museum of Natural History and Science. Many of those who worked on it are here in Albuquerque; the musicians are from Santa Fe.

If you can see it, please do! It's beautiful. Three times a day in Albuquerque, and it's in some other places too (well.. maybe Mexico and California... and Philadelphia! but it will probably get around other planetarium theatres).

Besides Vincent, we saw his parents and his sister Tamarind, who's been at Stanford dancing and doing art and being otherwise busy for a few years. 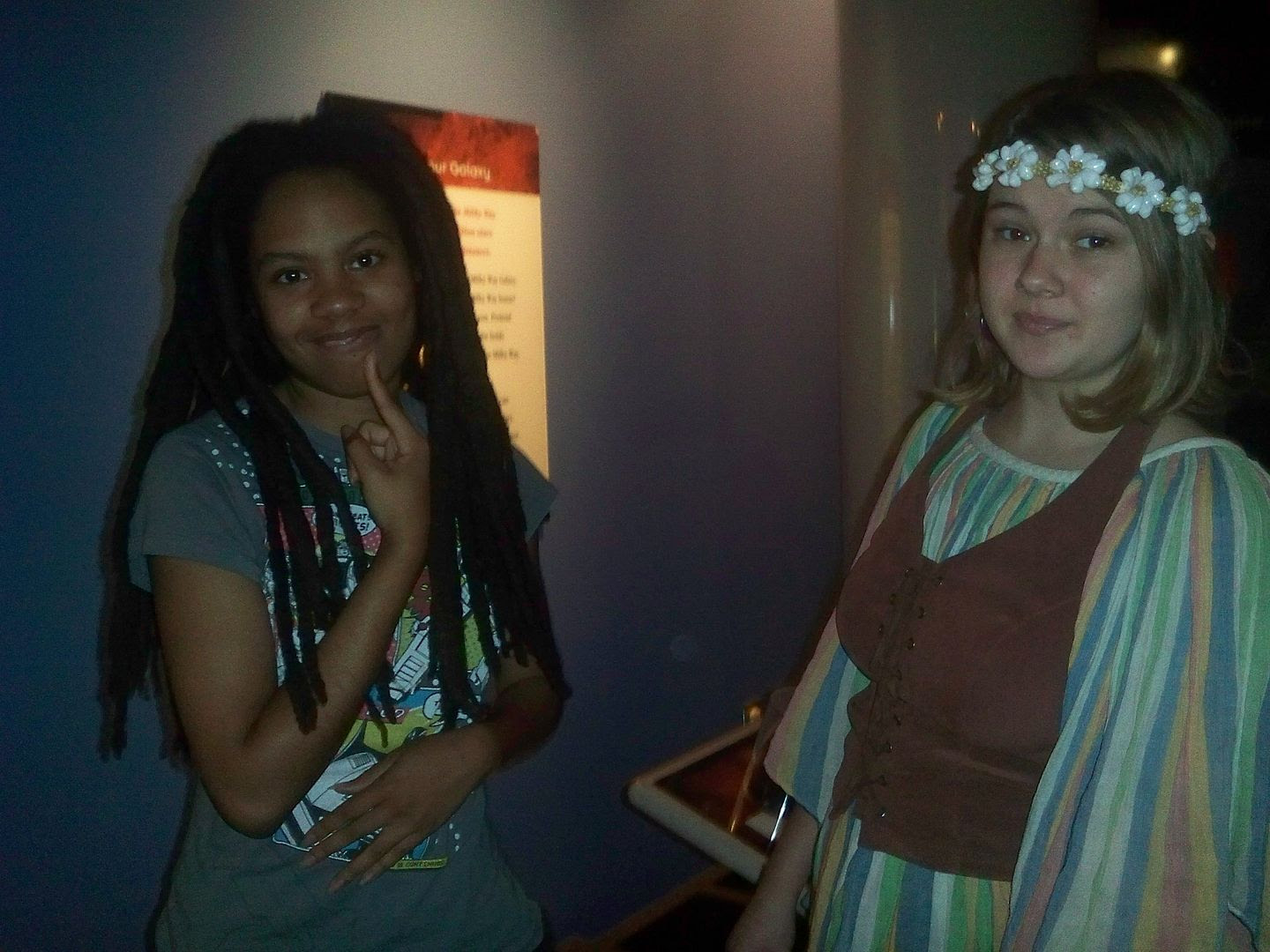 (if you didn't move your cursor over that, please do!)

Tam is Marty's age, and was homeschooled. Vincent is between Holly and Marty in age, and was homeschooled until high school, when he went to the Albuquerque Academy and he's at UNM now (I think; I'll correct this if someone clarifies). Their younger brother had already seen the show and was occupied elsewhere tonight.
Posted by Sandra Dodd at 8:35 PM

Wow - Holly's face is a beautiful combination of you and Keith both at that age, and her outfit definitely looks like something I could imagine you wearing back then. I guess parents do achieve immortality in a way, don't we? XXOO

The striped gauzy shirt IS something I wore back then. It might not be your imagination at all. Holly has worn quite a few things I made in college or in my 20's, and to Steve and Beau's wedding she wore something I made when I was pregnant with Marty.

Really, it's not that we're unwilling to buy her clothes, it's that she really does like old hippie stuff. :-)