Murwillumbah is a town located in far north-eastern New South Wales, Australia in the Tweed Shire. It lies on the Tweed River, 848 km north-east of Sydney, 13 km south of the Queensland border and 132 km south of Brisbane. Wikipedia

We went to an op shop, and a shop selling importa and local artist' things, and books.
We ate in an interesting little restaurant on the old main street. The salads had something none of us recognized, and we were guessing it to be a kind of cucumber, maybe. The waitress said they are "mouse melon," and she had never known herself until that day. They were new.

(Schuyler looked them up and said they're from Mexico.)

On the way we stopped at a closed fruitstand, and later at a scenic viewing place (you had to walk down to it a bit), and to look at an old house. 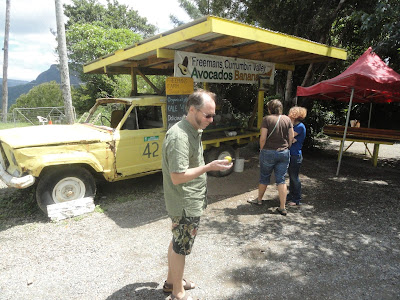 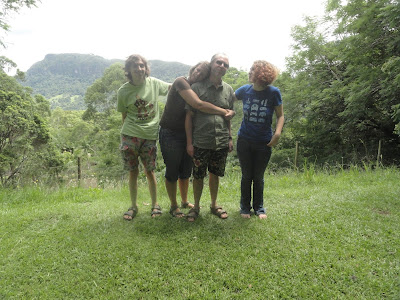 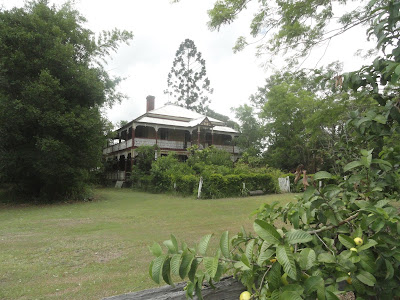 The real destination was Tropical Fruit World, to get miracle fruit—kind of berries, that coat your mouth with sweetener. You can eat lime after that and it tastes sweet. Or any really sour candy. Nothing can taste sour or bitter. 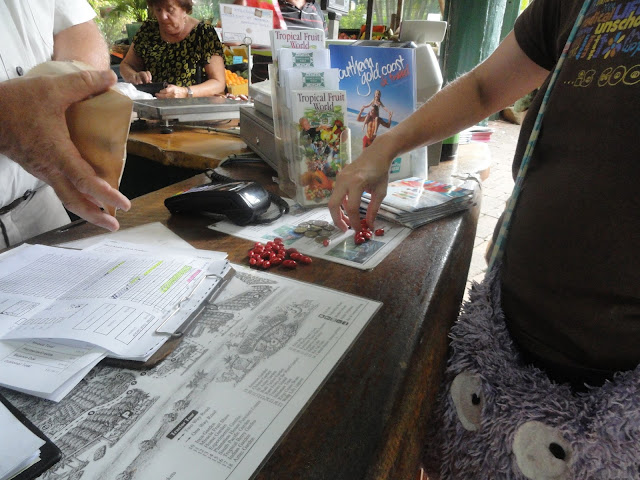 We also got a "fruit salad fruit," which is odd to eat, but tastes like fruit salad. :-) 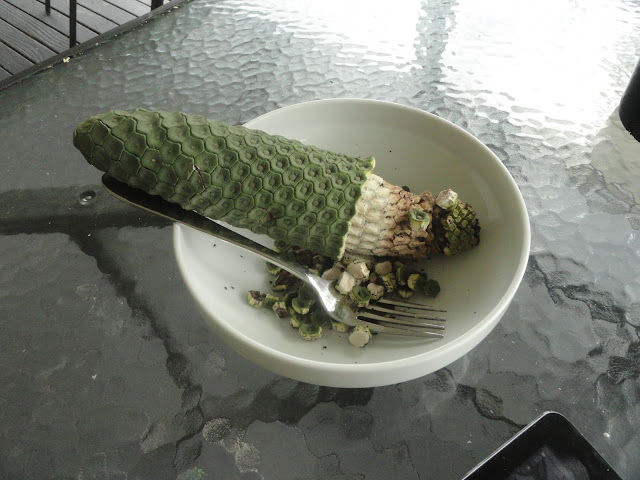 After all that, we took the non-scenic quicker route back.

I didn't get a picture, but early in the trip a monitor lizard came out onto the road, to cross. David stopped and went around him and signalled the oncoming car to slow down. He would've taken a whole lane, at least, if he'd been all the way out in the roadway, but I saw him enter and for half of him to be on the road. His head was long and he was dark.
Posted by Sandra Dodd at 3/08/2014