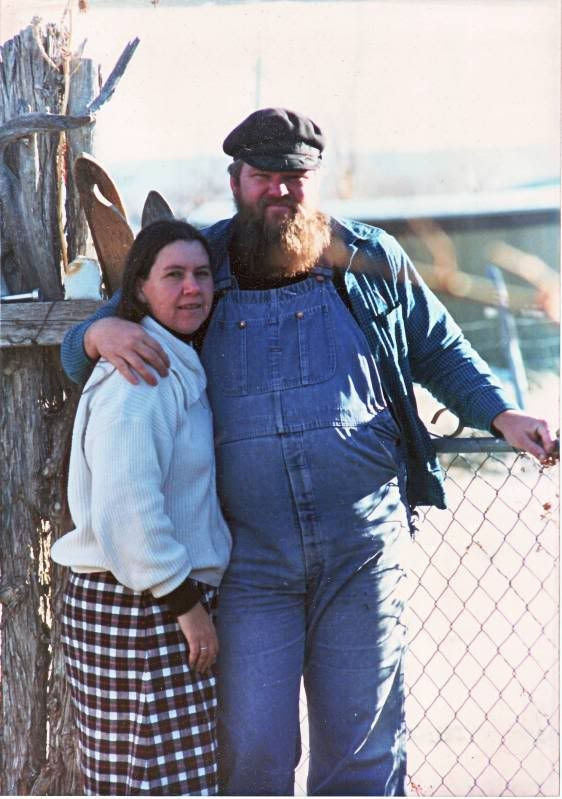 I think this was Thanksgiving, 1981. I know we were in my sister's back yard in Chamita, between San Juan Pueblo (now known as "Ohkay Owingeh") and Hernandez (where Ansel Adams took a photo of the moon over a church).

I got him that Greek fisherman's cap in San Francisco at a hat shop on Pier 39. He lost it within a couple of years, but it was a good one and suited him well. I was wearing a flannel skirt with pockets. I liked that skirt.

I was the 'Steward of the Society' (president of the SCA) which is why I had been in San Francisco. I went to attend an SCA board meeting, at Westercon, in Sacramento; stayed in Berkeley; was given two wonderful tour days in San Francisco, one day by public transportation and the other in an Austin Healy, I think it was. Lombard street for the first time, in a classic convertible. Cool! My host was one of the SCA founders and had a depth of knowledge about the Bay area and most other things he had ever encountered. Duke Siegfried/Dave T.

I wrote to verify and received more info on the car:
It was a Jensen Healey. The "Healey" is the same person who was involved with the Austin Healey, but Jensen Healeys were made in 1973-1975; mine was a 1974. I finally had to give up on it in 2002, but last year acquired a "new" Jensen Healey, a later 1974 one with a 5-speed transmission. It is white, not black.

Nine years or so after that photo, there was this one of me and Holly, our third child. 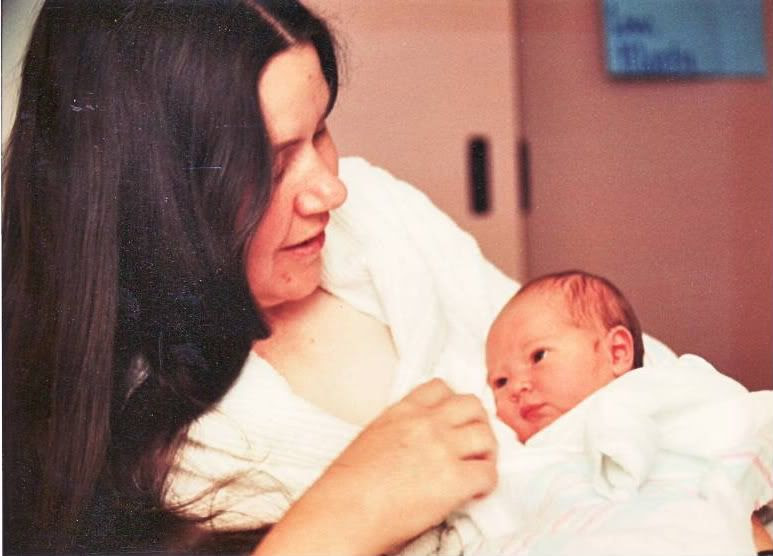 This all makes me feel this old: 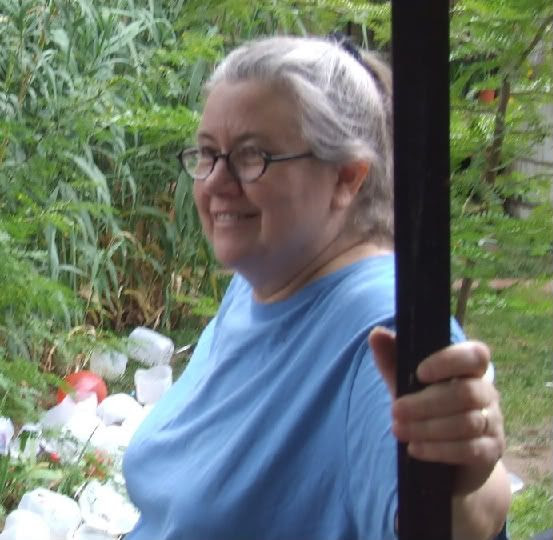 (my hair looks greyer when it's pulled back, but it's not as brown as it used to be!)

Lovely! My hair, what's left of it, is totally grey. I like it; I feel like I deserve to have grey hair. Just call me eminence grise! Or senectobarbus.

Great pictures! I especially like the one of you and Holly. Doesn't the time pass so quickly?

What a beautiful newborn your girl was! I love the pictures from the past.