Holly did some stuff

Yesterday Holly did this: 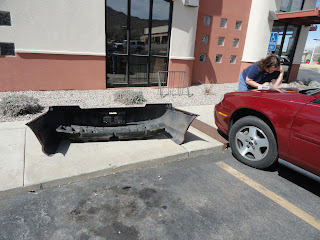 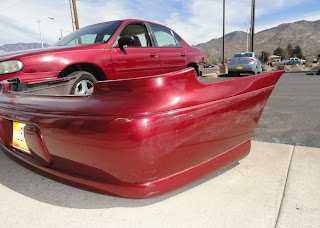 She bumper-bumped another car at the credit union. The whole thing fell off. It was made of plastic and styrofoam. It was fastened on with plastic bolts of some sort, it seemed. 2004 Malibu Classic. Just sayin'.

But Holly was at fault, and our insurance company will take care of the other family, who were also very nice. We waited for the husband of the woman to come from Bernalillo (20 miles north) with the pickup, to get the fallen-off parts. Holly was sweet to him, and he said "Nice running into you!" when we were leaving. The insurance agent took statements from Holly and the other driver, and so we don't need to go file police reports. Yay!

This morning, Holly went to volunteer at a hippotherapy event (horse therapy). That's her standing on the left. Her job was to blow a whistle (and she got a sunburn). 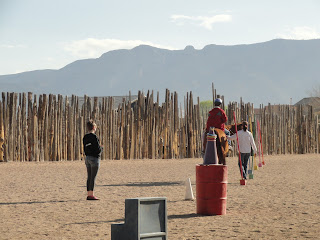 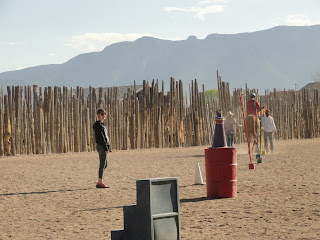 Then she came home and we got into an argument. That wasn't fun.

Then a few hours later we made up. That was good.

Now she's off bowling with Marty and some other friends.

Keith and I are going to sit in the hot tub in a while, and then watch Saturday Night Live, and wake up and watch CBS Sunday Morning, and then I'm going to make Holly a good breakfast so she can go to a six-hour event called Women & Creativity.
Posted by Sandra Dodd at 9:04 PM