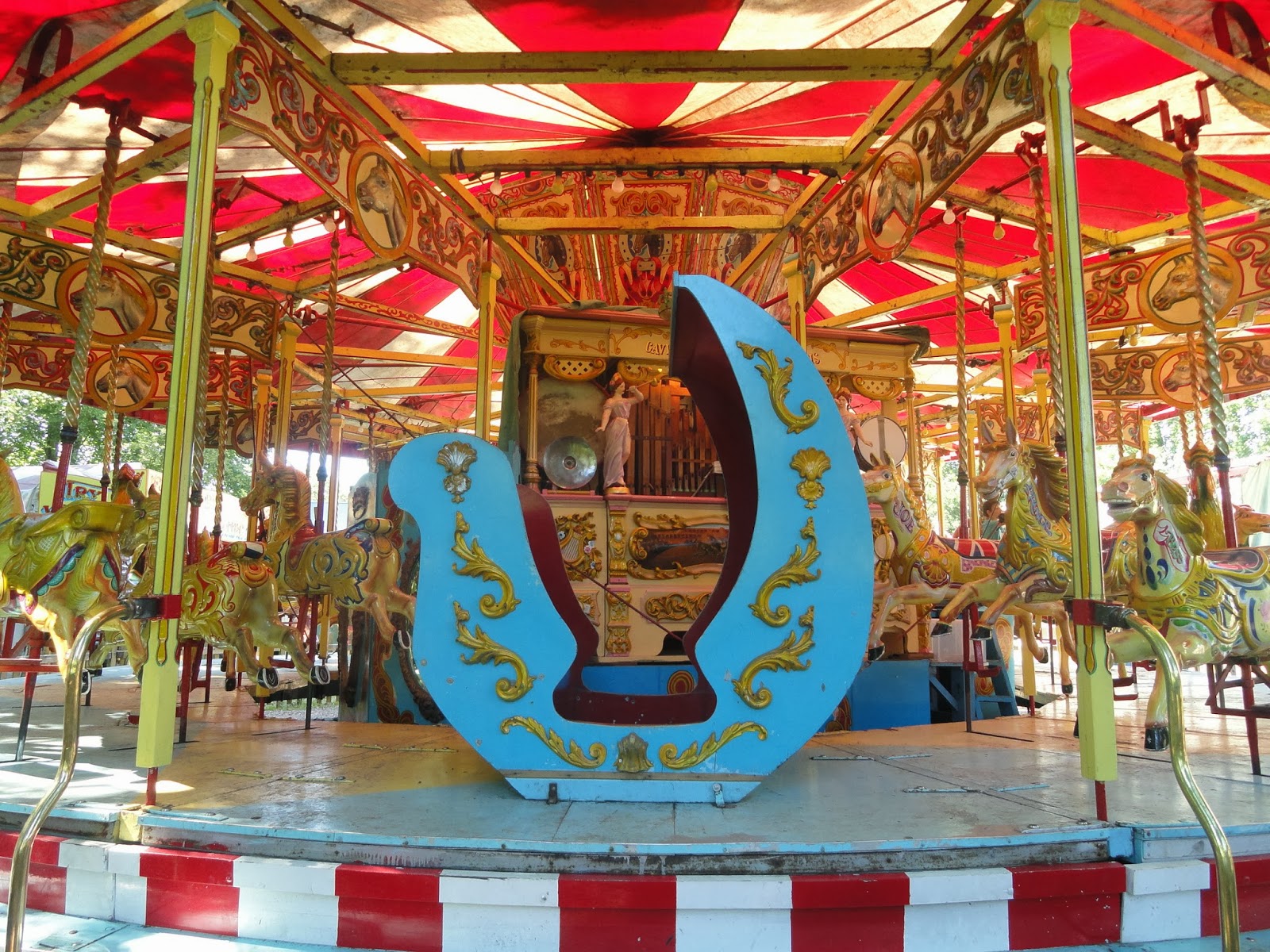 A carousel at Hollycombe Steam in the Country, Hampshire, taken June 2011. I went back and took some other photos of the same carousel in 2013 and they're not nearly like this one for luck, light, framing and symmetry.

It's been the background on my iPad, and the iPad is unwell, so I'm putting it in several places for safekeeping.

I will have other favorites other times, no doubt, but this year, this is the one.
Posted by Sandra Dodd at 5:23 PM