Snow Cake and other snow 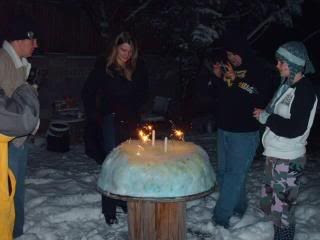 Kirby made a snow cake for Sadie's 22nd birthday. The candles wouldn't stay lit, but Holly knew where some sparklers were. Later I commented to a new friend of theirs who had never been here and was getting the house tour (including my messy office) "One thing about being packrattish is you have sparklers at Christmastime."

Kirby added, "If you keep everything, you have everything. That's how it should be."

Here are some more snow photos, and they too are of before the snow was as deep as it is not. I can't keep up. It keeps snowing. I love the way it can pile up on something as thin as the edge of a cooking pot or clay flower pot. And this is how fluffy it was: I got a different cooking pot and scooped it full of snow off the deck, so un-walked-on snow, not compacted at all. I melted it on the stove. What started off 6.5 inches deep was 1/4" of water. Very fluffy snow. 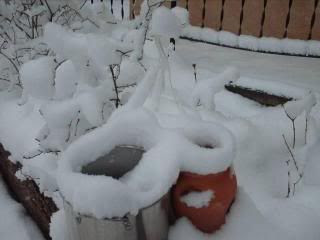 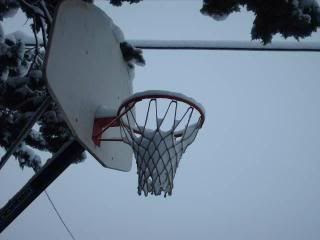 Holly's rat cage, which was out to air and sanitize. Good job, snow! 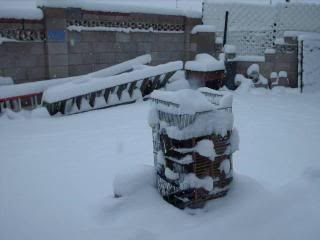 more snow photos
and here's what the pipecleaner guy looked like without the snow all over him: 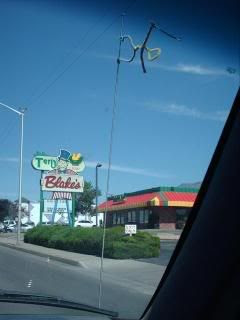 (snow-weighted below)
Posted by Sandra Dodd at 12:02 AM

Amazing. And here we said we didn't want to move away from MN for fear of missing the snow. *g*

I have about an inch outside right now.