I was at the dentist, a place I don't like to be. I had taken the teeny iPod that a friend of my kids' had given me because it was old and he wasn't using it. Old. And so I was bored in the dentist's office and didn't want to start a magazine article, so I examined the iPod. Not much writing on that, and it didn't take long to read it.


It shows better if you can tilt it in person, than it shows in a scan. It says Geneva, March 2007. Okay. For electronics I guess three years and some can be obsolete.

Having read the whole iPod, I looked at the art on the walls. Art nouveau toothpaste ads, and one nicely-framed diploma. I don't read Latin, so pretty much it was blah blah blah (or in Latin, blabus blabus blabus), but I do read Roman numerals fluently. 2008.

My dentist graduated from Harvard in 2008. The 372nd graduating class, I think it was saying (probably not of the dental school). A year after my iPod was proudly date-stamped, with its month of manufacture.

I was grateful to have music, a charge card to pay for the dentist visit, and a car to drive home in. 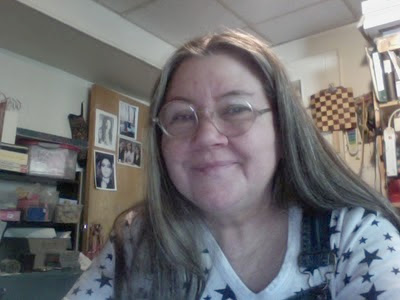 So today Marty and I drove around. For mysterious reasons never to be explained, we didn't get the mail saying the jeep registration needed to be renewed by mail. My name is on it, Keith's isn't. Marty's is but he's broke this month. Marty and I went to the emissions-check station. Passed all but gas cap. $10 to retest there; free re-test blah-de-blah Broadway NE. Old Jeep place closed on them without notice; now Mazda, have some old Jeep parts still, not that one. So far we're still not five miles from the house. Go to Coors Road. Far. Friday afternoon congestion. Parts store slightly moved, quarter mile up the strip of auto sales places. One Wrangler gas cap in stock; got it.

Broadway emissions headquarters closed at 4:30 and not open until Monday. (It's 4:47.)

Stayed fairly happy. Marty's girlfriend has a car; he can use my van; he can get it finished up Monday.

We are unaccustomed to these things. Keith mails the fees for registrations right after they arrive. Also unaccustomed to a recessions closing parts stores that way. Glad I enjoyed being with Marty, and glad we live in town and not far from those places, offices, checkpoints.
Posted by Sandra Dodd at 6:35 PM