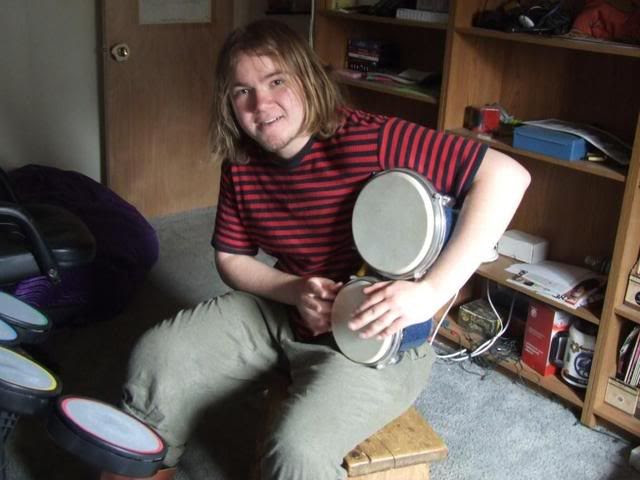 I found the bongos. They've been lost since before I put Moving a Puddle together, because I had wanted to put a photo of them in there.

A couple of days ago I was rearranging SCA gear, dishes, little camping stuff, and wanted to get more space under the cabinet and... 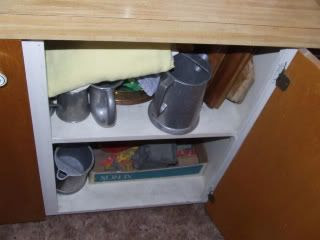 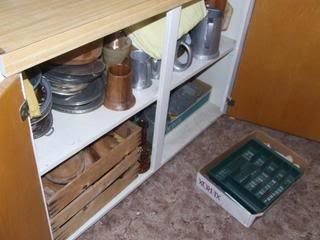 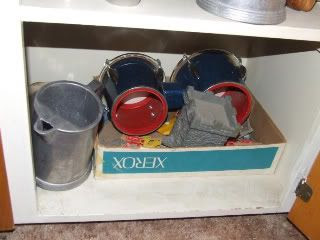 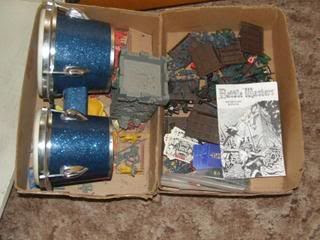 Kirby stashed a game away, years ago, in two box lids. Maybe the bongos were in there and he just put his game under them. But they were in the second of two trays of game parts. TaDaaa!
Posted by Sandra Dodd at 2:49 PM