Here are some pictures from the weekend thusfar:

I made Marty a breakaway dress shirt to be a Chippendale dancer kind of guy. A week ago he had gone to a costume party dressed as he dresses for work, with the addition of a vest, and said he was a valet (or a chauffeur, depending) and kept asking people for their keys, and then going and moving their cars. He didn't hide any too far.

So last night, he said, when he showed up one guy said "I'm not giving you my keys," and someone else knowing Marty works in a restaurant and wears a white shirt and bow tie there, said "What's your costume?" So that was his cue.

I hear he put the shirt back on and disrobed several times, but this is the only video I have so far. There are others I hope I get pointers to.

Holly was a fairy. There's a picture her but her wings were off and the flower headband was gone. 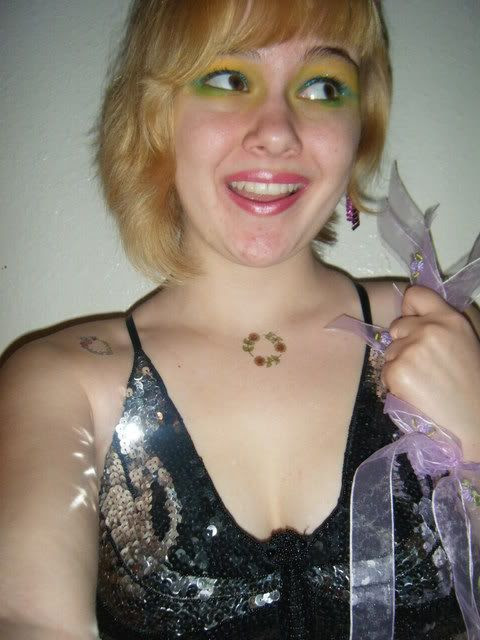 Here's Brett, who's not as much a costume-wearing guy, but he was the fairy's bodyguard. He's the one in the middle, in black. 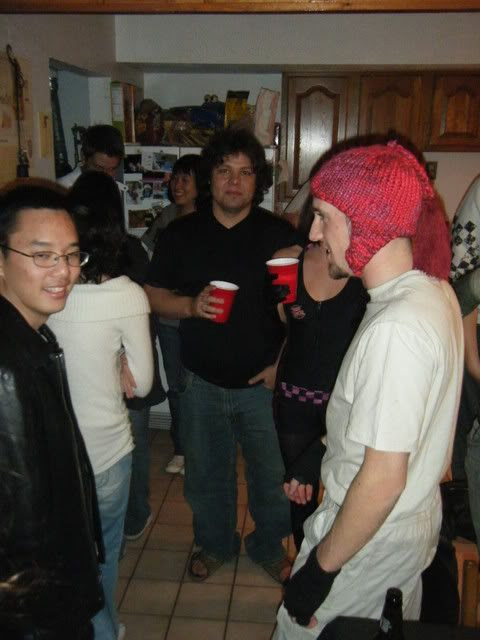 Kirby was working, in Austin, and I haven't heard what he did after work on Halloween. He is a costume-wearing guy, but also a working-weekend-evenings guy.

Then today was Holly's surprise party. It worked!! People met at a barbecue place very near our house. That way they could do the "Surprise!" moment, and park their cars in the public parking lot at a shopping center, and then walk up the alley to our house. I was setting up at the house, so I missed the barbecue meet-up, so the photos are as new to me as to most others.

Here's the musical moment and then mini-images and links to the rest of it (some good photos, by Marty! Thanks!). Oh... the end cut off, but Holly was admiring the candles, and I was telling her those are the candles she picked out for Kirby's birthday, and we didn't end up using.


The cake is from ABC Cake Shop on San Pedro near Constitution, in Albuquerque. Great cake shop.