Here's some trivia from the last few days.

The mattress I'm using is called "Sultan Elsfjord." One of the shops inside Obidos was called "Ibn Errik Rex."  Two fun amalgamations of languages, both including Moors and Norsemen. 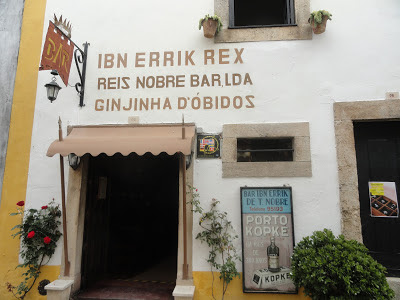 Their "pub sign" was either suede or cloth with the letters cut out, sewn (long ago) around a piece of painted particle board. It looked pretty cool: 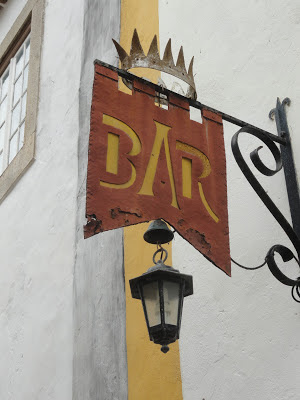 One large restaurant (two story with entrances from both levels, because that's how steep the hill is) was called "the Pretentious Restaurant and Bar" ("Restaurant Bar Pretensioso").  It sounds cooler in Portuguese.  Sounds like a Hogwarts spell to make a restaurant snootier.  Or maybe to turn any business into a restaurant and butter-beer establishment. 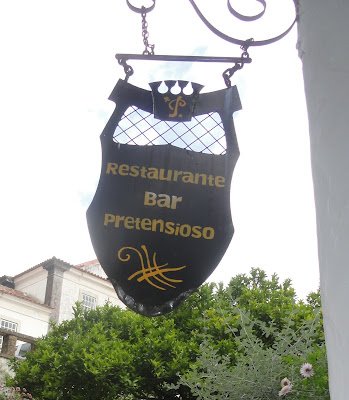 An older Japanese couple standing near me saw this and reacted pretty strongly.  I have felt the same way about things the Japanese eat.  And, a time or two, the Portuguese.   But this one, as objectively disturbing as it might be internationally, is familiar food to me. 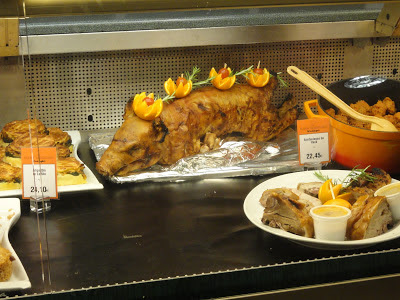