Why does the Manueline tomb of D. Francisco de Faria, from the 1st half of the 16th century, have a man under his feet holding a pair of stirrups?

Where some have a dog or a lion, there's a guy. Not a happy looking guy.

The tomb is in the open-to-the-sky ruins of the gothic Carmo church (Convento da Ordem do Carmo). My photos aren't totally clear, so I'll link one I found with Google image, too. I can't find any biographical information on the guy. Perhaps if I could read Portuguese it would be there.

I don't have a burning need to know, but I am curious. Did he vanquish a group of foes? Did he win a horse? What's with the stirrups? (I don't figure he stomped on his squire; that wouldn't be nice.) 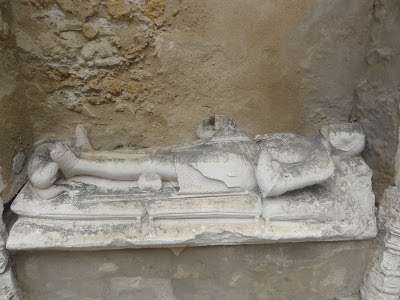 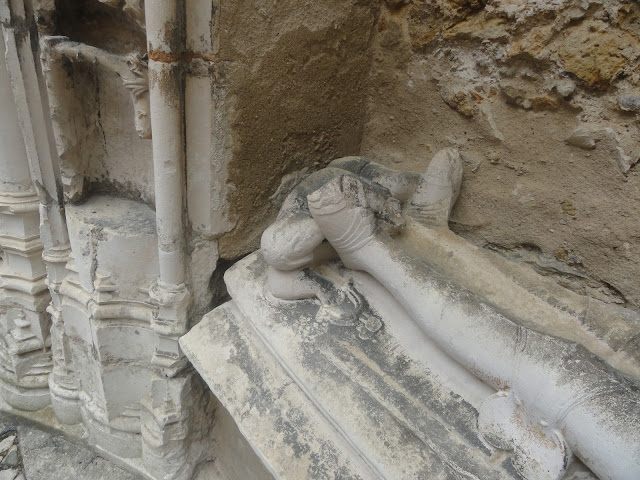 from this blog post: Museu Arqueológico do Carmo - Lisboa
All I find about him is he was born in 1535 and died in 1580. There is information about another man of the same name but he was born in America living in Flanders, questioned in England **.... NOT the same guy. (Kind of interesting, and maybe related, but that's not my question. I want to know about the effigy.)
Posted by Sandra Dodd at 10:04 AM