If you're not on Facebook, we can bring it out here into the open public land of blogs.

List five things for which you're grateful each Wednesday (or thereabout) from now until Thanksgiving. If you're Canadian and Thanskgiving has already passed, maybe just follow the lead of some American friend of yours (if you don't have American friends, would that be something to be grateful for?). If you're not from North America and you don't have Thanksgiving, maybe just go with Wednesdays between now and November 25. I suppose continuing to be grateful even after then would be a bonus.

I want to bask in the joyful humor of the item below without being critical of people who know more languages than I do. Even one and 9/10ths of a language is almost a whole language more than I know. So I respect the bi-lingual and tri-lingual people around me, and if they can't spell, so what? Lots of people can't spell. And if they don't know a polar bear from a black bear, so what!? Bi-lingualism doesn't guarantee a knowledge of the wildlife of North America. (And to be fair, maybe they ordered polar bears and the factory was out of white plastic.) 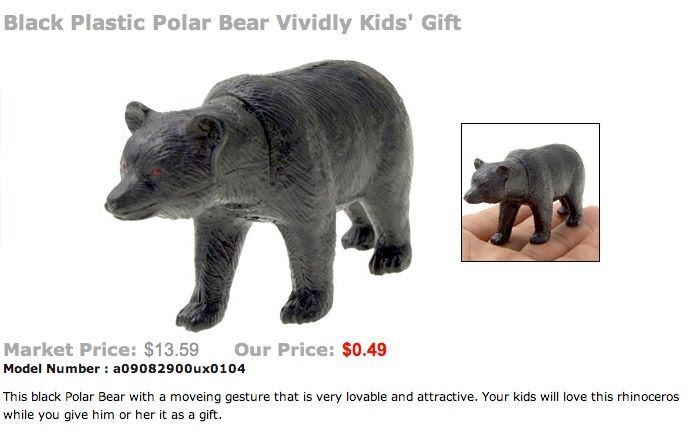 But wait... Color doesn't matter. How did it become a rhinoceros? Maybe a clerical error. Perhaps they had a rhinoceros last year, and the catalog editor changed most of it and missed that one. Probably, huh? No problem.

WHOA!!!! I thought it was just a little bobble-head bear, but it's a totally morphin'-power shapeshifting toy and for only 49¢! (Plus $5 subsidized shipping, from Hong Kong.) You don't see that every day.

You might want to re-read if you missed the exciting transformation, which I will review for you here with cheap clipart: 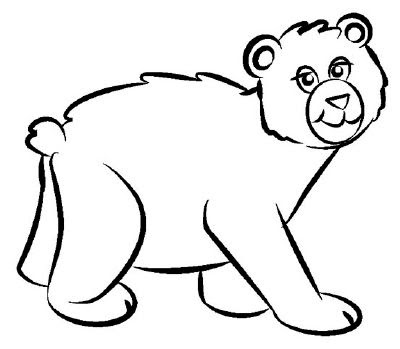 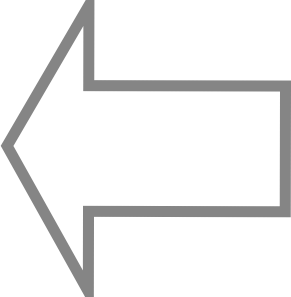 Well that was fun. I'm grateful for black polar bears and their Chinese keepers, and a photo of Gina, and the rain that's still falling on the roof that's still not leaking.
Posted by Sandra Dodd at 9:51 AM

Thanks for the gentle-hearted laugh!

very funny :) It would be a pretty slick toy if it could do all of those things!

thats awsome :D
i would love a toy like that.