Me at my house this week

I hardly have any kids, though I talk to them a lot. Marty's here but hangs out with Ashlee and plays video games and music, and isn't the most talkative of the group. I do hear from Holly a time or two every three days or two. Kirby, every couple of days. But as to obligations, it's mostly just me and Keith, and I'm gimpy. 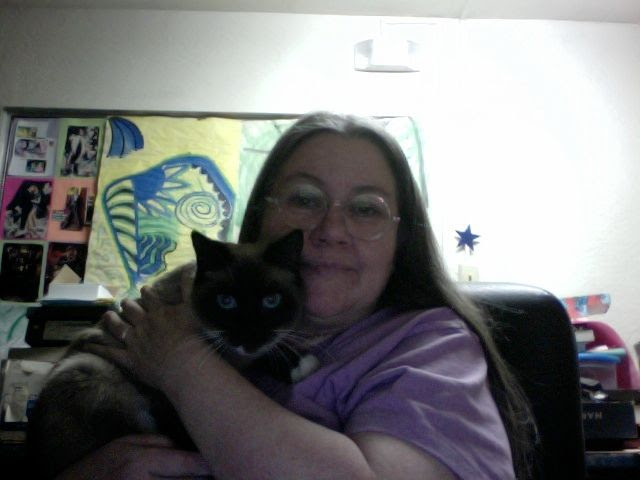 Here's our cat Mina, who came to live with us in May and used to hide. Now she will climb on people, and lie between me and the computer and purr and groom me. She chews my hair. Both cats go all over the house now, though the pre-existing cats disapprove. The new cats will be in the same room with Gudrun (the dog) now, and Gudrun was on the couch in the library yesterday, sleeping. They didn't used to let her in there. 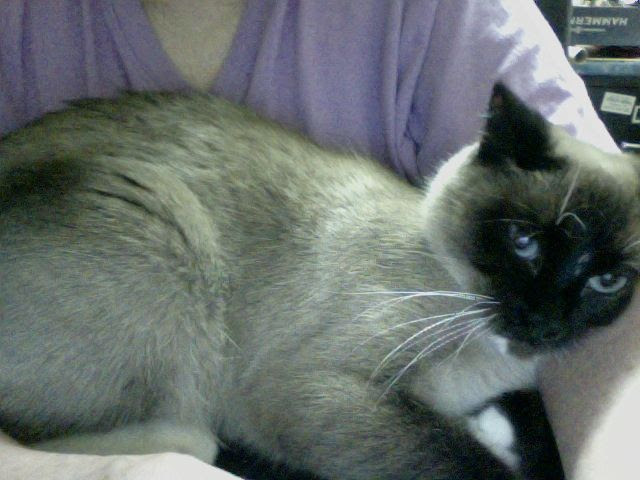 Some of these photos were taken with Holly in mind. Here's the very end of that months-blooming false sea onion: 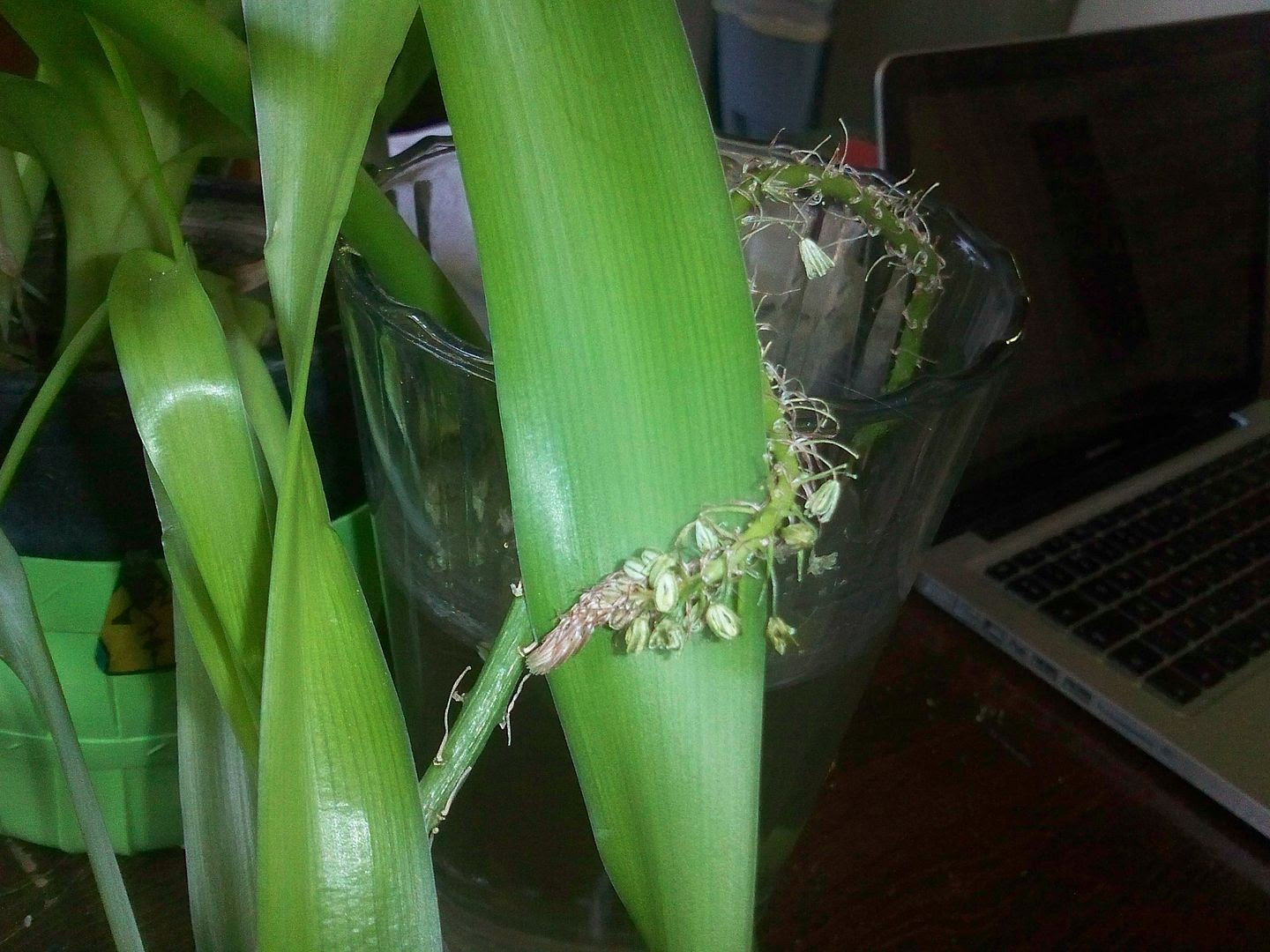 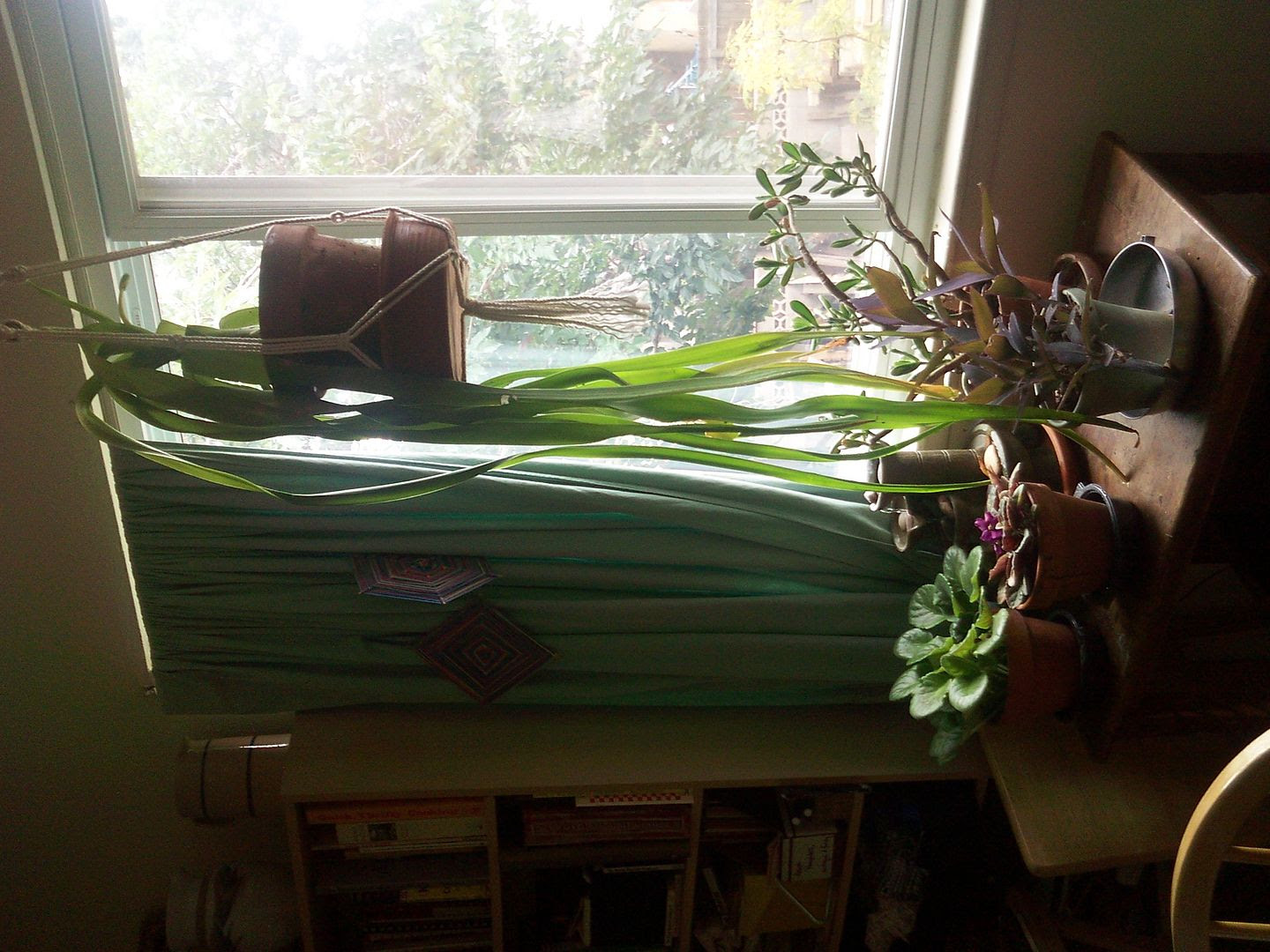 Then I took the plant and divided all the bulbs and they lived in water for a few days and now they're all transplanted into various pots, and I've put the "mama plant" back in the kitchen, but noticed just as I went to hang it up that it's... 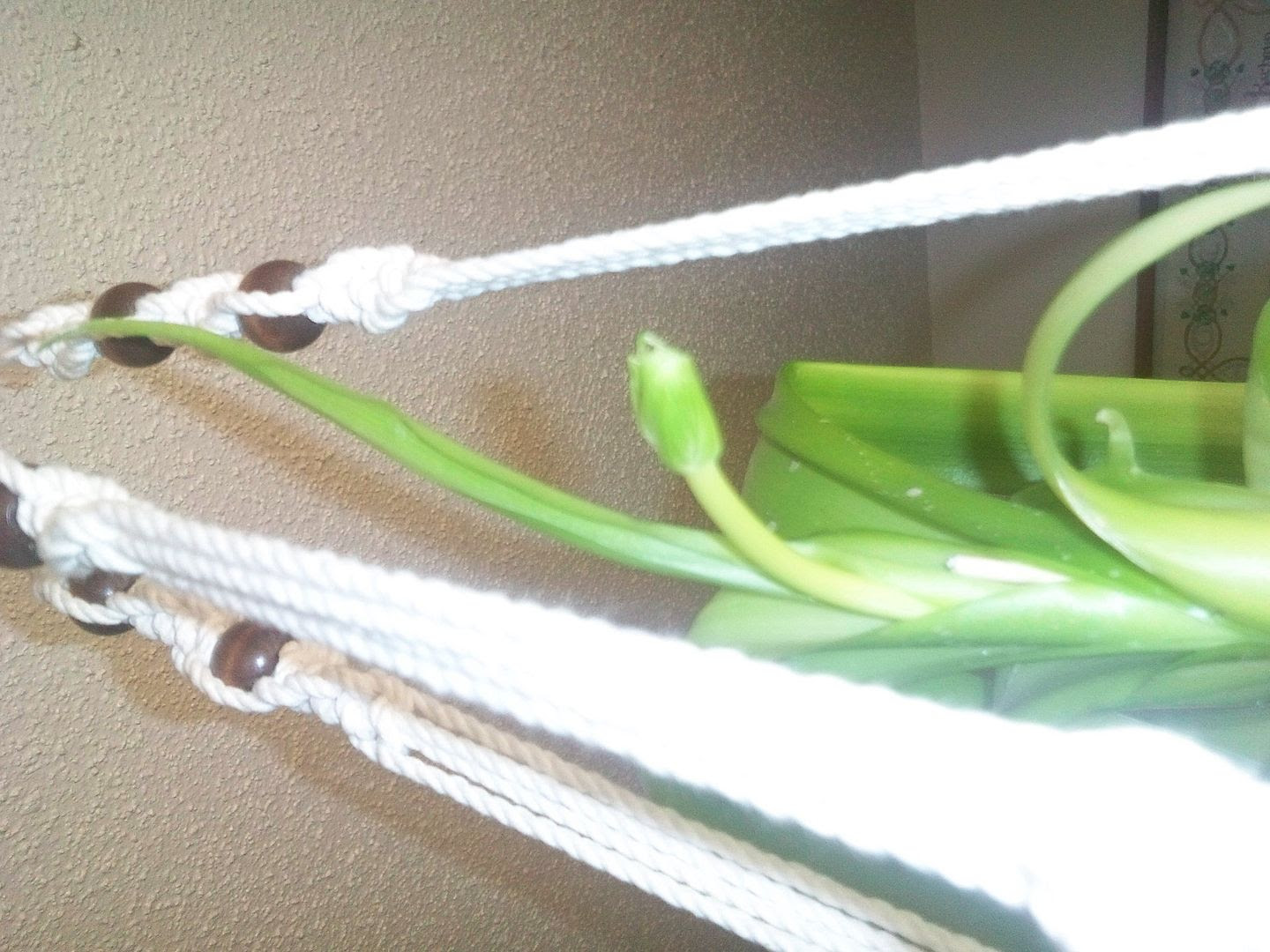 Keith's brother retired from his job with the navy and now he works at WalMart. He brought us a shelf from the garden department, that they rejected for being too ratty. It's getting cold outside, and I'm starting to move plants in that have been out all summer. Some don't look so good. No doubt the shelf will fill up and those plants with the capability to entangle themselves in the expanded steel will do so. It's fun to have, though. 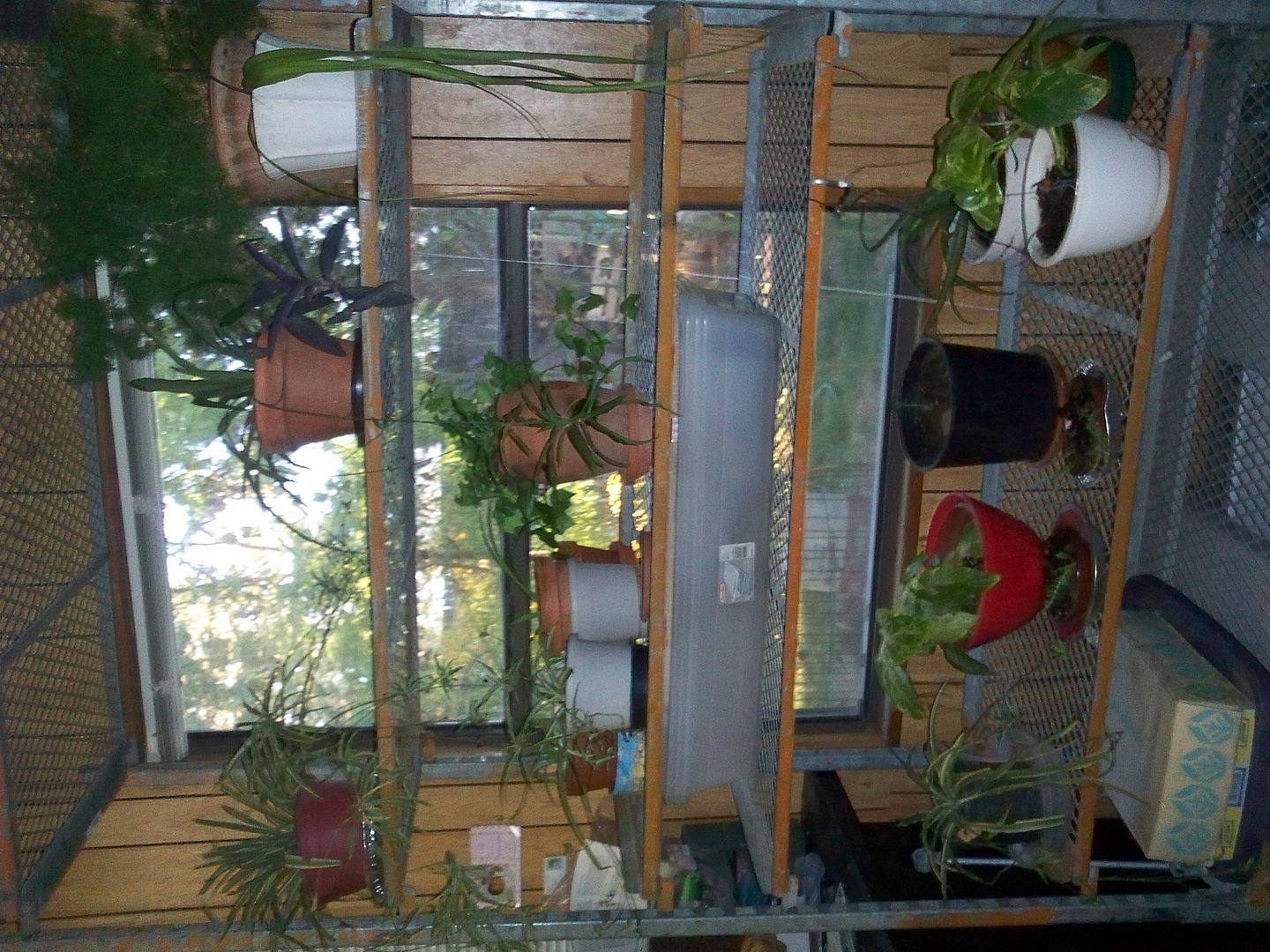 Holly, remember those big white signs in the windows at Kinko's that said "We Mean Business" but we used to see them right to left when we came around the corner? That's them, in the pile to the left. I'm using them to put on either side of copies of the Big Book of Unschooling. I went to Kinko's looking for cardboard to cut up for that purpose and found those three huge foam-core boards in the dumpster. Keith helped cut them up. And there's my WWII paper cutter, which I was given as surplus when I was working at Española Jr. High in the 1970's.

That table is what used to be in the sunroom where the big shelf rack is. The baskets were bought after Easter, at various thrift stores, for use for kindling at the Unschooling Symposium in Santa Fe. Had I waited until winter, they'd've been real money, but after Easter, they were fifty cents or a dollar. We'll take them in the trailer to Santa Fe, and then bring back extra firewood (if any). We're ordering a cord of stovewood for use of conference attendees. Each condo has a fireplace or wood heater. 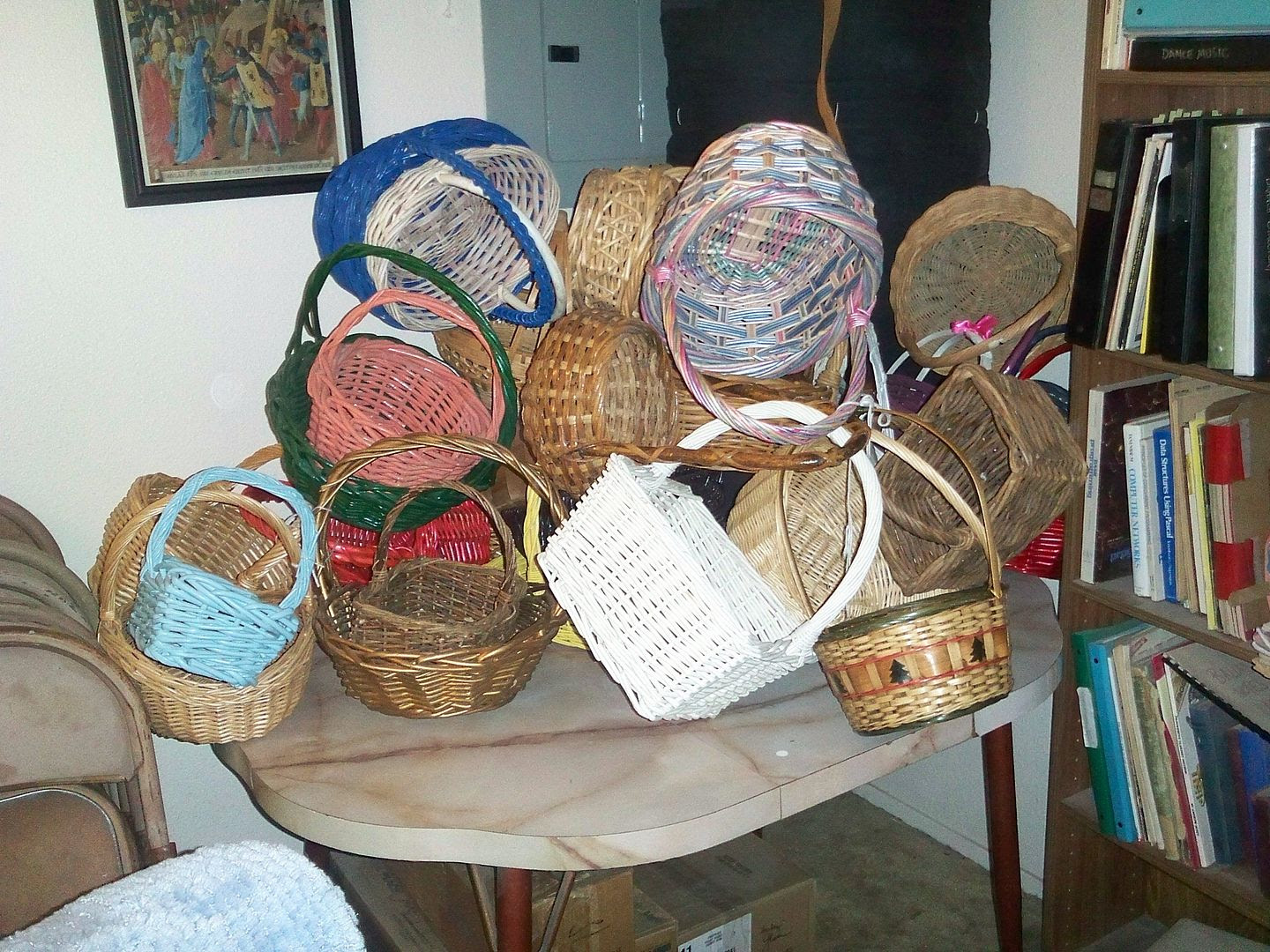 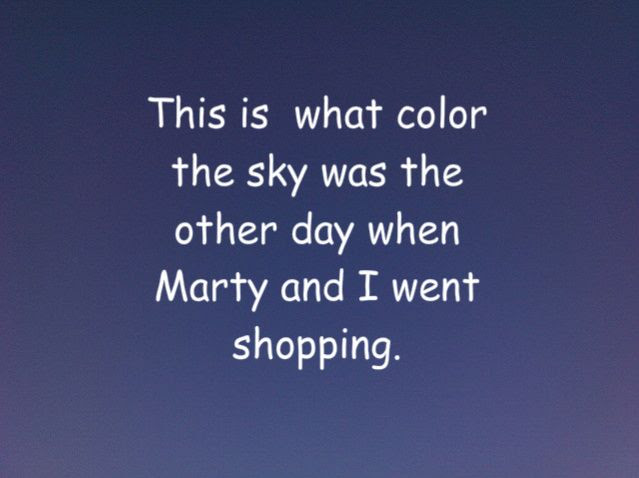 This is how I'm remembering whether I've taken the etodolac (anti-inflammatory pills I'm to take with food morning and evening). Marty has noticed twice when I missed one, and I appreciate that. This is the third week's worth I've taped up there. Nice system for me. I'm using old envelopes which I sealed and then cut in half with the afore-featured paper cutter, and then mark them, put one pill in each, and tape them shut with box tape. Tadaa! They're taped either left, right or middle so they can be staggered and tape isn't on tape. The kitchen cabinet doors are old and ratty and the tape isn't hurting them anyway.

That's about all the news here, except that I've sent copies of The Big Book to New Zealand (today) in addition to the exotic other places from before: Scotland, England, Wales, Denmark, The Netherlands, Switzerland, South Africa, New Zealand, Australia and India. There have been a few dozen to the U.S. and Canada, but they're not as exotic, from here.

There was a really sweet review of it that included this: "It is a household necessity. Like a toothbrush! Or a flashlight! Yes, it’s just like those two things, because you need it during ordinary times and during emergencies." (It's longer, and here.)
Posted by Sandra Dodd at 7:25 PM

Oh,your cat is beautiful!!!
I want to have one like this, too.
My kids are allergic, so I hope that they won't have allergy to it.
Nowaday you never know when you get a new allergy.
My mother who is 67, got allergy to mangos and bananas. Just impossible!

My book arrived a couple of days ago and I've carried it around like a treasure sharing it with everyone that has come into the house. Brenna keeps stealing it and quoting from it so I may need to get her a copy :-) It is so wonderful and reminds me of all of you. I love everything about it! I wish I could buy a copy for everyone I know.

Toronto-mom: I don't want any new allergies. I'm sorry for your mom, about bananas. If you lived close and your kids weren't allergic, I would give you this cat. :-)

Karen, I hope your book is there soon, and Gail, thanks for the kind words about yours!

I got to flip through Gail's copy a little yesterday. I didn't see a whole lot (I know I read something about Holly getting her braces off and not wanting candy), but what I saw was great!

Ahaha, Sandra. I noticed the Blog Rate badge you had up and tried it myself. It said PG, on the presence of the words hurt (2x) and ass (1x), it totally missed the word shit. (I'm sorry if this is offensive, it just tickled me a little bit).

I am LOVING the picture of your plant shelves. We have ours everywhere in the house and it'd be better if it was just close to a window in one place. Maybe. That cat is gorgeous.

I always love reading your blog.

Thanks for the peek into your world.

I have told my husband about 15 times that I want your book for Christmas. I hope he was listening!:)

What a smart way to keep up with when to take meds.

Severe cat allergies here, so I'll just admire your beautiful Mina and be content with that ;-). She is absolutely beautiful!!

Oh wow, how lovely to have so many plants in one location. I've not done well with indoor plants, but I would love to have a shelf with a nice variety of succulants on it.

Oh my, that's a lot of mailing supplies. I hope you use them all and then some!! I finally finished my copy of your book that Chris (zamozo) gifted me for my birthday; loved loved loved it :).

I'm salivating over finding foam core in a dumpster. It is so great for miniature making and doll furniture. I never thought of looking in dumpsters at Kinko's for it.

Robyn, your comment inspired me to take a walk over the Kinko's, where I found two more foam boards (not as big) and some great cardboard, some paper for finger-painting (back of posters on glossy paper), a tube to carry that home in, and a long box I was needing to put some of Kirby's cloth anime posters and costume-props in! (And a carved walking stick, and the pirate flag he's had since he was four, and...)