The conference Julie (and James and Adam) have organized starts in the morning. Preparations have been going on here at the house with increasing focus. We set up the site today, and one of the speakers was here for dinner, and Julie went to pick another up from the airport.

The building we'll be in is now St. James Independent School for Senior Boys, which is fairly new to this building but used to be elsewhere. [It's a progressive, humanist, vegetarian school that teaches Sanskrit along with Greek and Latin... but that's not about the building.]

When I asked about the tile in the hallways, how old it might be, the young man I asked said he thought before WWII, and that Canadian soldiers had been stationed there, and had bomb-proofed it, and they were said to have driven motorcycles up and down the hallways, so that's why the tile was in such bad shape.

I didn't think it was in such bad shape. Worse in the halls than in the entryway to the gym (photo below), but I also thought it was older than 100 years.

I haven't found a lot on the building. It's now St. James School for Senior Boys. Before that it was a girls school that closed in 2009. Before that and before the Canadian motorcycling military guys, there's a gap in easily-accessible information, but in 1716 it was founded as a boys' school with one teacher and ten students.

Oh! Here's a page recommending it as a filming location, I guess between St. David's school for girls and the current residents. https://location-collective.co.uk/location-of-the-month-oct-09-st-davids-school-_130.html ... and there are (used to be) some nice photos there. And people can get married there. Marriages can't take place just any old where, in the UK, as they can in the US. Churches and licensed venues. Seems the chapel isn't the site for marriages, the entrance hall is. (← the link to wedding-venue stuff was gone, in 2021; sorry)

If the building seems to be moving around, as the internet goes, it's because the part of Surrey it's in was once Middlesex. The post office still says Ashford, Middlesex. Boundaries and jurisdictions change.

The building we'll be in is a gym/theatre. The floor was once painted for basketball, without any space not part of the court. The goals are long gone, the floor is years from having been refinished, and there are now lots of expensive lights mounted on the ceiling, so a basketball would be A Bad Idea in there anyway. But we unloaded in the rain, and the subconscious parts of me didn't want to step on a basketball court with wet shoes that weren't the right kind of shoes anyway. Yikes. But there was nor border to walk on and then I figured out it had been a long time since it was a basketball court.

Across from where we'll be is a huge playing field.

The inside of the building, the parts we saw, weren't pretty or special, but the outside is nice, and seems it was at one time even nicer. There's a pretty gatehouse. I'll get more photos sometime on the weekend. These can be clicked for enlargement, but they're not super exciting, but I'd like to remember what I saw and where I was.

Note in 2021: If one of those images seems interesting, click to enlarge. If several seem interesting, it would be easier to click here for a gallery of the whole day's take. 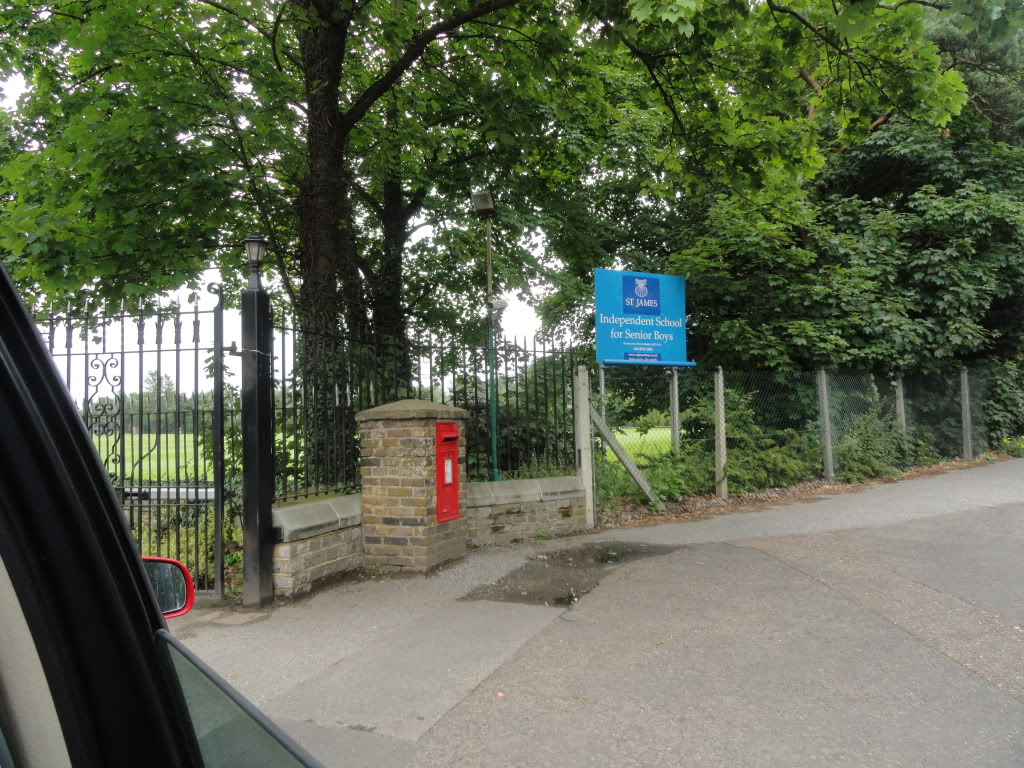 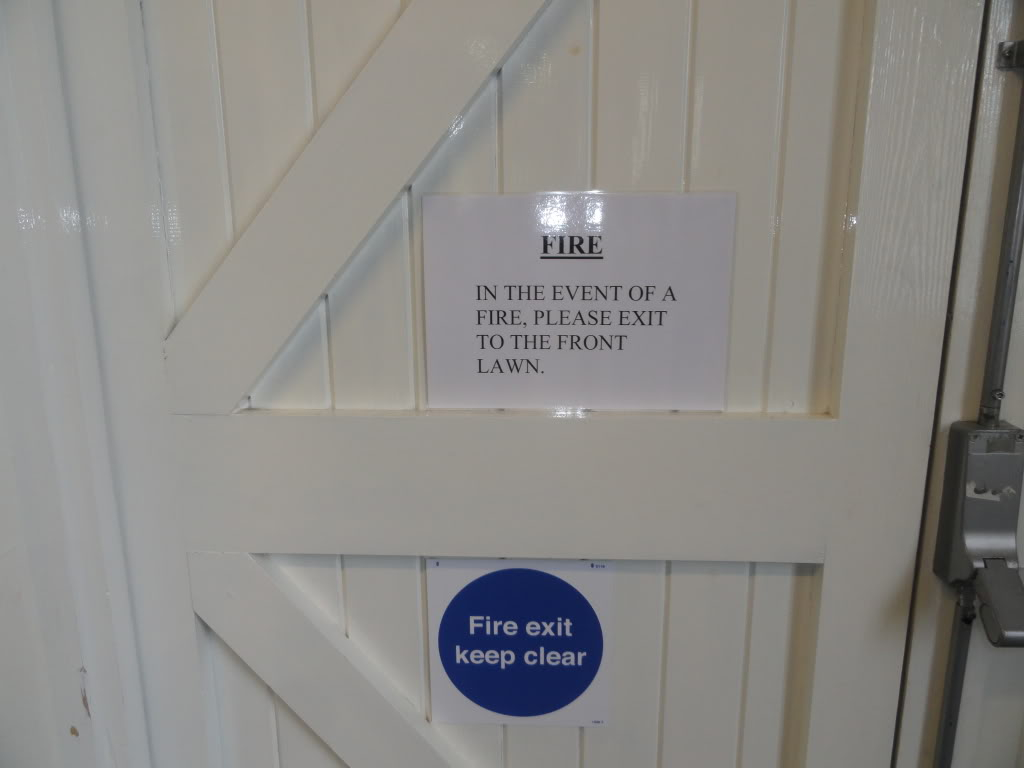 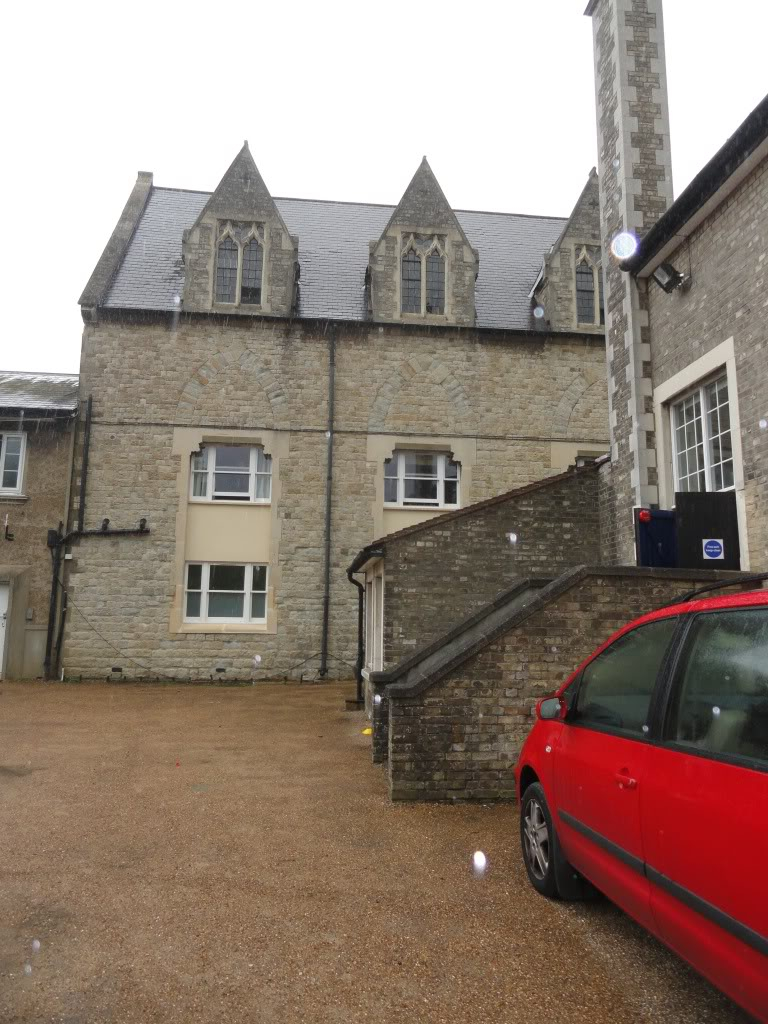 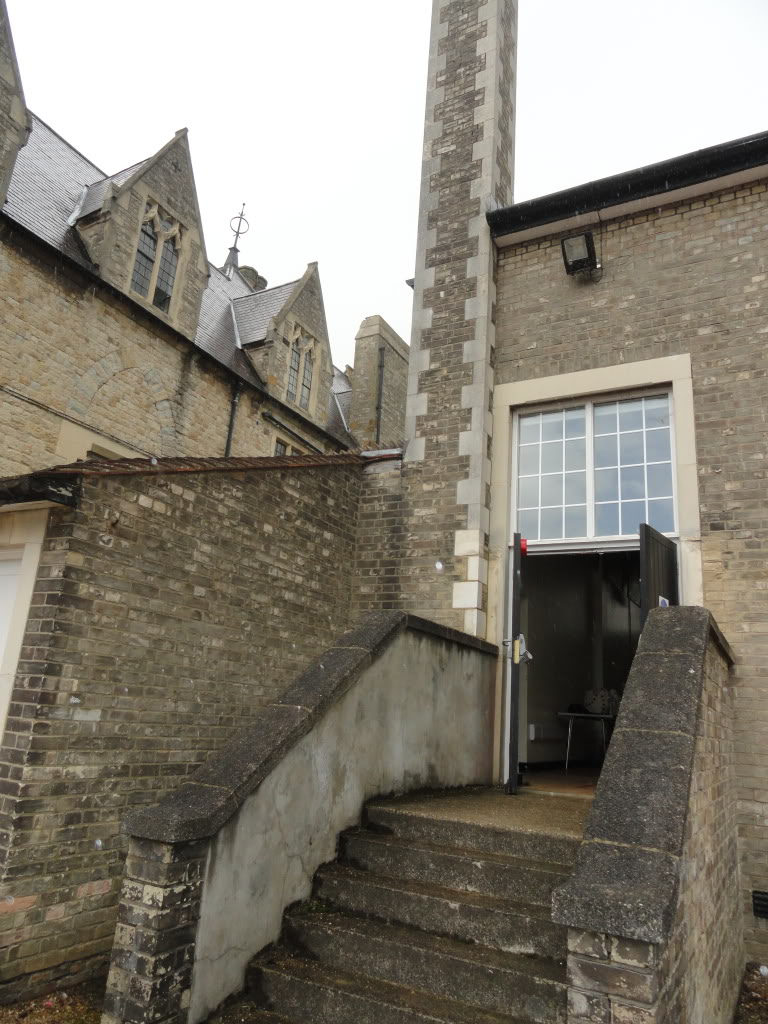 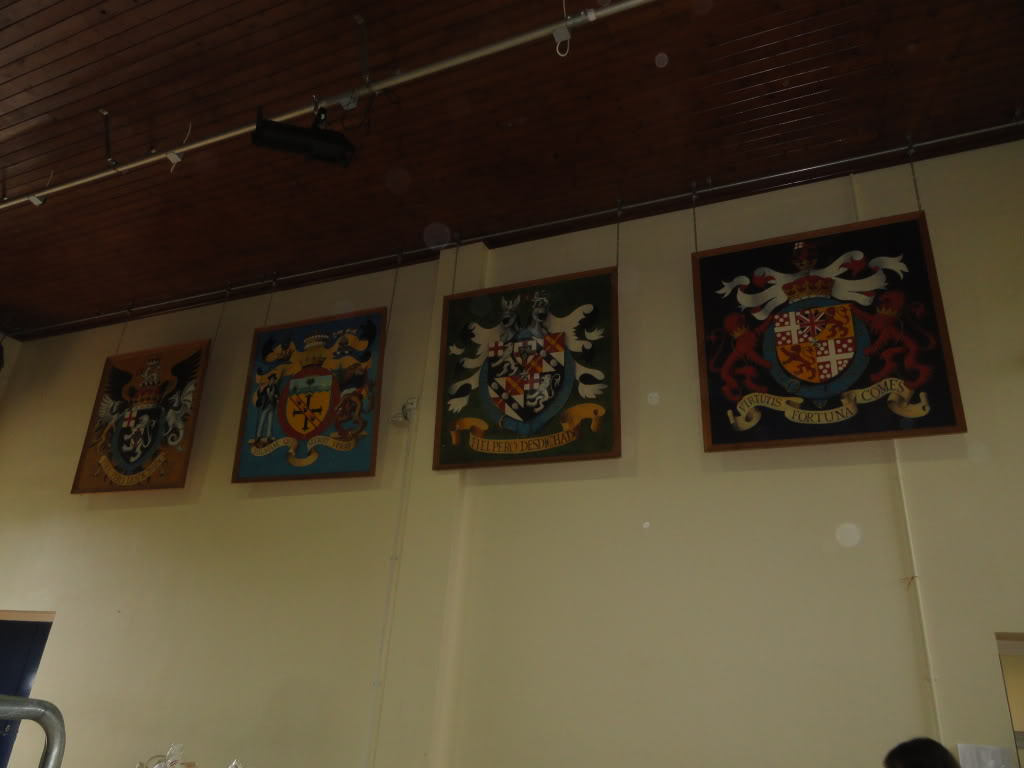 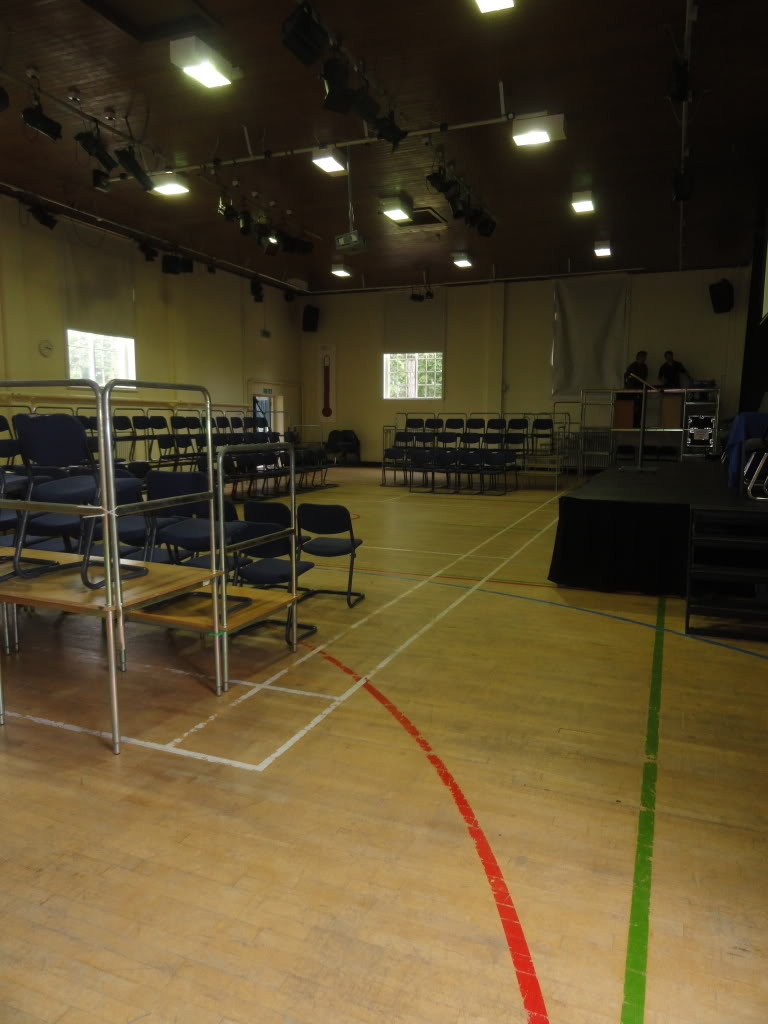 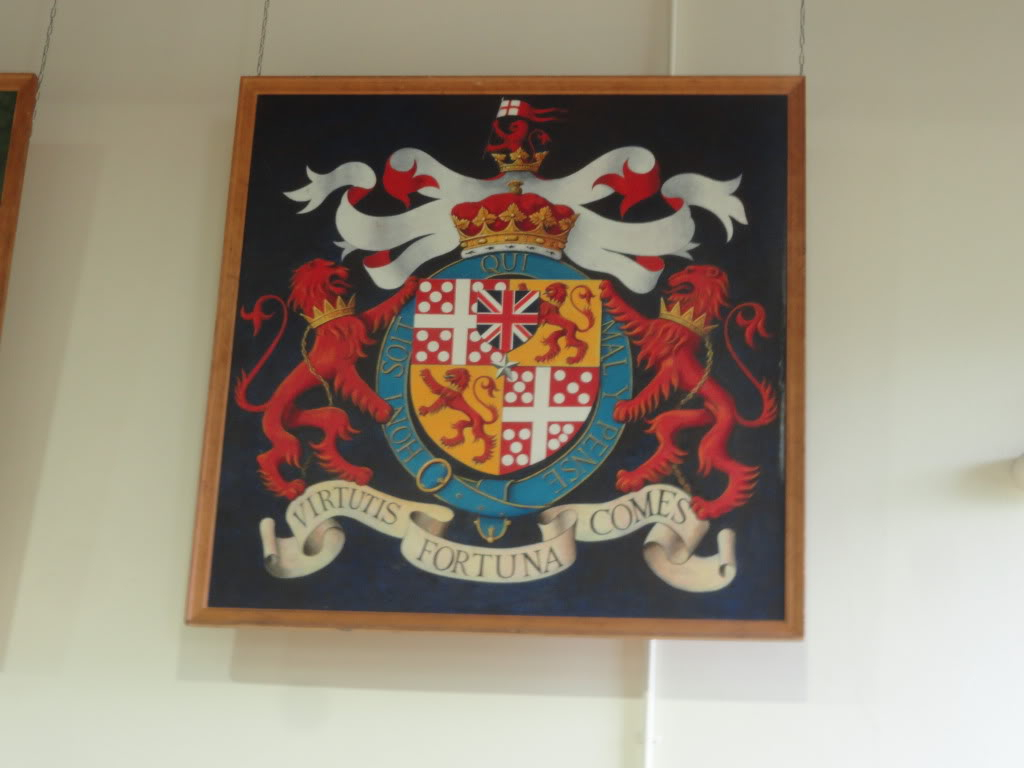 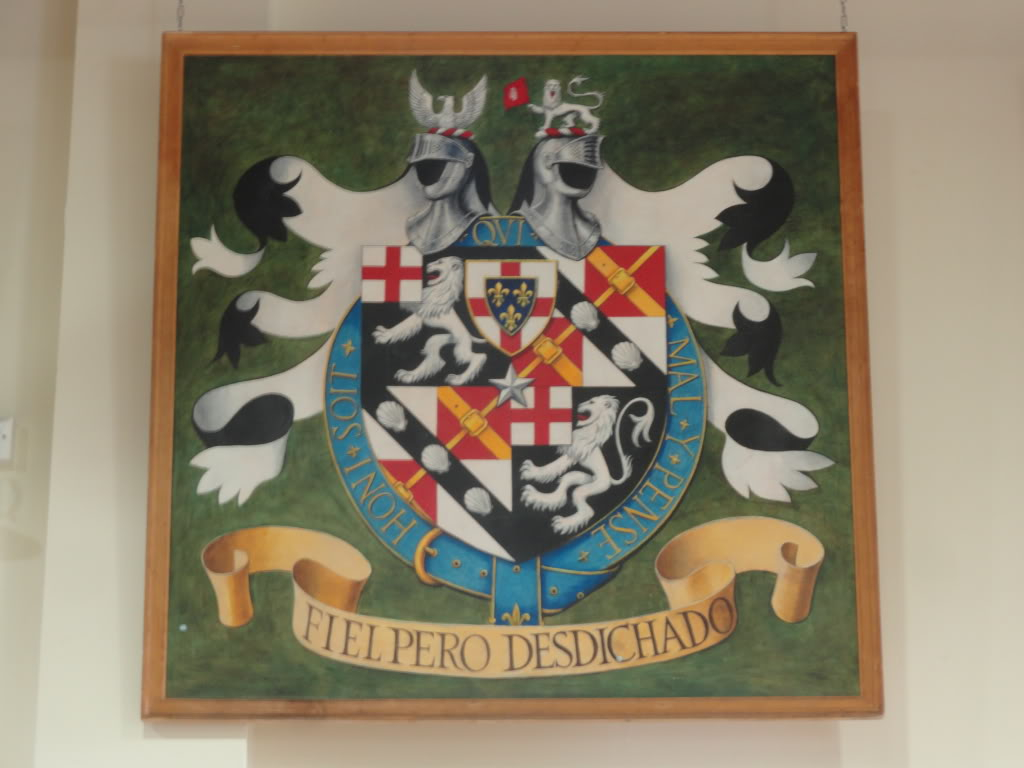 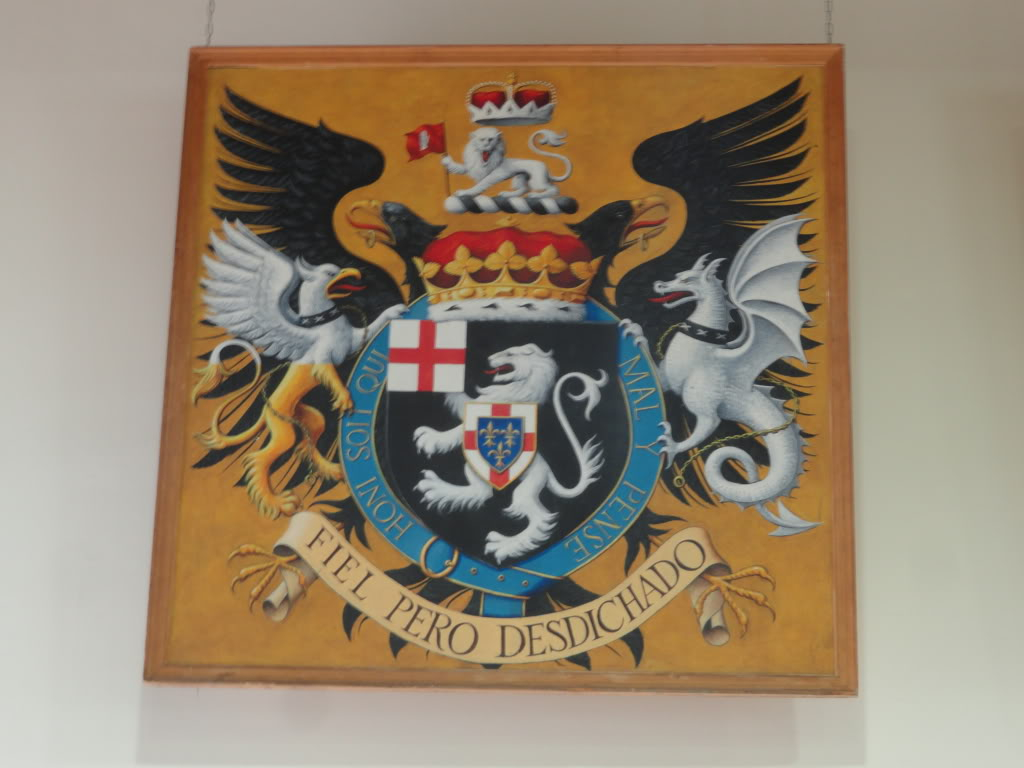 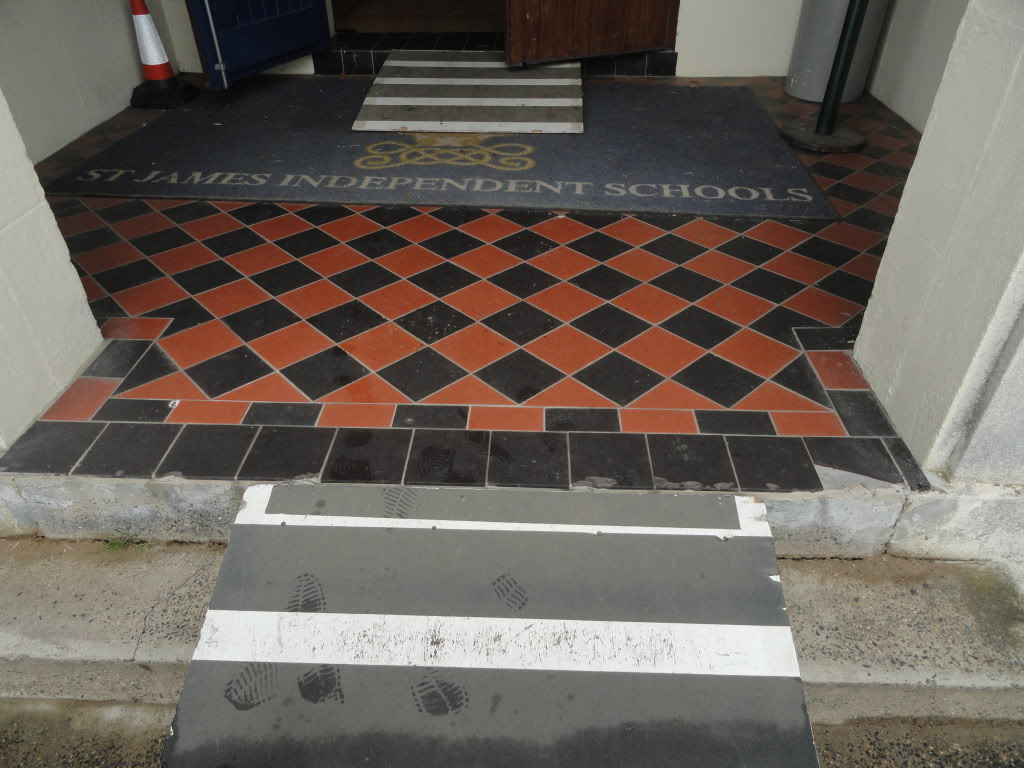 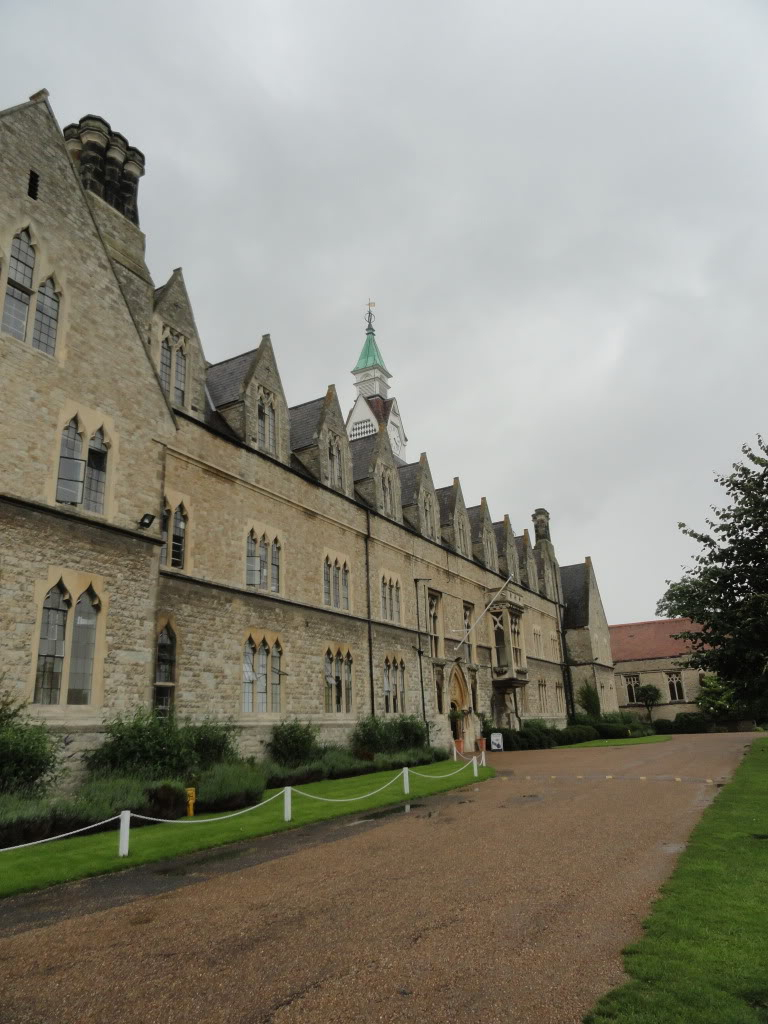 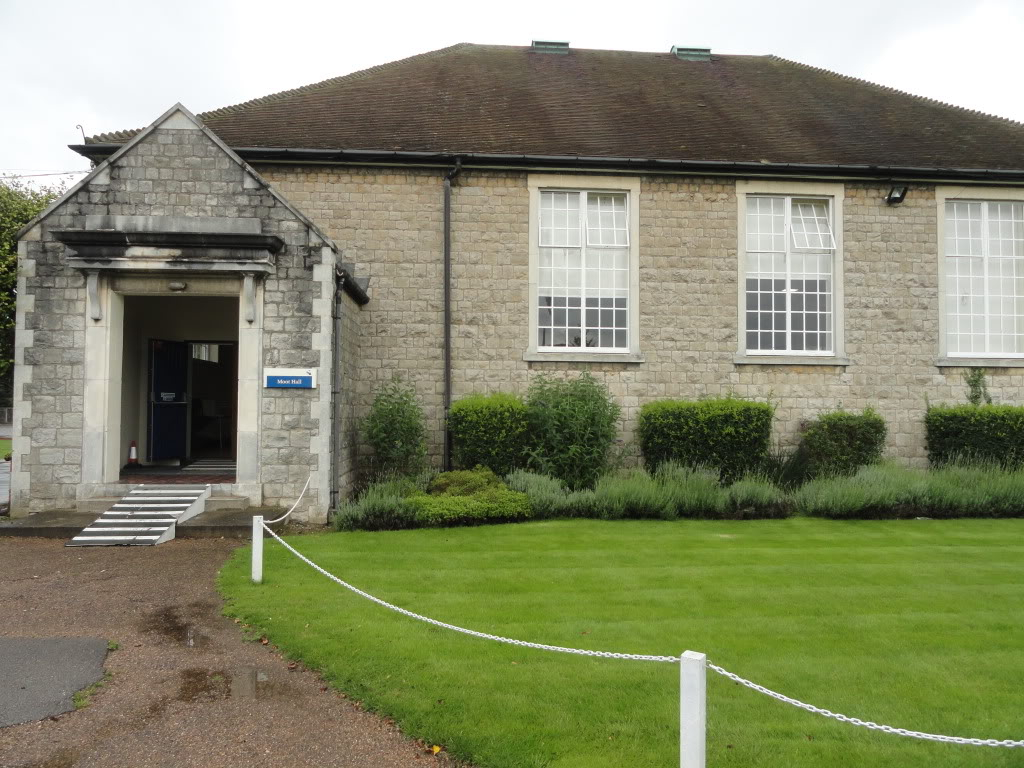 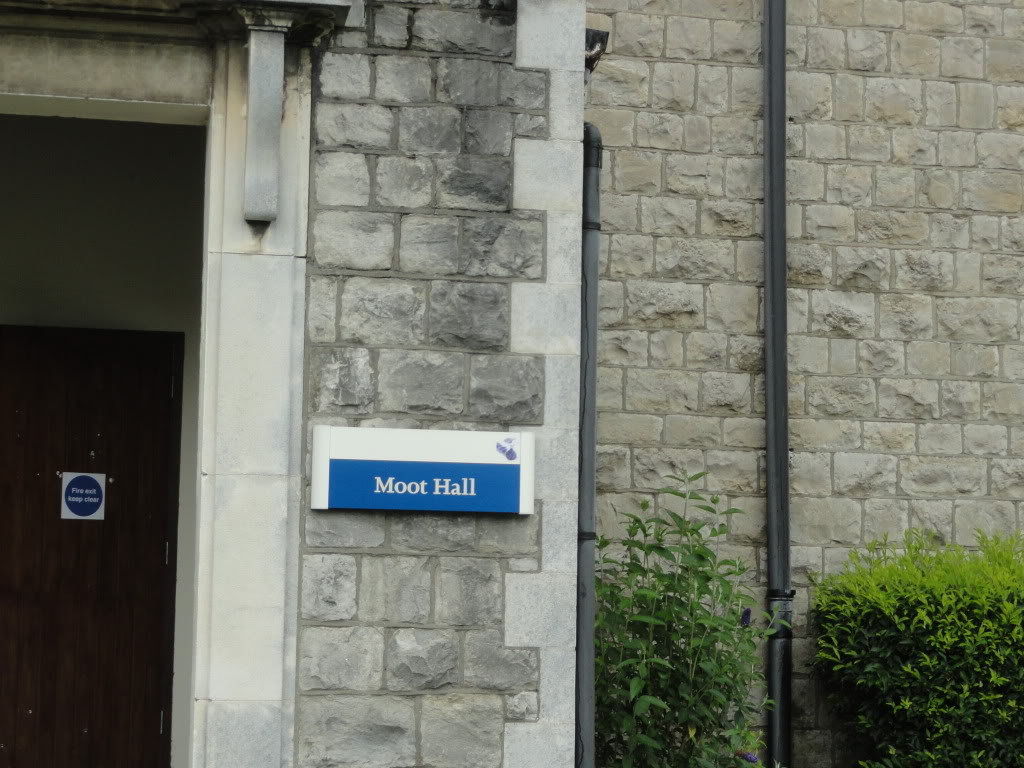