I saw a fancy Peugeot taxi and took its picture. It's reflecting Joyce and some other cool things. 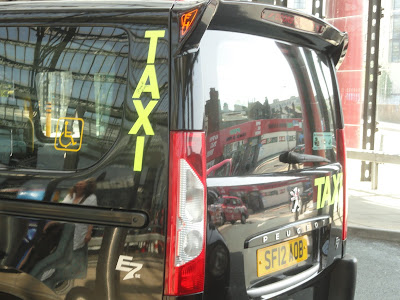 I loved this big tire painted on. 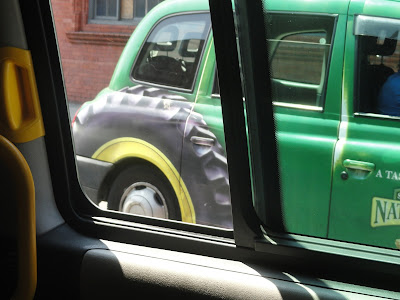 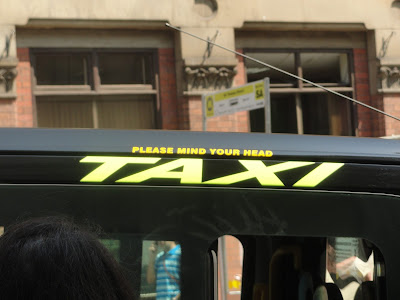 We wanted to go on a Beatles Taxi tour the next day, but they were sold out. We went to the taxi stand (a little roundabout with an outside loop/cul-de-sac against a shopping area, full of taxis), and Julie asked the first guy if he might be willing to do a Beatles tour for us. He said he didn't know enough but would ask the other guys if they could. 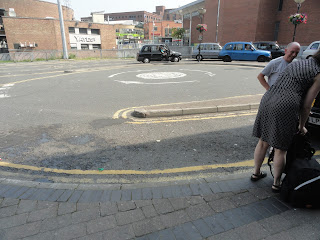 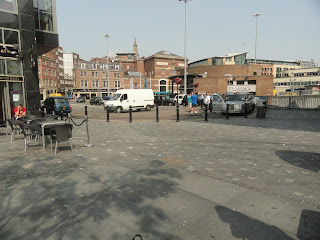 (Ignore that white van; he was just there for a little bit.)
They knew of a guy who used to do tours. He wasn't on duty, but was willing to come in and take us.

We waited on benches as far away as this photo shows, in an open square with a theatre and a Liverpool football club store and some other bigger shops. Our driver was there in about ten minutes, pulled up into the central round-about, and took us out in a cool, big Peugeot.

We passed by a long line of cabs with balloons, parked in a line and it was fun to be with a taxi driver because he knew exactly what was going on. The drivers all pay for an outing, where they take blind children on an outing across the river on the ferry, I think. Different drivers go different years, and he had gone some years. It's been happening for a long time. 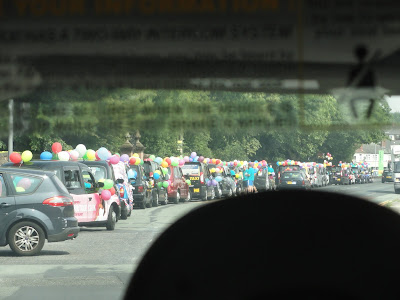 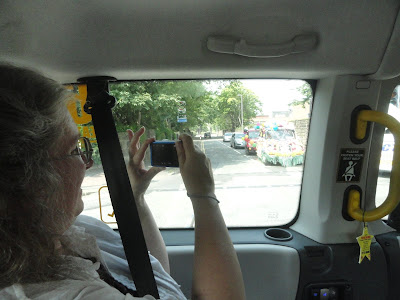 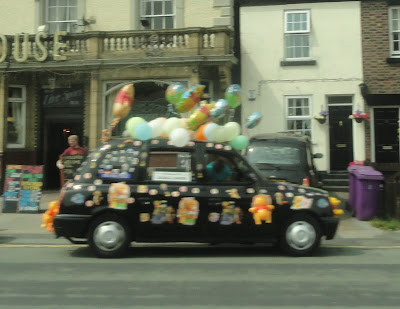 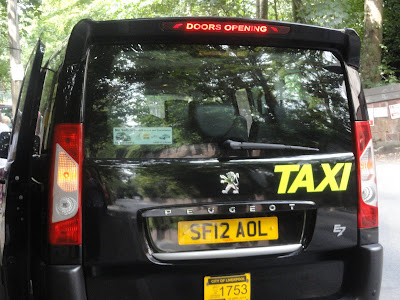 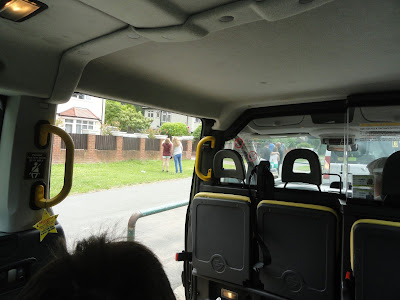 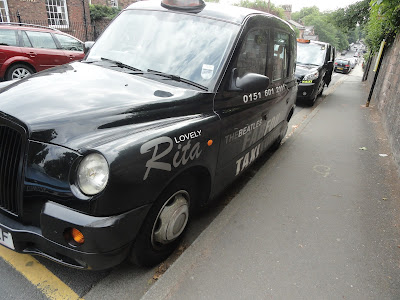 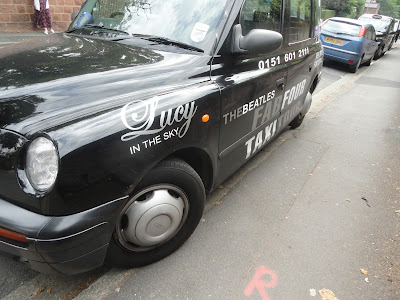 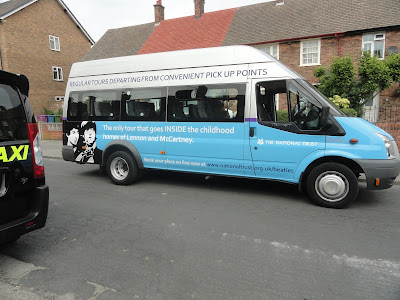 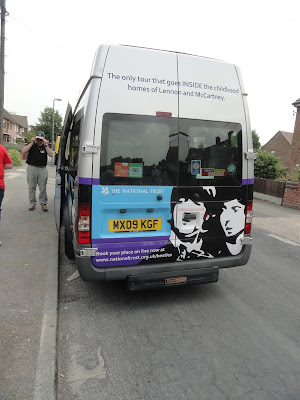 When we were out at the Beatles' sites, we saw four other vehicles, variously, and there were always others at the sites we went to. Once there were about 20 people in one place, in four vehicles (counting us) but sometimes it was just us and one other.

At some point, we passed back by just as the procession of taxis was leaving. Their police escorts had balloons on the motorcycles, too.

Here's something about the 2012 event: Annual taxi outing to New Brighton for Blind children


All my photos of Liverpool might pop up in a slide show if you click here (and close it with that upper-right "x" when you're done). OH! They start when we were still in London; we took the train. It was Julie, Adam, Joyce and me.
Posted by Sandra Dodd at 2:34 PM