This is Chichester Cathedral, from the cloister. I intended to frame the two spires, but I wasn't looking at the iron, just at the hole in the ironwork. I love it when a photo has unexpected richness. 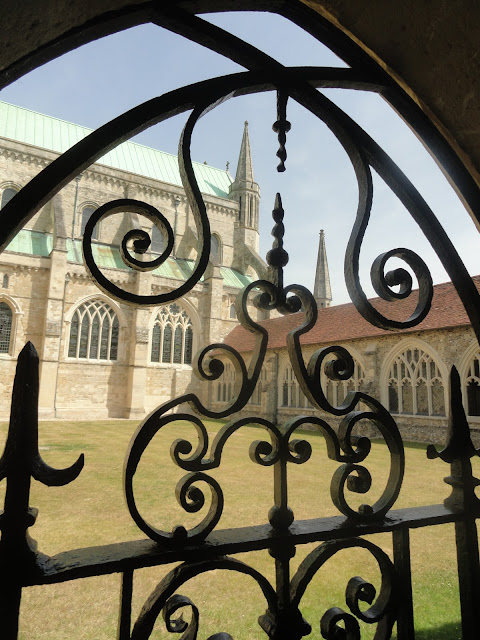 There have been a few others. Just yesterday, I caught two wheelbarrows when I thought I had snapped one. Fishbourne, wheelbarrows

But that wasn't art. I've made accidental art.

In Scotland, I wanted to take a photo of the front of a cafe where I'd eaten twice. Just for the record, so I could remember what it was called. But there were people sitting at the narrow table just inside the window and I didn't want to "take a picture of them," but I wanted the window. So I aimed high and pretended to be looking at something on the floor above, and then snapped the photo as I lowered the camera, just casual and quick, like I wasn't.

Later, I saw the reflection in the window, of the roofline of the buildings across the street, perfectly framing the name of the establishment. I didn't see it, and didn't plan it, but it's mine! 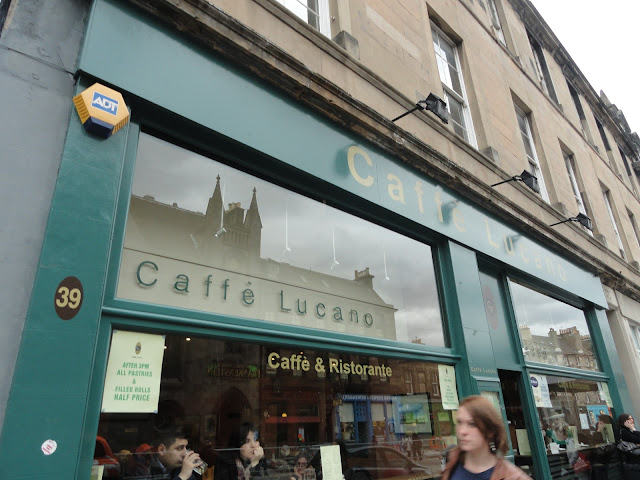 In 2009, I took a photo of a carved angel, on the end of a church pew. Just a quickie shot, and didn't intend anything fancy. Got something fancy. 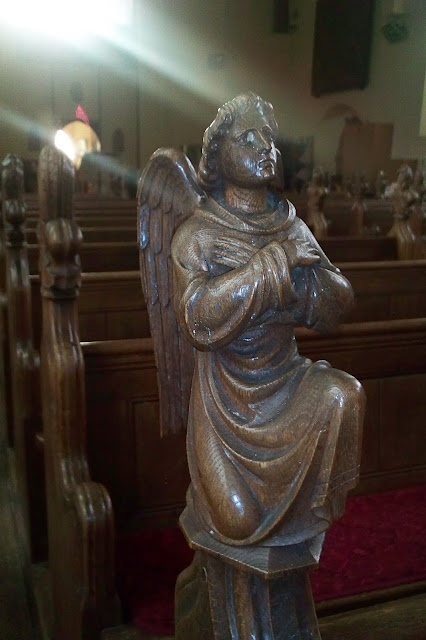 Seconds later, I got the same angel again, looking entirely washed out and different. Both images are here, at SandraDodd.com/spirituality