I usually have photos of my kids and their friends here, but today I have Keith and myself (and then some of Holly, and of Holly and her boyfriend, Brett). This afternoon the four of us went to the Honeywell company picnic at the Spanish Village at the New Mexico State Fair grounds. 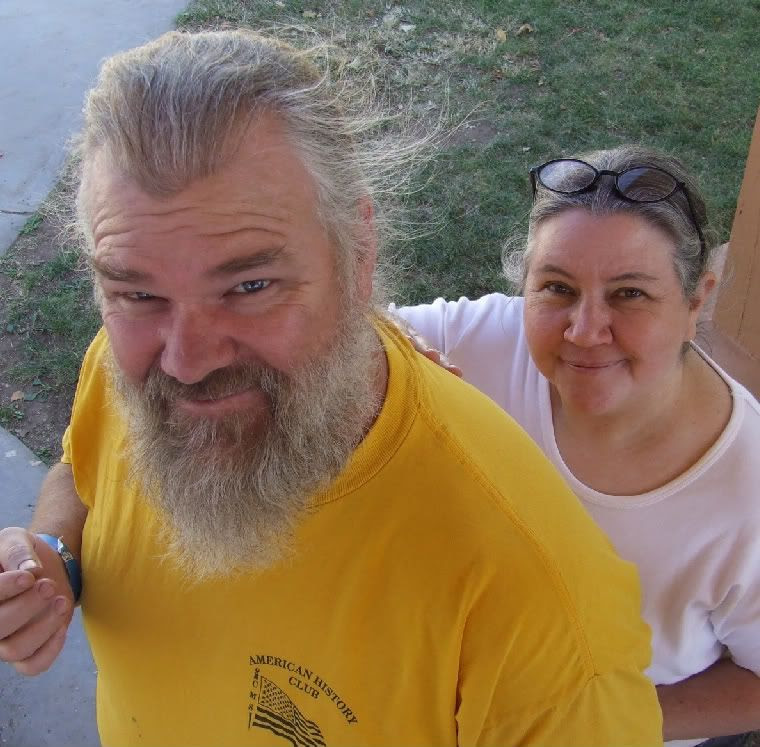 There were six "bouncy houses," all of a nautical or island theme. It seemed to be "Bounce Like a Pirate" day.

Holly and Brett went through one together that was a racing maze, with a climb up into a treasure chest and a slide down, but I wasn't able to get photos. They were inside of places most of the time, and going pretty quickly.

I haven't seen cotton candy made for a long time, and have never seen it made under ceiling fans. That was unexpectedly exciting. Here's the lady who was doing the hard sugar-spinning work, and Brett and Holly in line. 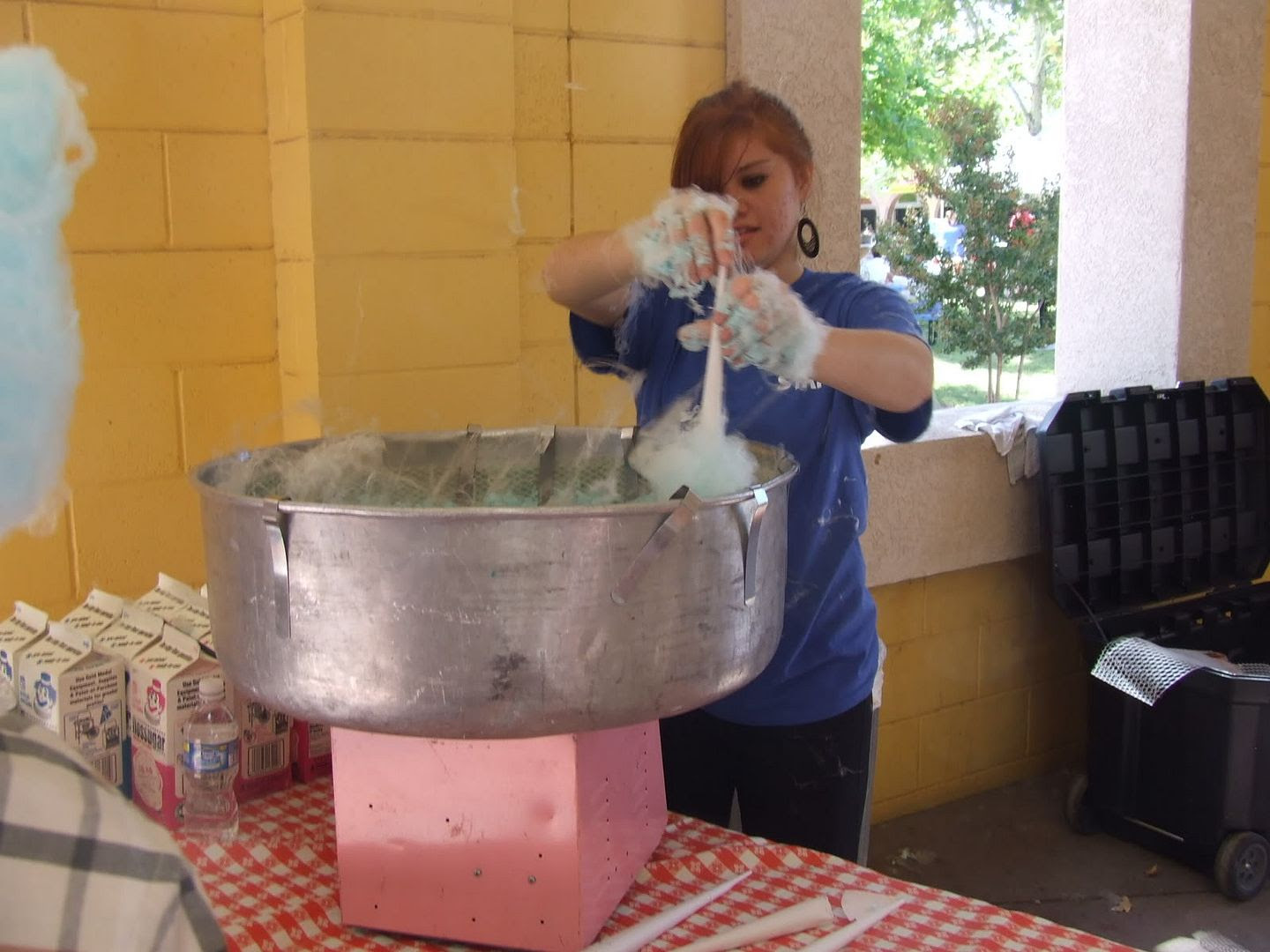 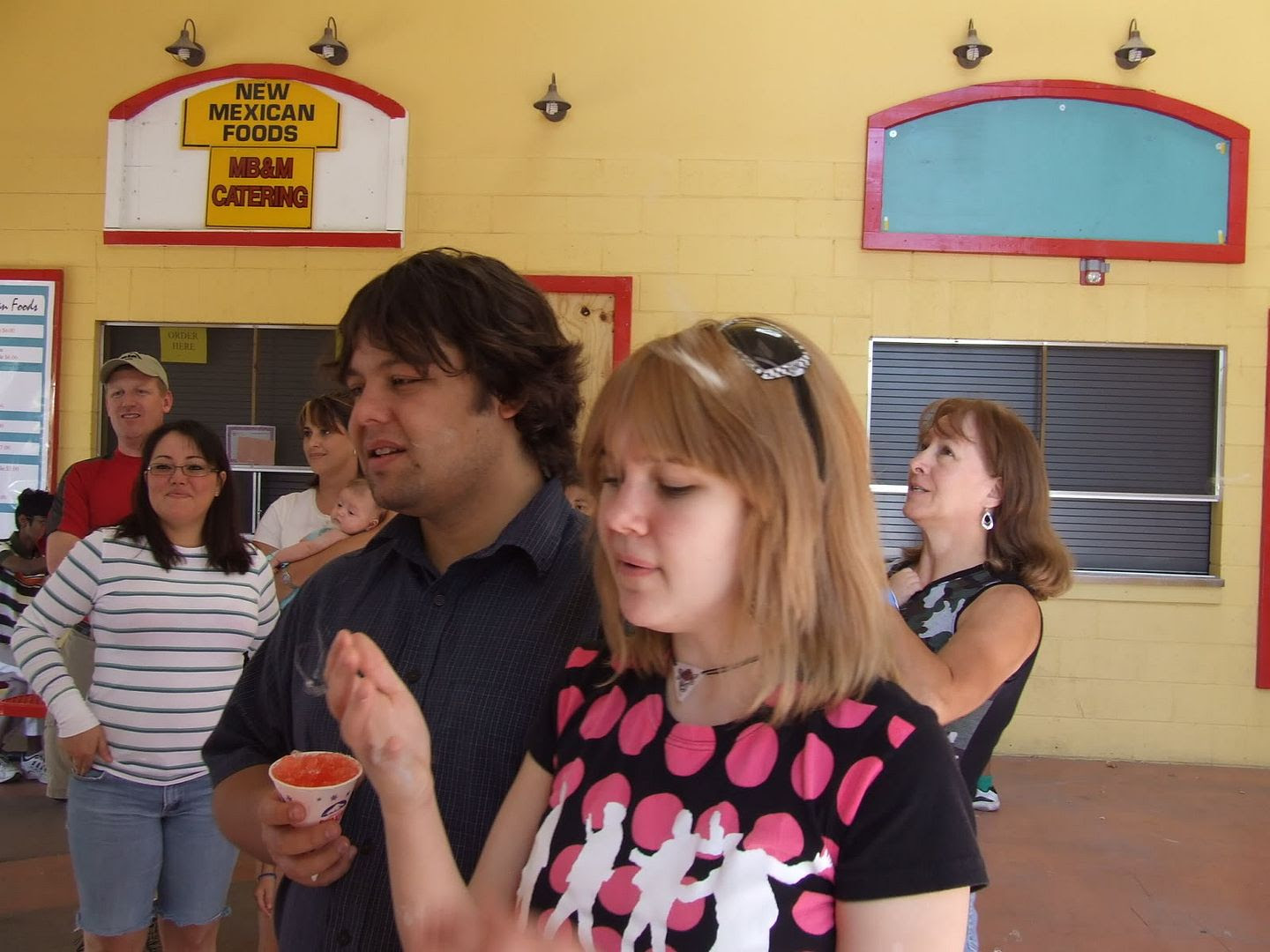 Small and larger wisps of the cotton candy were being pulled up into the air and swirled around by the fans. People were catching it and eating it, but these sweet flying dust bunnies hardly made a taste when you got one in your mouth. Still, it was mesmerizing and entertaining.


Click to enlarge (these or the bouncy houses above): 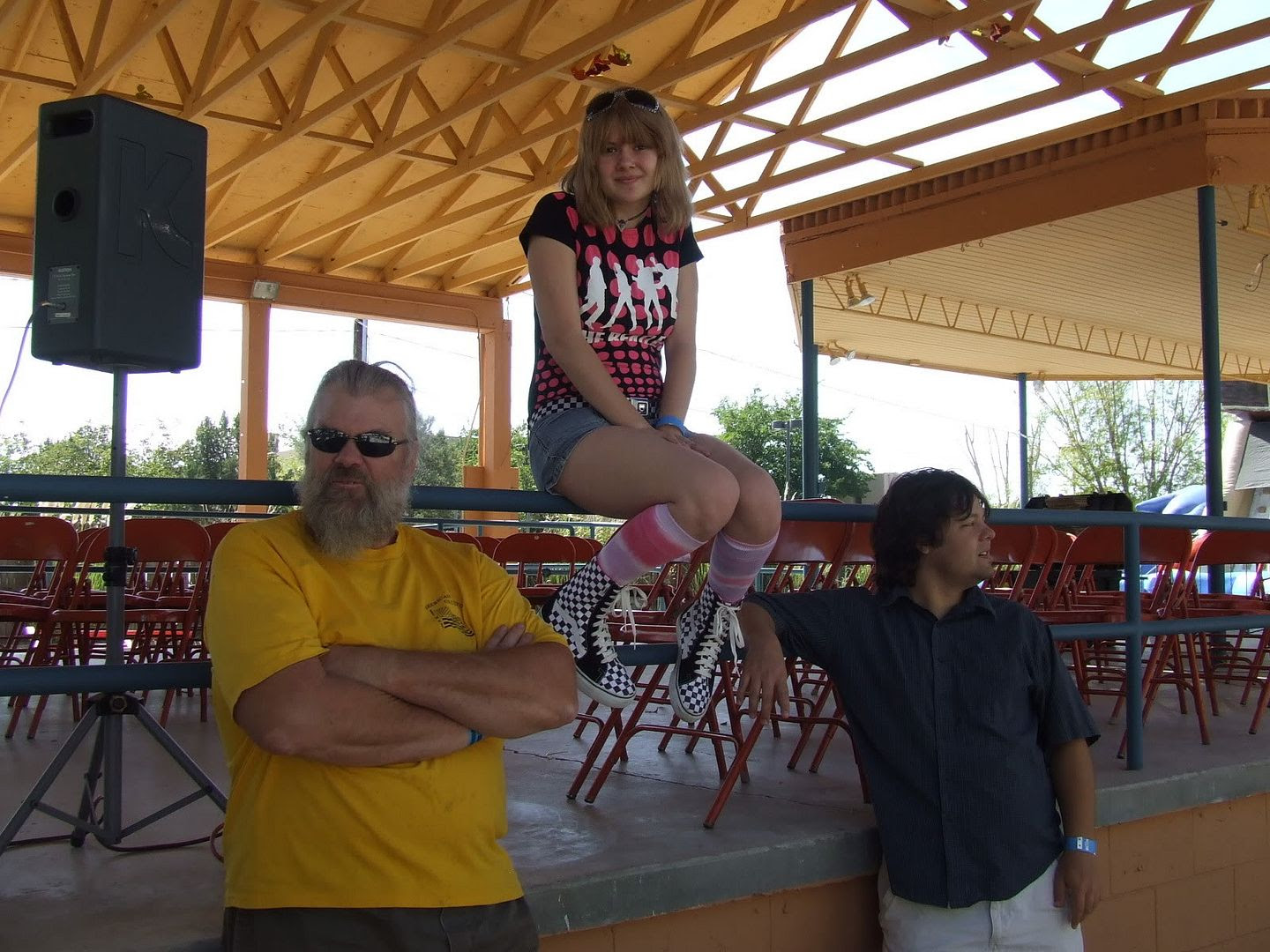 We have been transfixed by cotton candy lately. Last week we were at an event where someone made cotton candy out of maple sugar. Yummy, ethereal, decadent spun maple syrup--oh I love a creative mind! I love a good bouncy house too.

That is one sweet picture of you and Keith!

Thanks. I'm glad Holly loves cameras, and I'm glad we have a digital camera so my life didn't continue to be buried in double prints and negatives. Also, it's easy to take lots of shots and just pick the good one. :-)

Kinda in that first photo, huh? Surely Holly would be willing to dye it blue or pink for him. (Surely Keith would resist.)

Where did Holly get those cool shoes!? My 13 year old daughter would love a pair of those!

She got the shoes from Journeys. http://www.journeys.com/index.aspx

There's one in the mall here, and we ordered through them. The shoes came VERY quickly and they were too big, so we took them to the store and the replacement pair came in just three days. Pretty cool.

You can mail order directly, though, too.