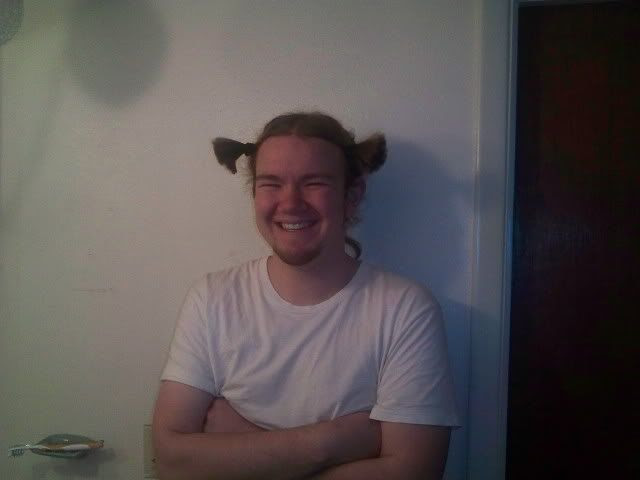 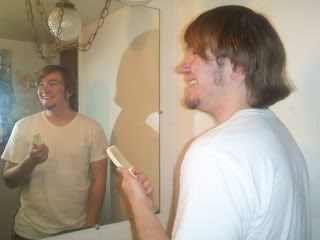 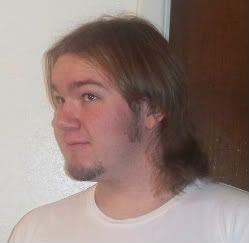 The one on the left with it combed to the side was not the serious version. With it just combed back and falling naturally, I liked this haircut but Marty didn't, so it was made "finger long" (just a 1" soft all over, pretty much, with the neck shaved) just before he went to work, but I didn't take another photo (yet).

Here are last night's pretzels. Too fat. Advice welcome. My guess is we used too much yeast and didn't make the ropes of dough thin enough. They tasted good, though. We used egg white and water to glaze, and for the salt to stick to. I don't know if this will show well, but we have a crystal in the kitchen window that makes prismatic rainbows all over the place when the sun is right, and Holly was standing with rainbow on her face that matched her shirt. Behind her is the library (the room above the garage), which opens off the kitchen. 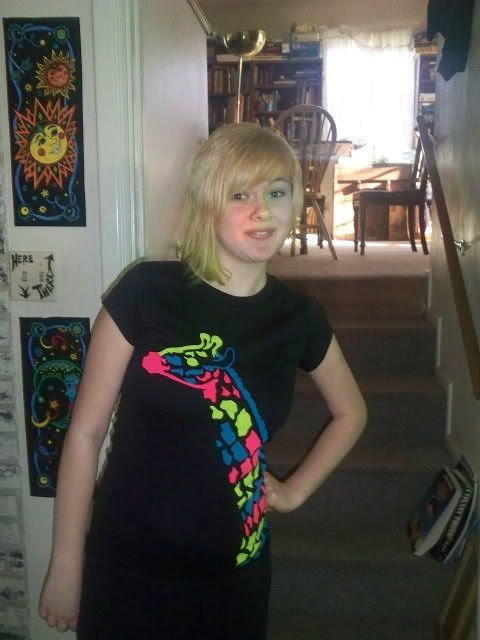 And the last bit of photographic record of the past many hours is the frame of a dog statue being created at the High Ridge Theater. There are two or three dog movies coming out, and they're building a dog, out of PVC pipe, cardboard boxes and chicken wire. I don't know what they plan to put on the outside. It's right on the carpet, so something that's not messy, I presume. They're building a cardboard archway over the ticket-taking station, too. (I don't expect it will look like cardboard when they're done.) 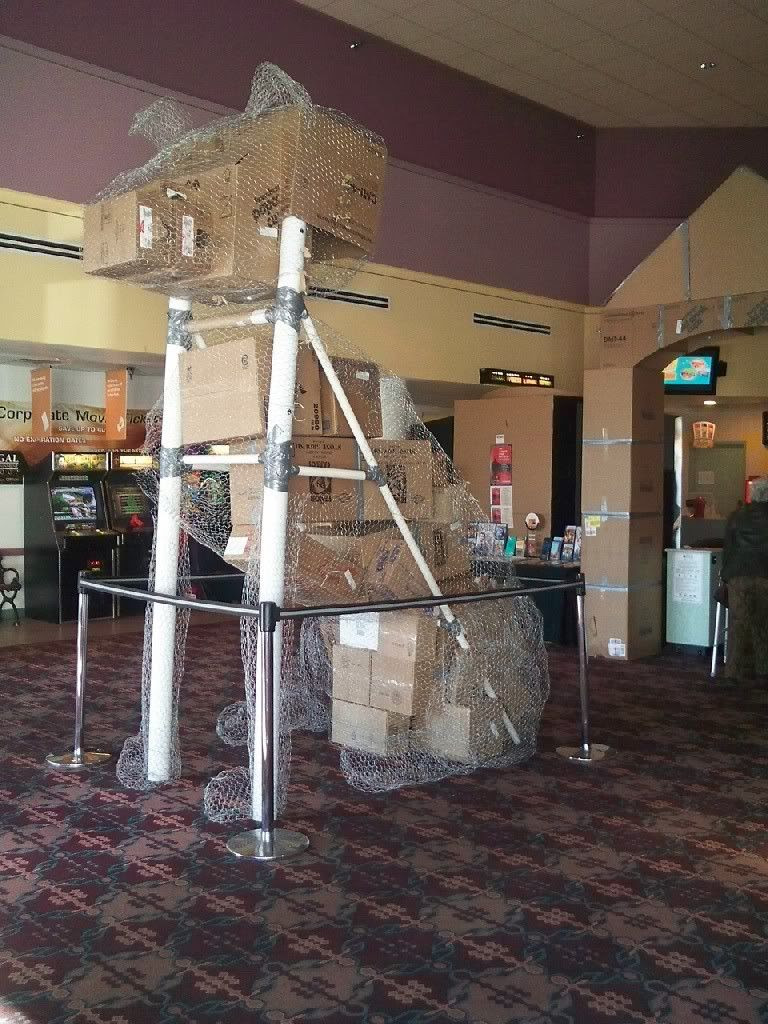 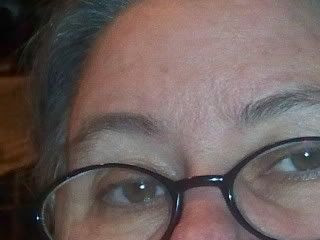 And here's me, looking into the eye of my camera, pondering what's what. And I finally figured out how to get the photos directly into the computer! "Directly" isn't the best of terms for it, but the HP import software that came with the printer can see the camera. The operating system itself doesn't, and the disk that came with the camera doesn't know what to do with a Mac, and vice versa. But the camera's USB presence has been adopted by the HP Photosmart Studio, and that's good enough.
Posted by Sandra Dodd at 9:37 PM