Changing of the Guard in Windsor

Before the ox roast, and also on Monday (that was one big busy day!), we saw the Changing of the Guard ceremony at outside Windsor. We followed them back to the barracks. I had seen the marching in when I was here in 2009, but not the rest of it.

The piccolo players have bugles hanging behind them. That was cool. I don't know if you'll be able to see them. 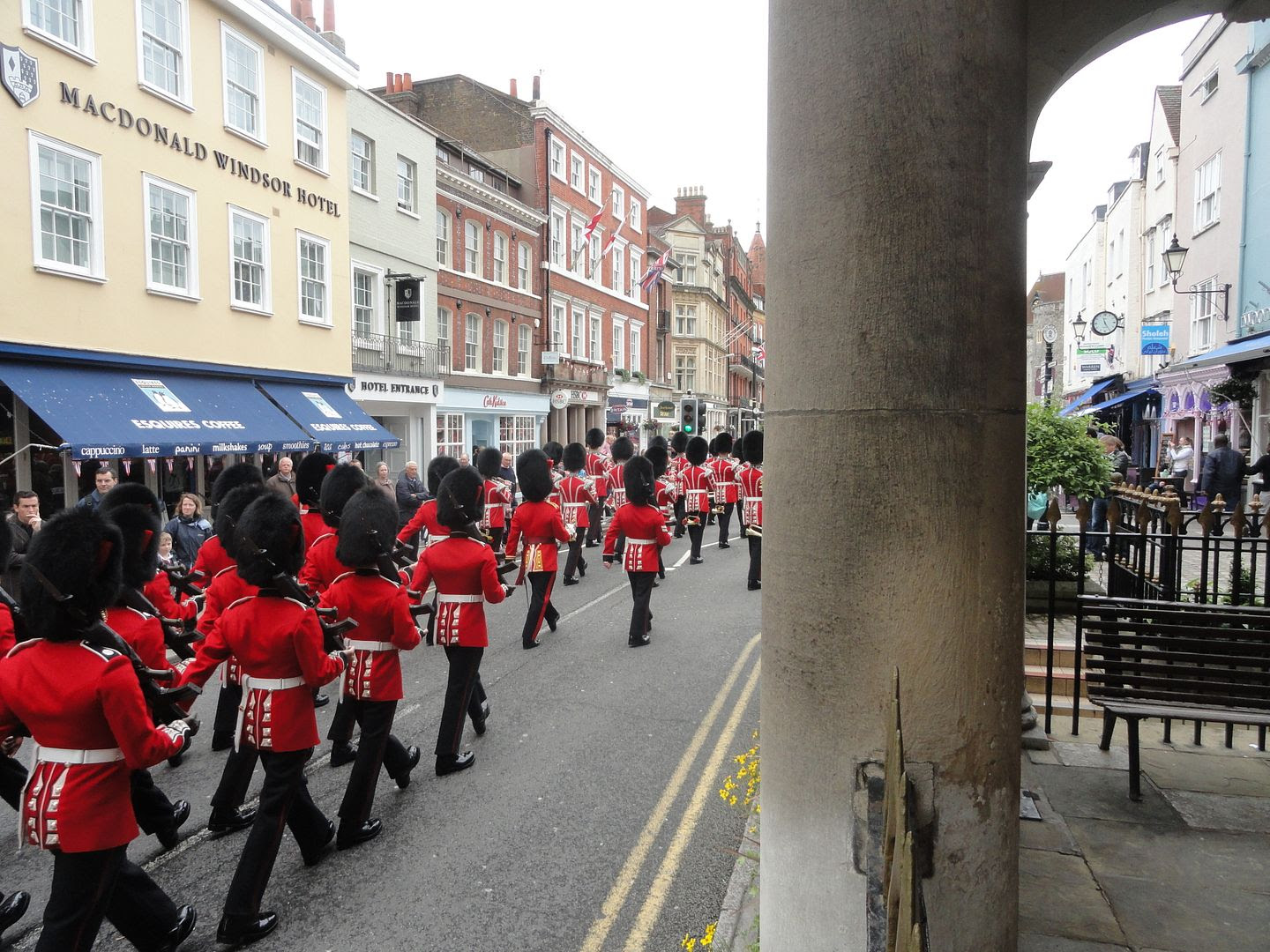 A few blocks away at the barracks there was a real guard, guarding the other guards. This guy looked cool. Only when a man with two young children, one in a stroller, went over to speak to him, the young guard with the real gun was NOT careful not to point it at the children. Yikes, guy! (I didn't take a photo of that.) 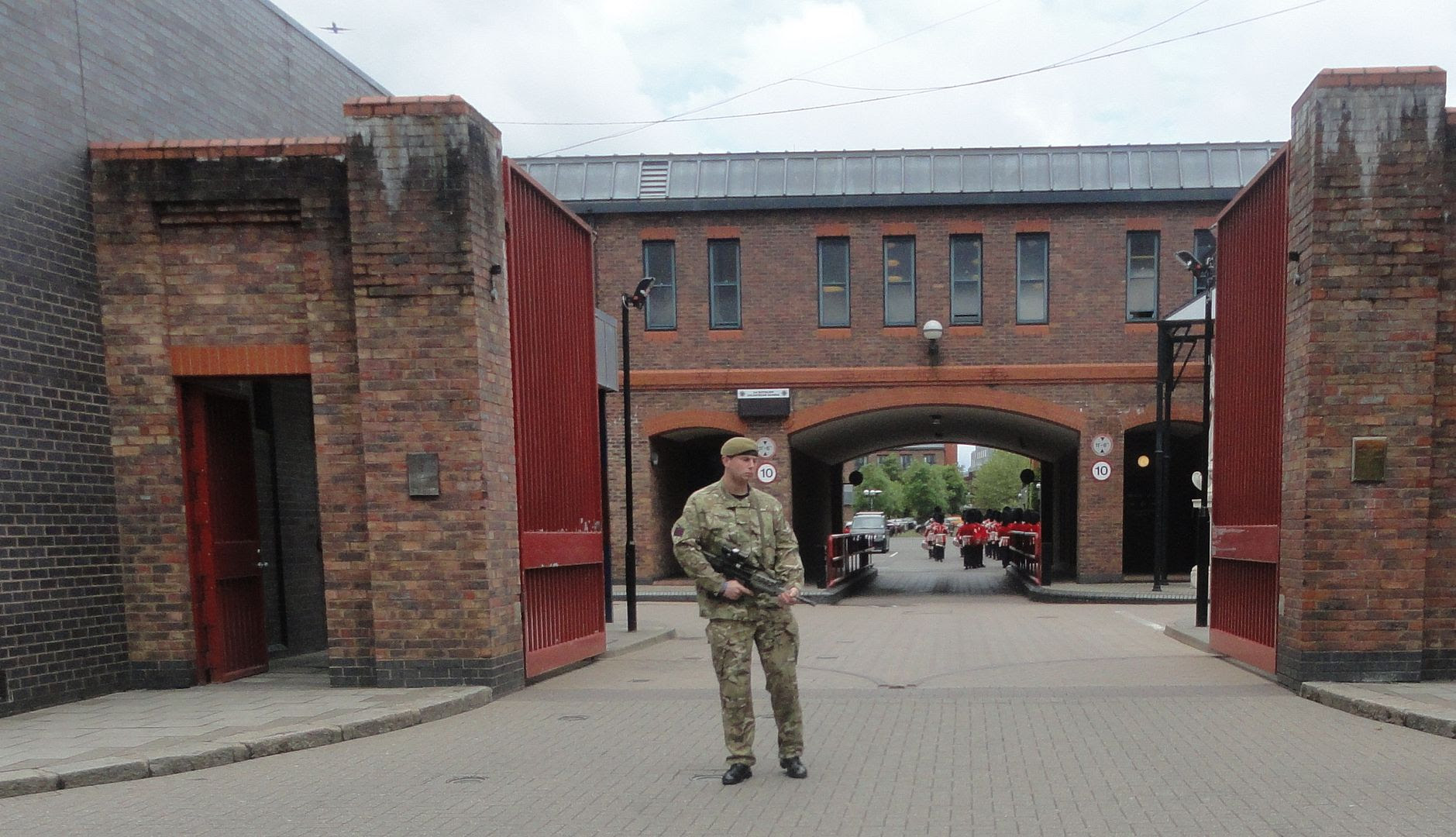 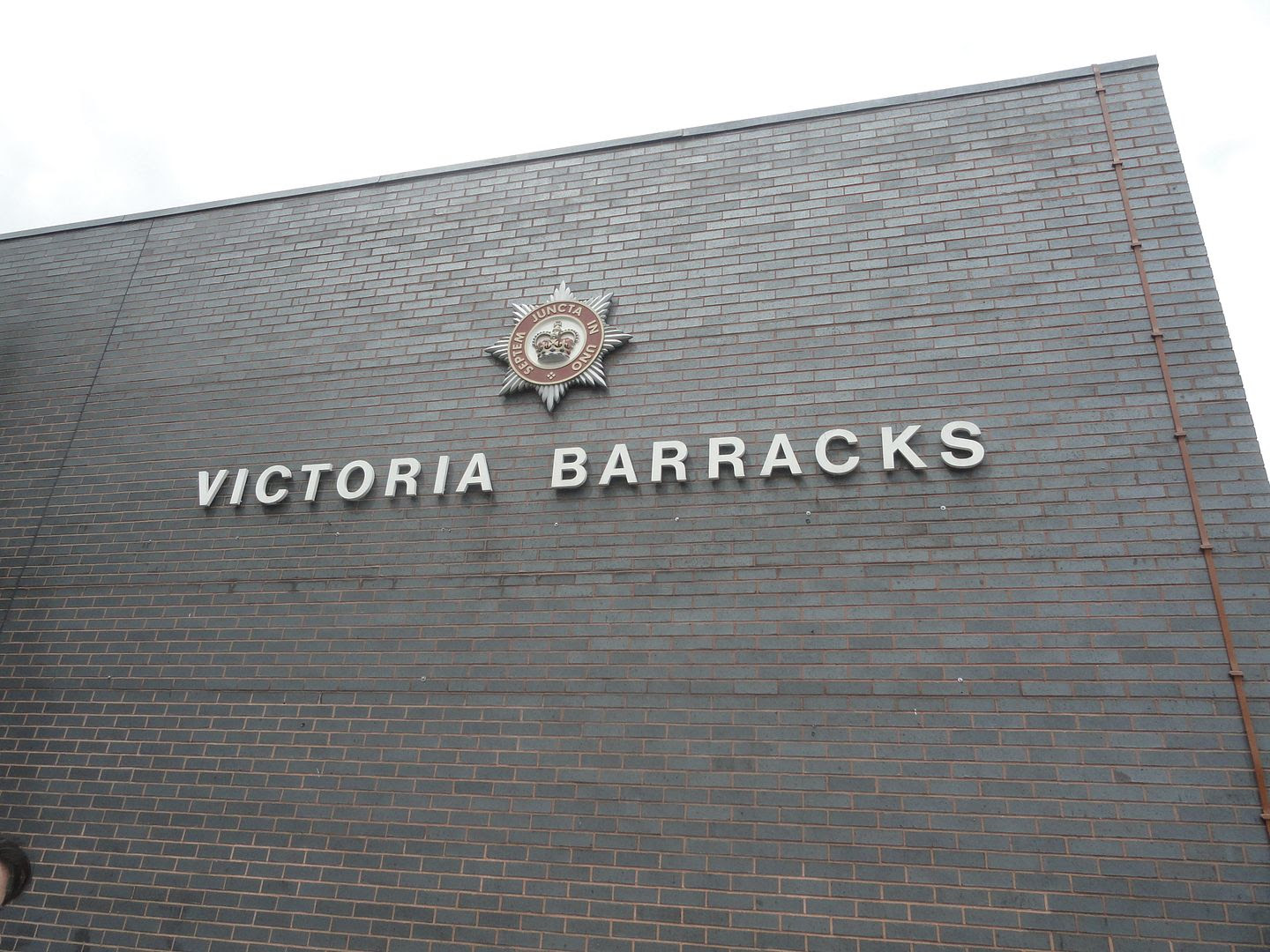 And I think the ceremonial guards had real guns too. Julie thought maybe not. Adam speculated that perhaps the bugles could fire bullets. Adam and I figured the musicians were protecting the guards and the guards were protecting the musicians. We ended up in another part of Windsor, then, and walked back through residential streets. Many homes were decorated with flags, and one had some cloth flags edged in double-fold bias tape, so I figure they were from the 50's or 60's. Maybe they were from the Silver Jubilee in 1977, though; could be. 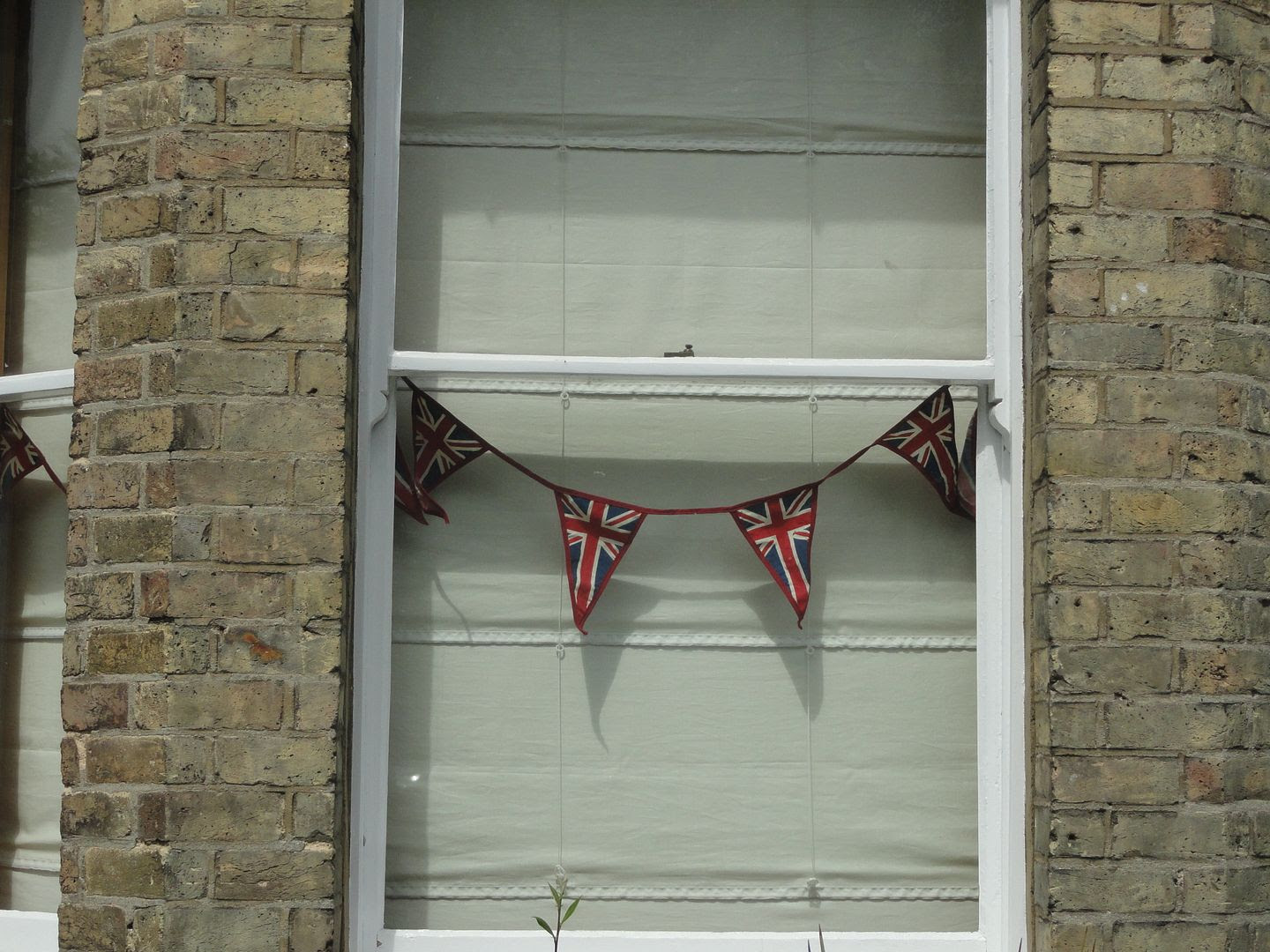 All the others I saw were plastic. Still pretty, but these were historic, early-to-mid 20th century. :-)

Various other decorations on homes, streets, and in store windows:

That fourth one is asking for people to make and donate homemade cakes, and there will be prizes by age categories.
Posted by Sandra Dodd at 1:55 AM