My mom always called peas "English peas." That was to distinguish them from black-eyed peas, which were the default peas in Texas when she was growing up.

Yesterday at a big Tesco grocery store, I saw a full array of peas, in England, which confirms that they are English peas: 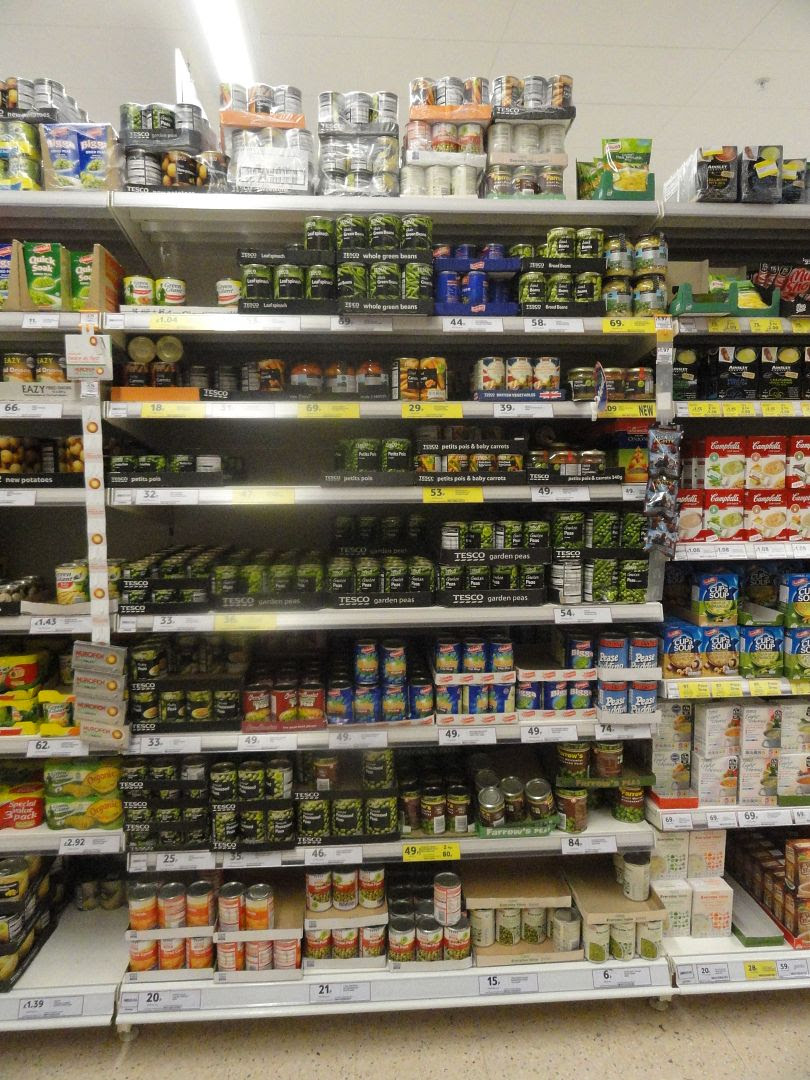 Also, frozen—which is what Julie bought.
A dollar is 64p, 65p thee days, so everything there seems to be less than a dollar except the one in the upper right. 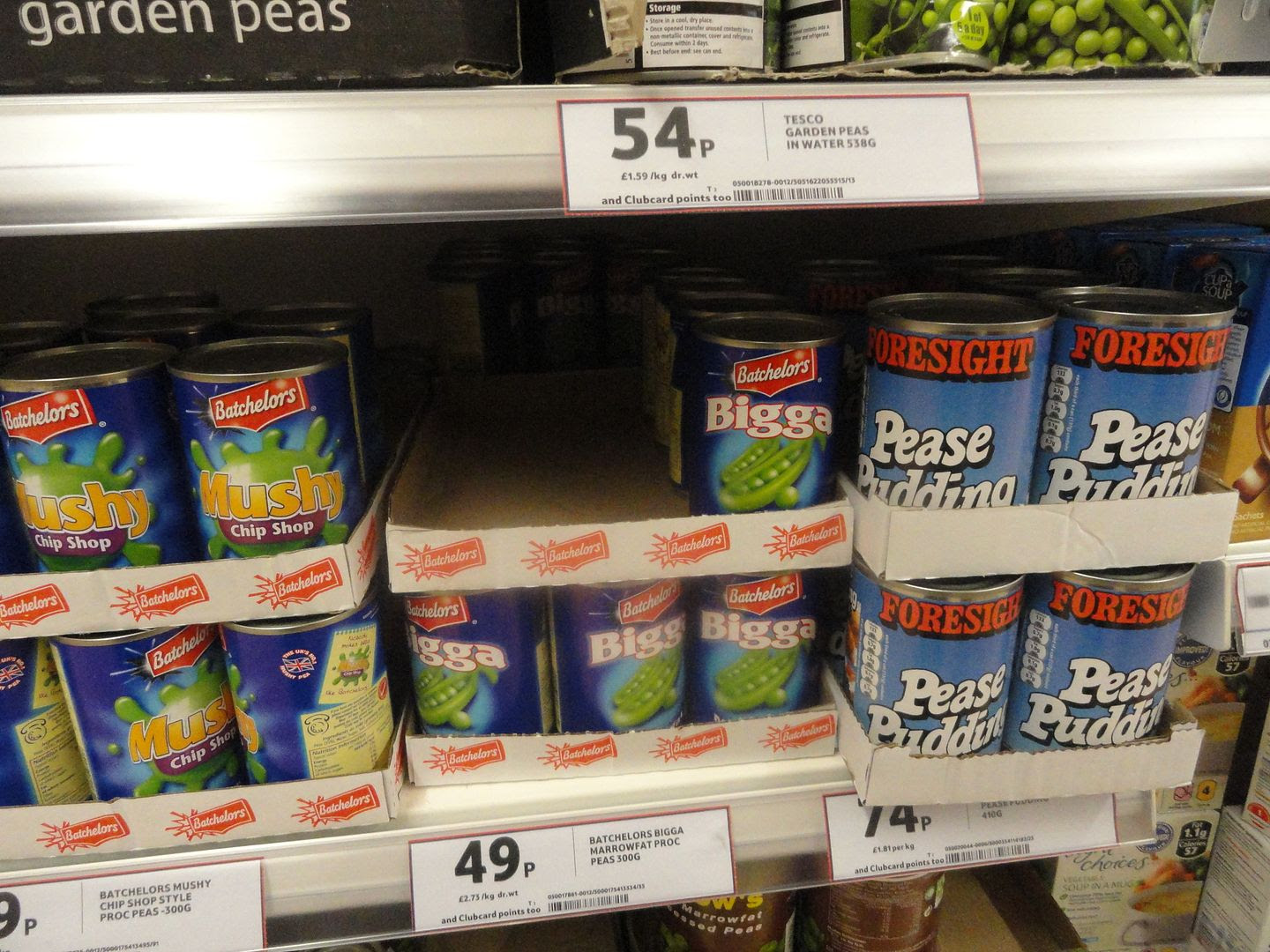 Some other exotic groceries:

They have a Mexican food section now, but the tortillas are very thin and like "wraps," not like substantial bread. They're closer to egg roll wraps than northern New Mexico's hearty tortillas.

But one of the things on that shelf was a twice-removed abomination. They have jars of chopped green jalapeños and of red jalapeño. This is in a vague new place between wrong and odd.

I grew up in Canada. This reminds me of the first time I heard the term "Canadian Bacon". I was in the States and giggled because I'd never heard it growing up. It made me wonder about what else was out there that people from other countries named the the locals would say but it's just ...X... I love little stories like that this whither it's family, regional, provincial, state or country. Why and how do things get their names/labels/titles?