My hosts, Claire Darbaud's family, live in Prevessin Moens. The area used to be two small farm towns, and one of the farmhouses and its barn are right behind the apartments where we are. A good deal of the farm land was sold for housing developments and apartments, which all seem to be about four stories high with balconies and decks. In this fourth-floor apartment, every room has a door to the outside. It reminds me of Hawaii, in that. As much outside living space as inside, nearly, and they can leave the doors open. In fact, the doors have no handle from the outside, so if you're out the door can't be pulled closed from there. And if someone closes it from the inside, you'll be stuck out there. 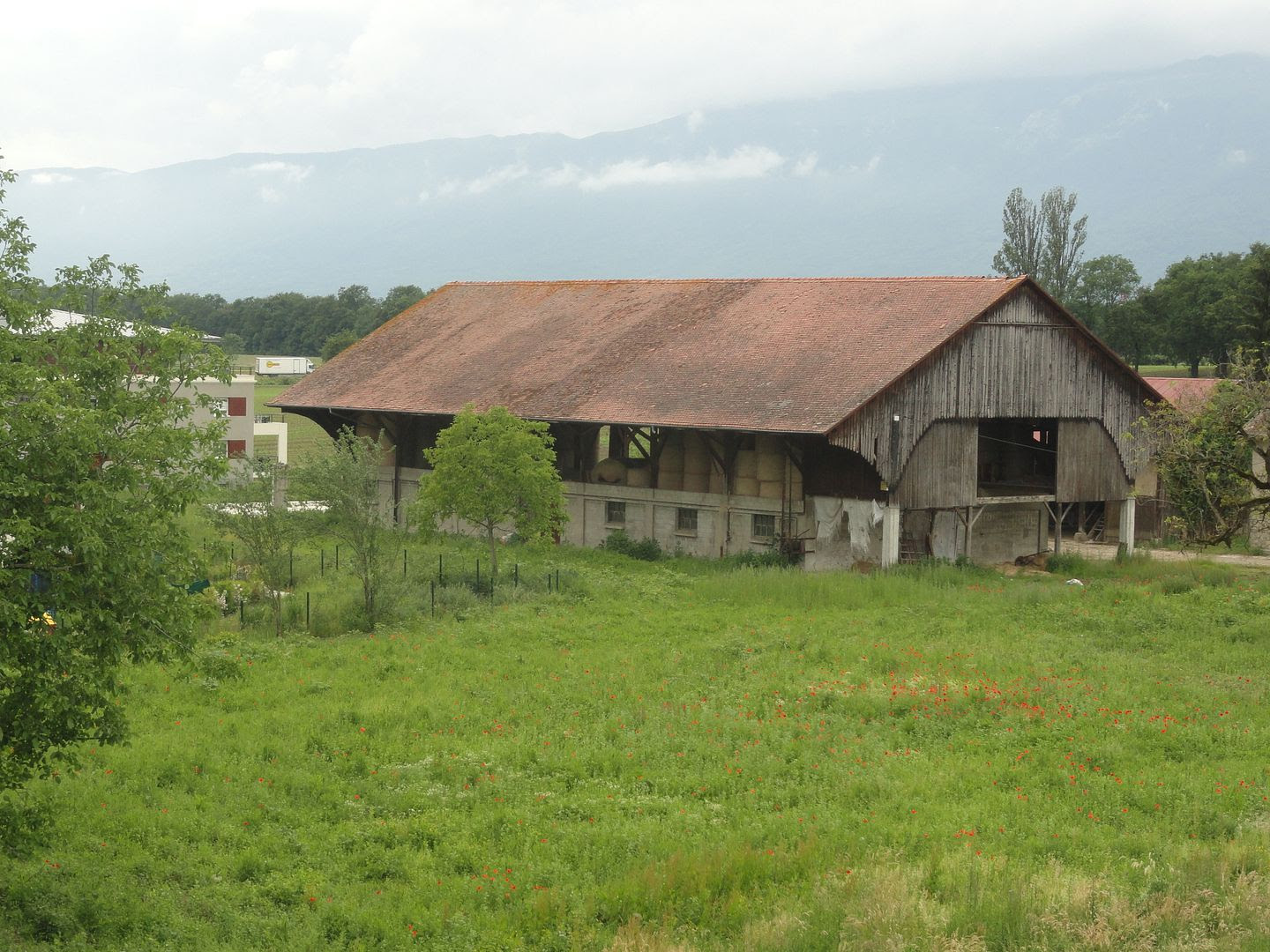 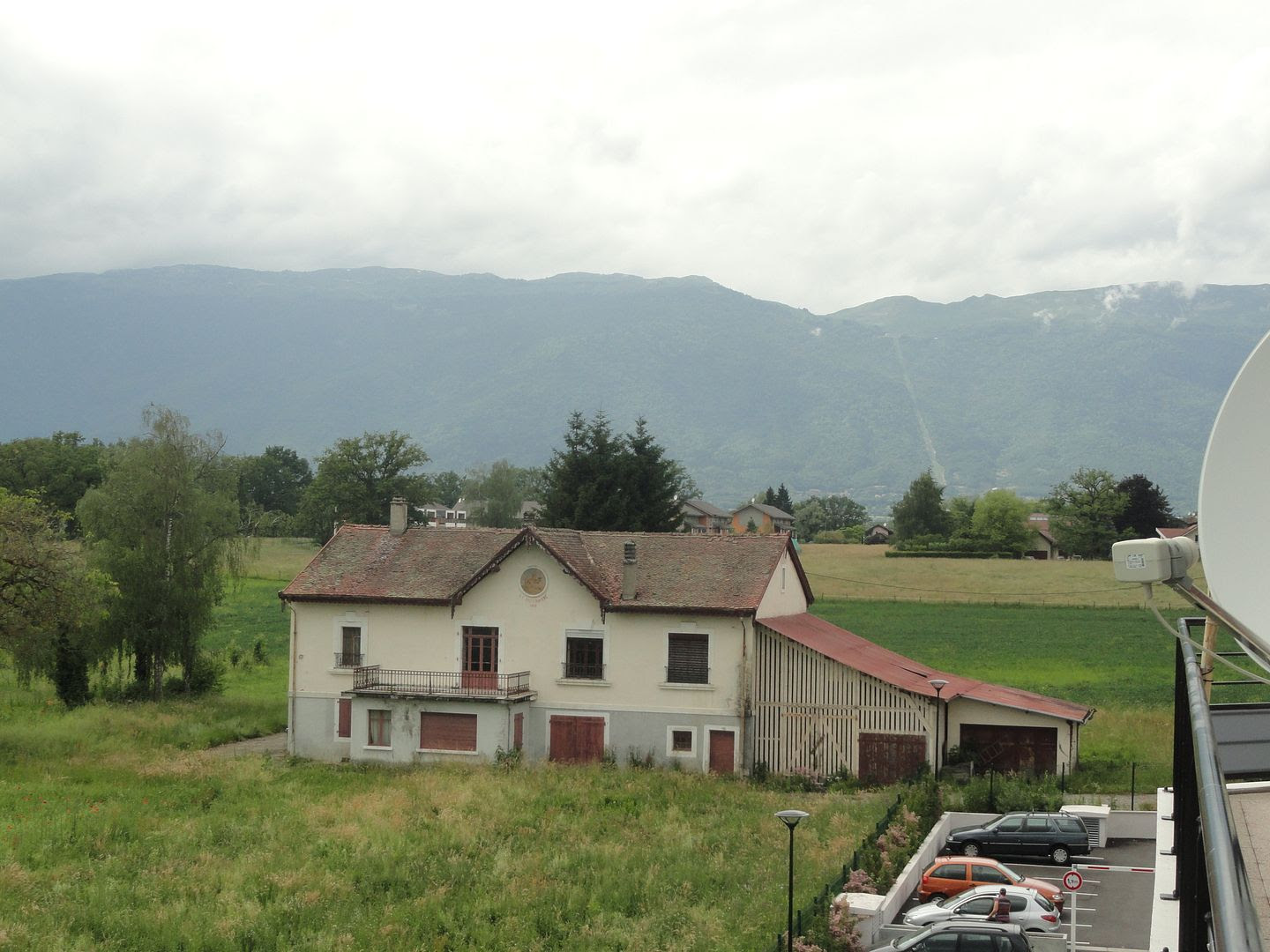 The apartment's decks are offset a bit so that lower floors have sunny parts and parts open to the sky, not just one above the other all the way down. Or maybe the top floor has the best ones, and the 2nd and 3rd aren't right below those.

Not far is a church, and the mayor's office next to it was probably once the residence of the priest, because they match. 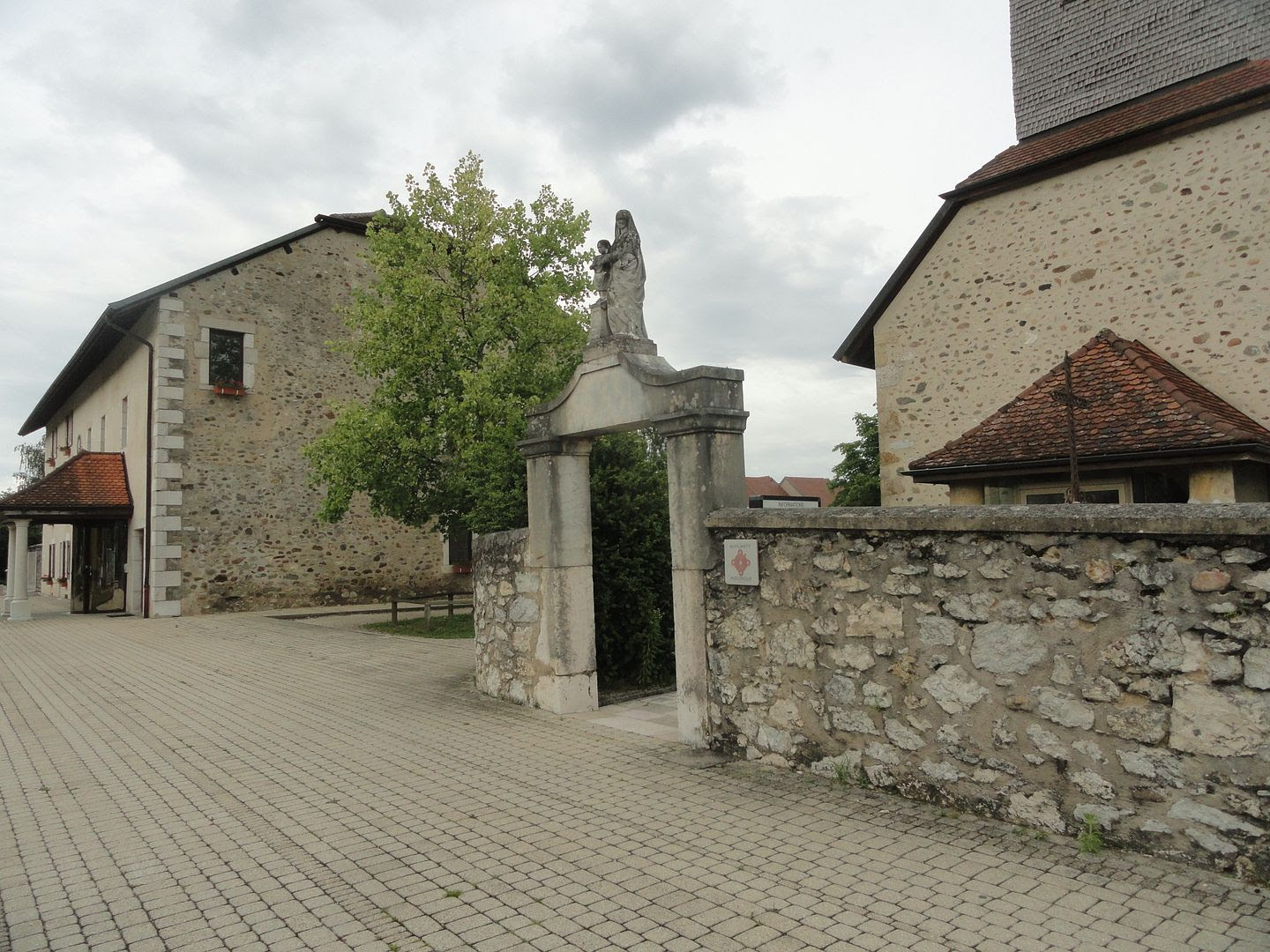 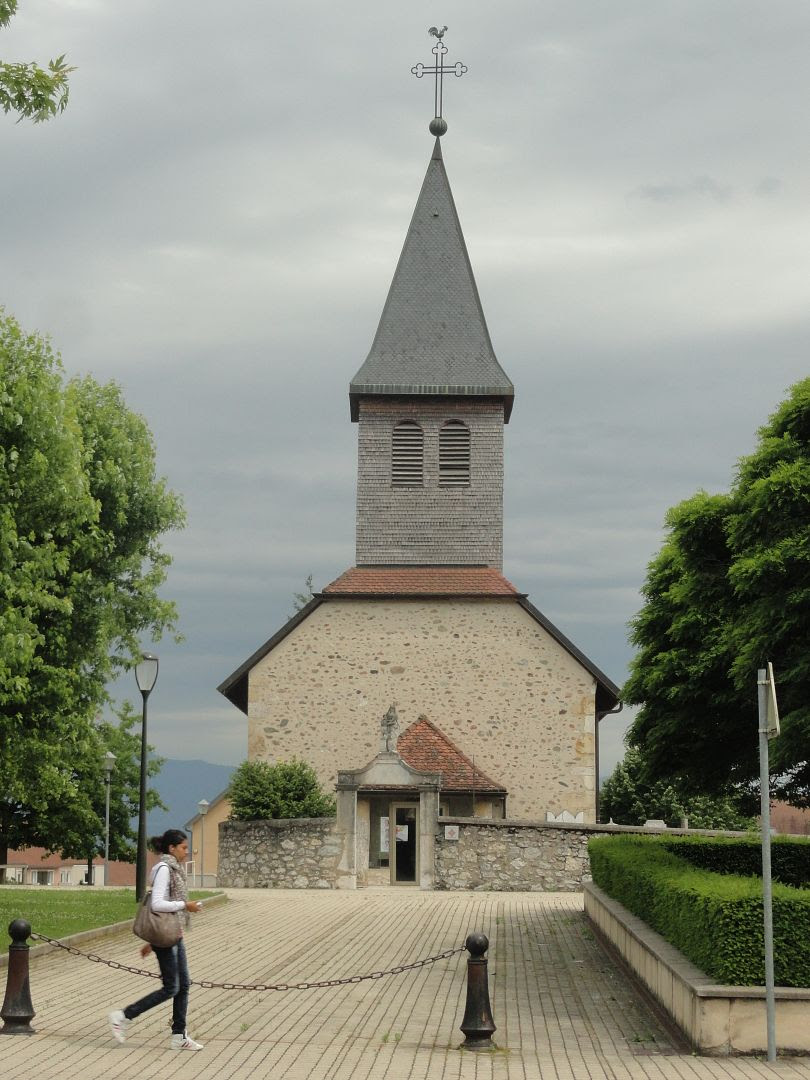 I will bring photos of the graveyard later; we're leaving to see Yvoire.
The graves in the cemetery are not older than the 19th century, but Claire says people buy a concession, and it expires. Many graves have smaller engraved commemorative stones on top of the slab on stands.

There aren't weekly services in the church, but it was open. I should've used flash, but tried not to. There were stone parts that seemed very old, and part of the floor under the altar area was wooden, and some was stone, there was a pattern to it, an arch of wood. I don't know how to describe it and the photo didn't work well.

There was one Jewish grave and one Bahai, one seemed "born again"-ish, and the others seemed Catholic. So it wasn't a churchyard so much as a city graveyard.

Tomorrow we're going by boat to a medieval town called Yvoire. We'll go into Switzerland to get the boat, but Yvoire is in France again. http://www.yvoiretourism.com/chapitre7_en.html