Yesterday Julie, Adam, Addi and I went to an Ox Roast in honor of the Queen's Diamond Jubilee. But more than that, the Queen's ox (from the royal farm at Windsor). And it wasn't the first ox roast at that site. There was an obelisk there commemorating other times. So they'll probably chisel in a note about this one. Or whatever "chiselling" is called when it's done with electric tools. Engraved/inscribed/added.

The ox had been cooked since 2:00 a.m. in a portable gas-powered oven owned by a catering company, and then rolled out down an insufficient-looking little ramp before noon. VERY interesting to see (though we did miss the rolling-out ceremony/moment, and I would have liked to have seen the inside of the trailer/oven). 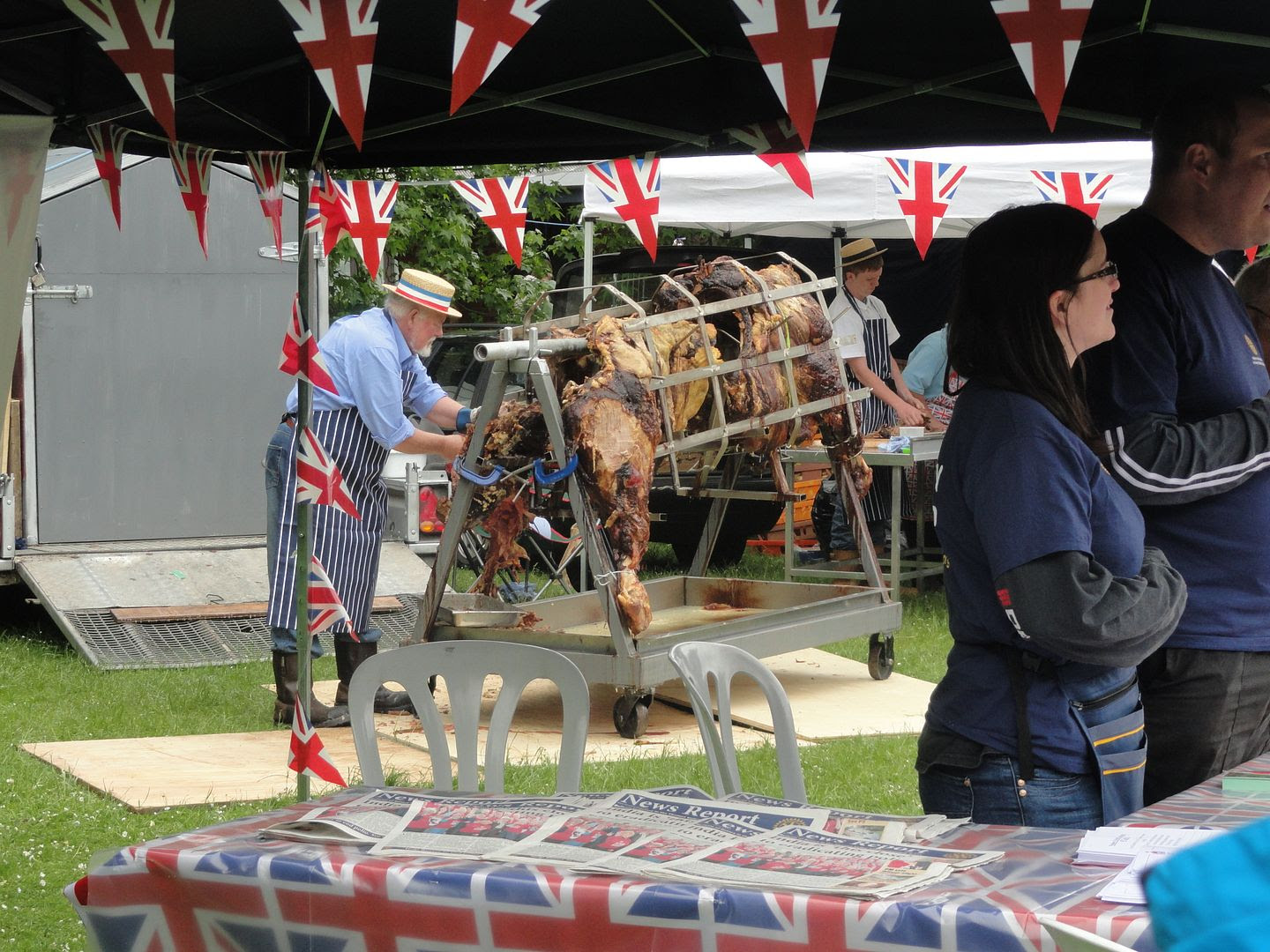 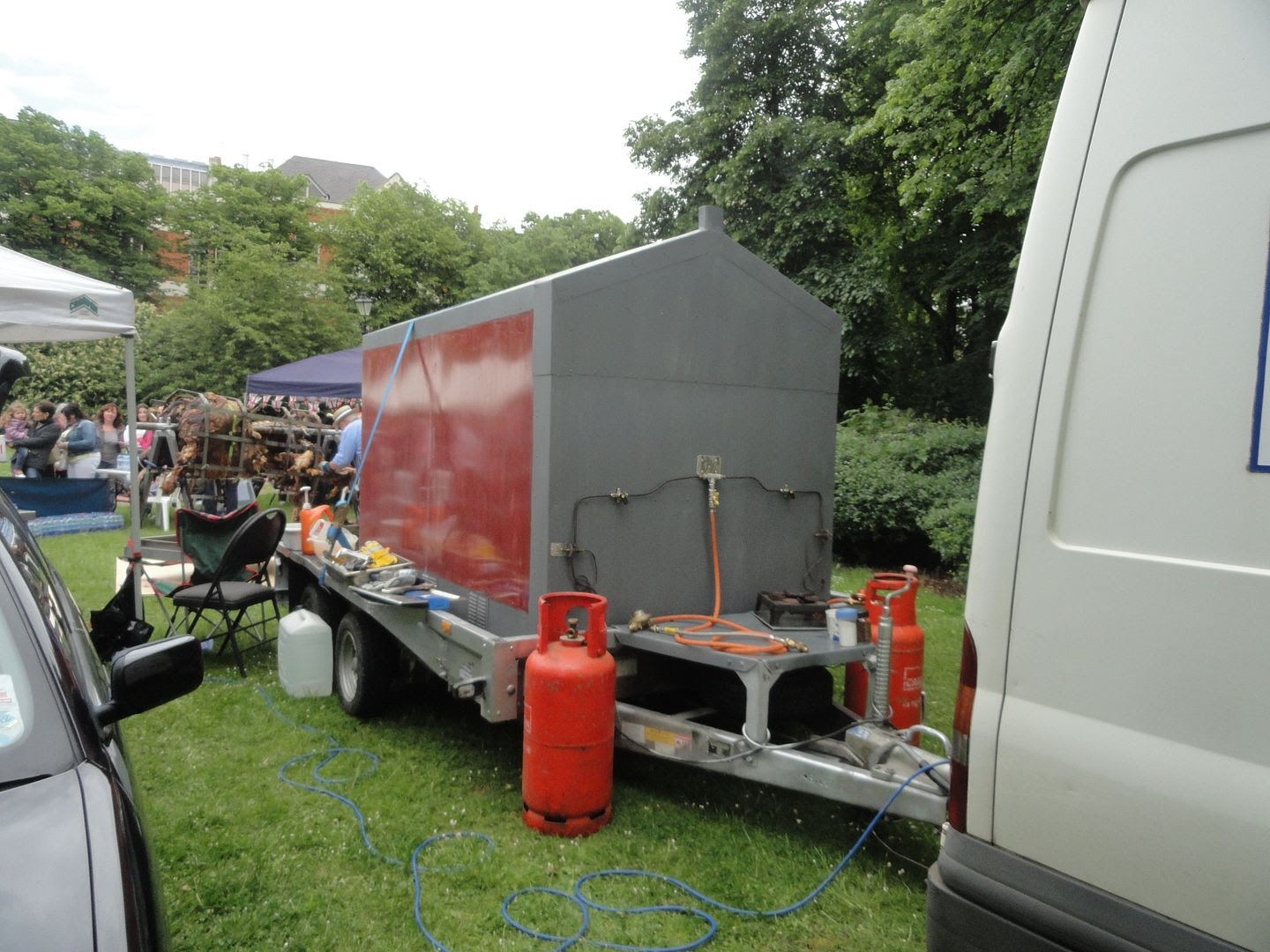 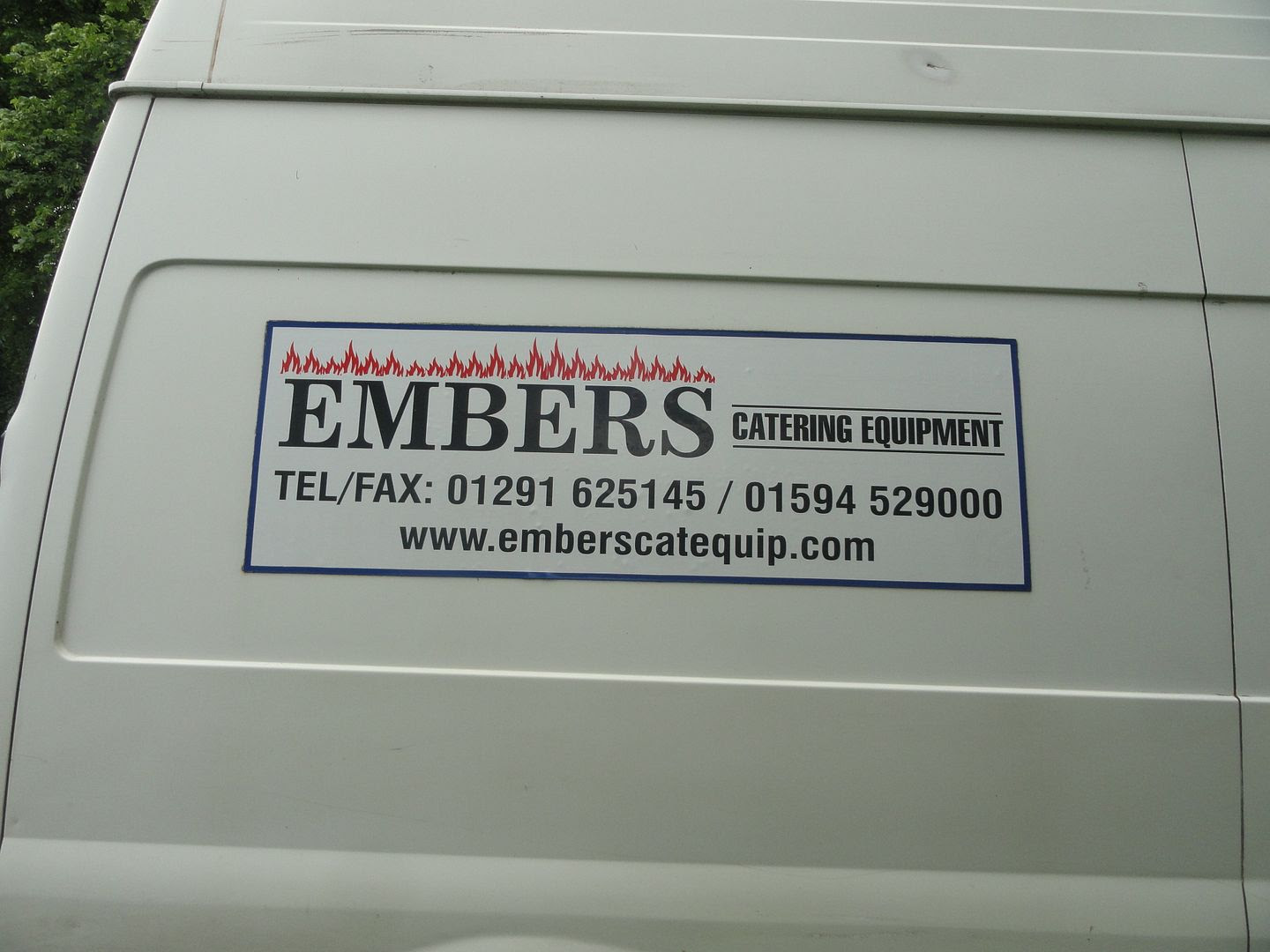 The meat was served up on buns, and there was a table with horseradish sauce, mustard, ketchup, or barbecue sauce. That was it, but it was enough. Eating ox together was ceremonious, like a champagne toast or a wedding cake, I guess. :-)

Some explanation from another person's words:

The Rotary Club of Windsor St George and the Windsor and Eton Town Partnership would like to invite you and your family to come to the our special Ox Roast event to be held in Bachelors Acre, Windsor. There will be children’s activities, stalls, beer and Pimms tent and host of activities throughout the day and of course the centre piece a Roasted Ox.

Please invite your facebook friends to this event http://on.fb.me/JAECLU Sandra says: Don't invite them now; it's over. You could still look at the facebook page, though. It's where I got the image of the 1809 roast.

Profits from this event will go to the Prince Philip Trust Fund which helps so many good causes. The objects of this registered charity are:

There was a trivia contest for children, but it wasn't easy. Part 1 was simple, and it was to go around hte site and collect words on a list, from pictures and clues. But then the first letters of all those were to be rearranged into two words associated with a historic ox roast. The clue (they said) was on the obelisk. But someone said the answer was there, not just a clue. It was hard to find two words with a total of twelve letters, with those letters in it. "Plum pudding," it turned out, fit. In 1809 they had plum pudding. I don't think there was anything served this year that's worth engraving in stone, besides the ox. Sorry we missed out on plum pudding, but it would've involved spoons and maybe bowls, so I understand them going with paper plates and napkins.

There were singers, and a balloon sculptor, happy kids playing, a light rain for a little bit, but mostly clear.

Down below are some sights and sounds. I didn't take a photo of the food, but if you catch someone with a bun and a couple of slices of meat, that was the ox. It tasted great. BUT.. first I wanted to say that there are images of two previous ox roasts (of the four I've seen mentioned; there might have been more), and in each there was a revolving spit. And there's an advantage to that. As they cut some meat off, the next bit can brown, and the inside will be as cooked as the outside. But baking it in a trailer means it's not burned or dried out. 1809 and 2002: 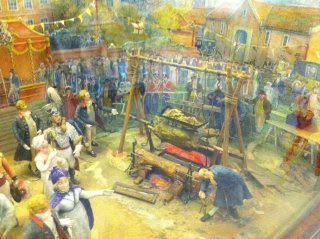 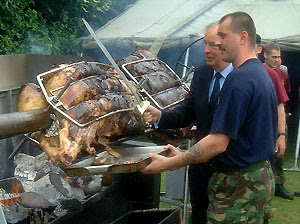 Some little girls dancing, and then the happily expressive choir director.