St. George and the Dragon and a Butcher

The narrator was a Santa puppet, because... just because: 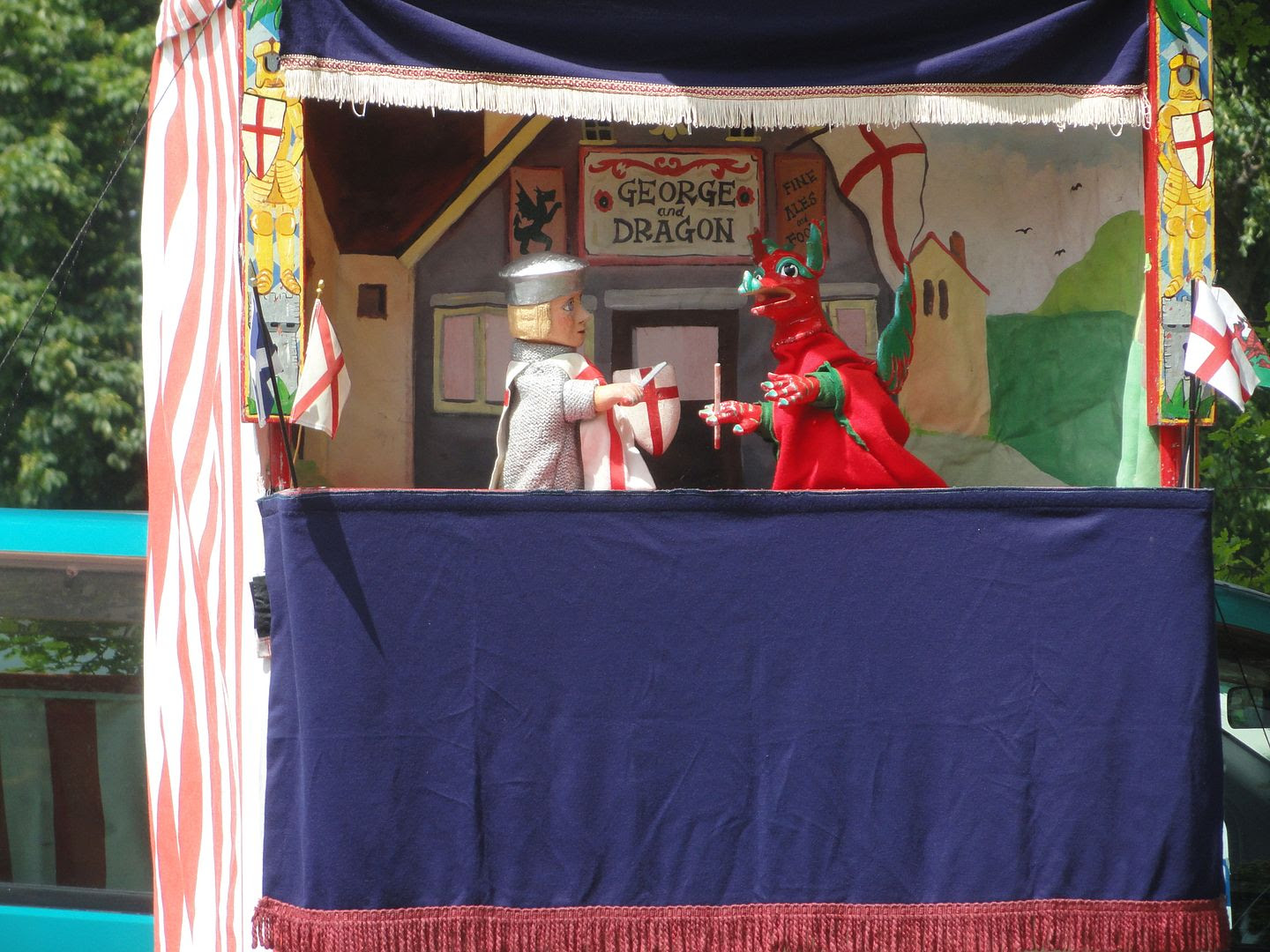 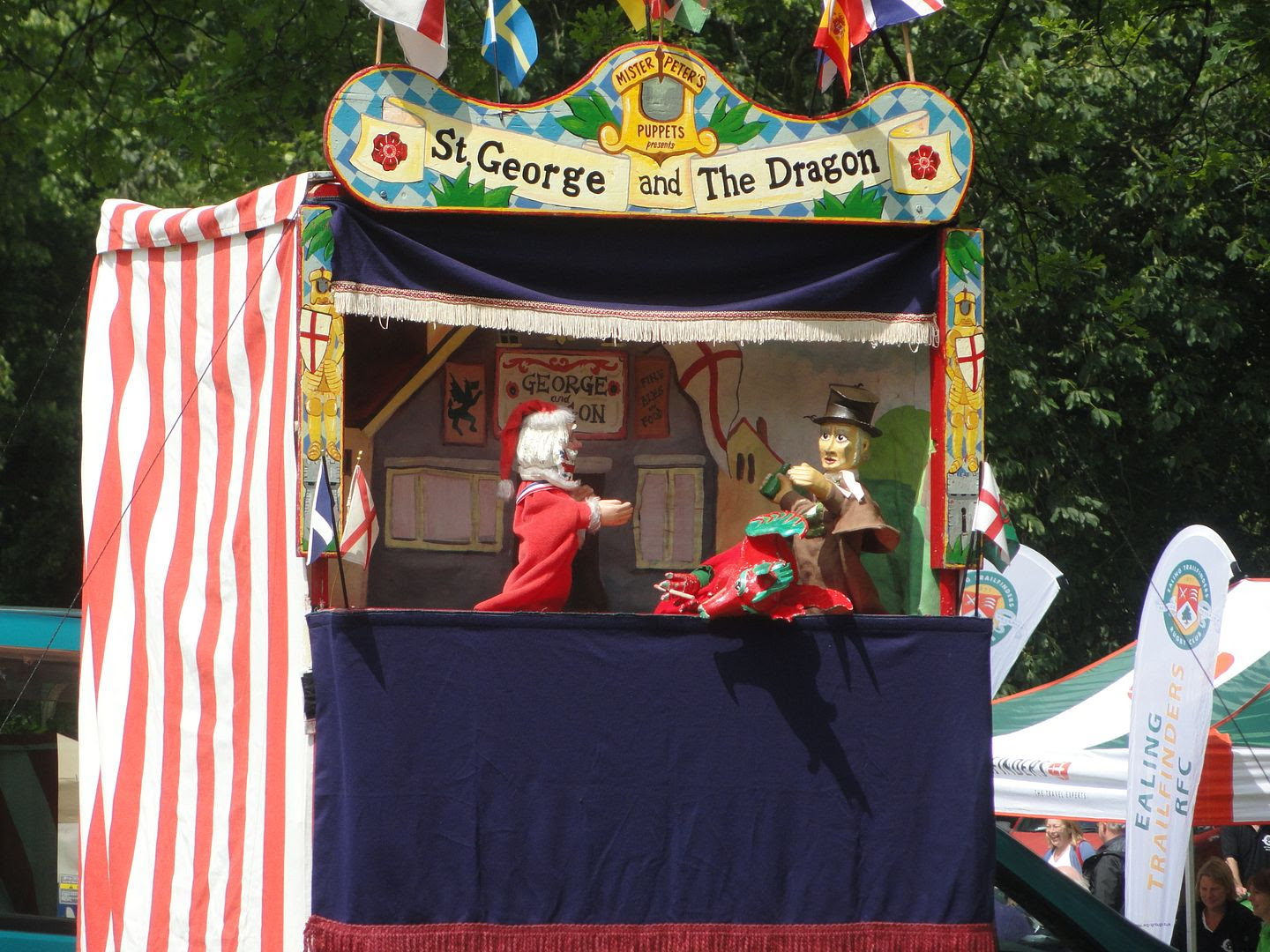 Who put drops of healing potion on him and said:

Ditto, later, for the Turk, who had threatened to kill St. George with "a sword, or something scimitar" (funnier spoken comically, in context and with an English accent). 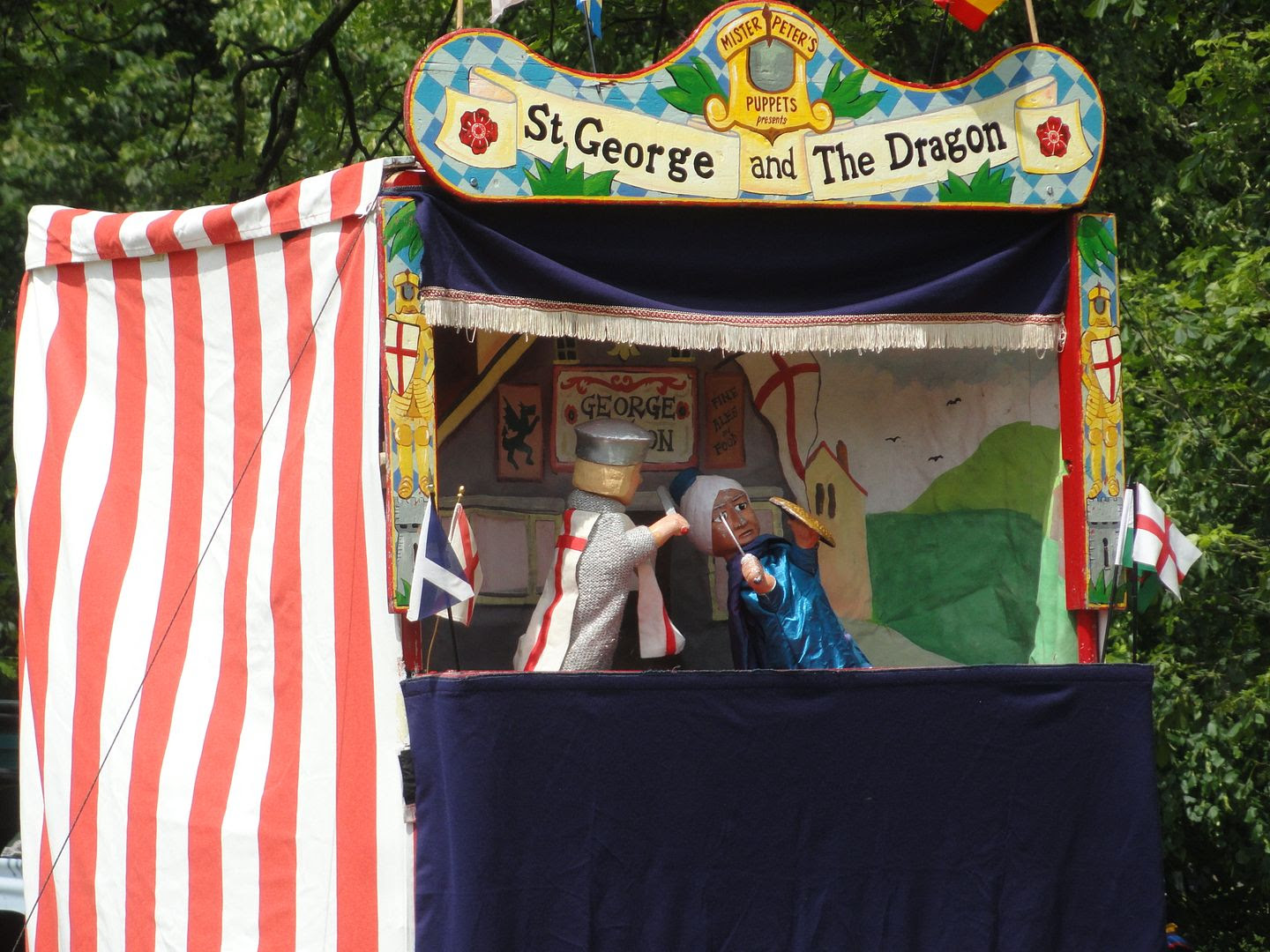 These traditional arts will die out, so I'm glad to have seen this and to have the electronic means to share it. Here is most of the intro:

The crowd continued to grow, as the play progressed. The cordless mic, though, was starting to cut out worse and worse, and I didn't stay for the Grand Finale.

Another type of showmanship is something I first saw near Beverley at a carboot in the summer of the year 2000. A butcher, selling meat out in public from the side of a truck created for the purpose, and he was auctioning it. This guy wasn't auctioning, but he was certainly selling the heck out of it with carnival-style banter, and I collected some to share with you. This was Saturday, June 16, in Staines.

Julie bought sausages, and we had bangers and mash Sunday night.

She also got cut steak or pork (I was standing back) and after it was packaged and I had stopped the camera, they saw one more slice still on the counter, and the comedy routine of adding that to her packet involved the butcher with the microphone saying "You've got to watch out for that one, love—he's on day release. He goes back in before dark." (Or something to that effect...)